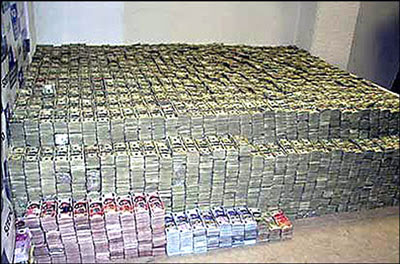 Mexico has always been seen as somewhat entertaining in American culture. In films from the midpoint of the last century, Mexicans were either buffoonish, but evil cutthroats or amusing sidekicks. For years Mexico was a vacation destination for Americans. Not any more.

Today and in a growing crescendo for many years, Mexico is a place whose leading exports are drugs and oil. And, if the murder of Border Patrol Agent Brian Terry hadn’t blown the lid off an Obama administration’s program to “walk” guns into Mexico, specifically for the use of drug cartels, they would likely still be crossing the border in the most inept and criminally stupid plan—“Fast and Furious”—to blame American gun stores for the rising tide of murders there.

In a June article for Businessinsider.com, Michael Kelley reported that “The sting operation led to the sale of over 2,500 firearms, of which fewer than 700 were recovered as of October 31, 2011, and has not led to the arrest of any high-level cartel figures targeted in the operation.”

Ted Galen Carpenter, a senior fellow for defense and foreign policy studies at the Cato Institute, has authored “The Fire Next Door: Mexico’s Drug Violence and the Danger to America.” It will be published officially in October, so you are likely reading about it first here. The Cato Institute is a Libertarian think tank, a public policy foundation in Washington, D.C., funded primarily by some 15,000 individuals.

Carpenter’s book is a damning indictment of both Mexican and American policies regarding drugs. “The global trade in illegal drugs is conservatively estimated at more than $300 billion per year, and Mexico’s share is something in excess of $30 billion.”

Carpenter warns that “The deteriorating security conditions in Mexico, and the risk that the frightening violence there could become a routine feature of life in American communities as the cartels flex their muscles north of the border, makes it urgent that leaders of both countries reconsider their approach to the crisis.”

Let it be said that no one on either side of the border comes away with clean hands regarding this threat. If Americans are bothered by the flow of illegal aliens, many of whom are Mexicans seeking to escape the horrors of the cartel wars, the prospect of those wars occurring in the cities of America will really get their attention. The Justice Department’s National Drug Intelligence Center estimates that cartels operated in 1,286 U.S. cities in 2009 and 2010. It is more than five times the number reported in 2008.

Up to now there have been fairly isolated cases such as Brian Terry’s murder and the murder of Arizona rancher, Robert Krentz in March 2010. Rarely mentioned is the murder of Jaime Zapata, an Immigration and Customs Enforcement agent.

When you put together “Fast and Furious” together with the Obama administration’s efforts to thwart and punish Arizona for passing laws to grant wider powers to its law enforcement authorities, the pattern that immerges is one of indifference for the safety of Arizonans and all others in the border and all other states.

When you add in the refusal of the Obama Department of Justice to make documents subpoenaed by a Congressional committee investigating “Fast and Furious” available and the subsequent indictment of Attorney General Eric Holder for contempt of Congress, as well as the declaration of executive privilege, you are witnessing a level of governmental criminality that rivals Watergate.

The Mexican response has been to return the Institutional Revolutionary Party (PRI) to power. It governed Mexico for decades and was widely seen as corrupt. It did, however, have “a de facto policy of (relatively) peaceful coexistence with the cartels.” For Mexicans that is a better alternative than the current bloodshed.

Carpenter says “There are approximately a dozen drug trafficking organizations that are significant players in Mexico. And several of them—especially the Sinoloa cartel, the Tijuana cartel, the Juarez cartel, and the Zetas—control major swaths of territory. But it is an ever-shifting competitive environment.” With $30 to $39 billion at stake, that is understandable.

There have been many estimates of the cartel’s death tolls in Mexico. Carpenter cites between 47,000 and 51,000 lives, noting that since President Felipe Calderon decided in December 2006 to wage a military-led offensive to crush the cartels, the increasing trend is ominous. Compare this with the 15,000 dead in Syria’s year old civil war and it is obvious that there is a war south of our border and one that is not getting much attention in the nation’s media or at the highest levels of the current administration.

While observers continue to say that Mexico is not yet a failed state, the prospect is out there and America shares a 2,000 mile border with it.

Carpenter suggests that America has to consider the legalization of drugs as a significant way of reducing the enormous income they represent to the cartels.

Vincente Fox Quesada, the president of Mexico from 2000 to 2006, in a forward to Carpenter’s book, says “The fear that legalization would lead to an explosion of drug use seems unfounded. Portugal’s experience with its bold drug policy reforms over the past decade indicates that drug use might actually decline once prohibition is ended.”

So, perhaps the time has come for America to reform its drug laws. If it reduces the obscene amount of money the cartels earn, it’s worth it.

I know the Obama regime is complicit in this, but for once I can't just point a finger at them and say it's their fault.

America, the powers that be, have done little, other than the *dog and pony* show, to actually stem the flow of drugs in and money out, and it goes back a lot further than our current POTUS.

The American economy, at least large sectors of it ie: judges, lawyers, police, probation, rehab, penal system, CPS etc, would be hard pressed to find a way to replace the lost revenue that would result from legalizing drugs. It's a larger part of our economy than people realize. There are as many people dependent on the revenue generated by the war on drugs as there are people addicted to drugs. How ironic! We need a complete reset of our legal, political and economic systems before anything will improve. Bring on the collapse. The sooner the better I say!

Actually, Mexico has been a major player in supplying drugs of all kinds to the US going back for well over 100 years. We actually bought legally grown drugs during World War 11 when other sources dried up. Things really began to heat up in the 80’s and have slowly escalated into total societal chaos, breakdown and civil war in the past 6 years since Calderon’s so-called war on drugs was initiated with the help of billions of American dollars. This has in turn helped with implementing even more unbelievable massive amounts of fraud and corruption at all levels of the Mexican Government and their society as a whole. Law Enforcement and the Mexican Military are totally corrupt, with turf wars among these gangsters’ leading to incalculable numbers of mass sadistic murders, with many American victims that have never been reported. Having personally done business in Mexico for many years I can tell you with absolute certainty that Mexico is one of the most violent, out of control countries and most dangerous in the entire world. I made my last trips to Mexico in the Spring and Summer of 2008 and will never return again as I was threatened to be shot twice by the Mexican Military for absolutely no reason and on two separate occasions during those trips, Mexican Nationals tried to force my vehicle off the highway. There is no rule of law in Mexico and the gangsters have for all practical purposes taken over the entire country controlling all the illegal components such as drugs, prostitution, smuggling of illegal’s, money laundering, extortion, murder and they also control many of the so-called legal segments of the Mexican society as well. And by the way, contrary to what you may have heard the Mexican Population uses and exorbitant amount of all kinds of mind altering drugs. Another example of how bad it really is all along the border, successful Mexican businesses of all kinds have to pay bribes for protection and are extorted out of huge sums of money with many Mexican businesses moving to the American border towns and cities only to find that the Mexican and now American gangsters, extortionists and racketeers have moved into the dusty border towns all along the Rio Grande demanding even larger pay-offs and bribes. It is far worse in Mexico and all along our Southern Frontier on both sides of the border than most Americans understand and I look for Mexico to slowly continue to become even more dangerous, especially with the Institutional Revolutionary Party’s recent win of the Presidential election. They have a long history of being among the most corrupt Political Parties in the entire world and I look for their leaders to push even more illegal aliens and contraband northward, especially since our Communist Fraudulent Prez has recently granted unlimited amnesty and has affectively castrated our Border Patrol and ICE units along with all our border States from effectively implementing any semblance of common sense and enforcement procedures. The new Democratic Base is comprised of gangsters, thugs, illegal’s that cannot read, write or speak English and Gays and Lesbians…what a winning combination to assure we move “FORWARD” as a positive force in the dangerous world we each find ourselves confronted with on a daily basis. I sure hope the Mitt man has started with a Testosterone supplement regimen. He will need all the help he can garner to help him “Man Up” with the problems he will be confronted with as America’s new leader. I sincerely hope his first act will be to incarcerate Obama for treason.

Our nitwit President Nixon is responsable for all of this, and his "Blue Ribbon Panel" which consisted of blithering idiots.

I would have to say that Americans did not learn anything from the terrible days of the prohibition of alcohol.