Having secured enough of the Republican delegates to their forthcoming convention, Mitt Romney has smoothly and effectively locked up the nomination to oppose Barack Obama. It is easy to forget how many candidates he had to defeat in primaries around the nation.

Dick Morris, a Fox News political analyst, is on record saying he believes Romney will win in a landslide. Obama’s poll numbers regarding performance have been poor for months now and recent events such as the Supreme Court decisions regarding the Arizona immigration law and the court’s conclusion that Obamacare is a constitutional TAX have surely undermined any question of Obama’s integrity.

The question the media and others are asking is whether Romney will choose Florida Senator Marco Rubio or Ohio Senator Rob Portman to be his running mate as Vice President. If the Romney team believes it needs to peel away some of Obama’s Hispanic voters, Rubio gets the nod, but Ohio is a very important swing State too.

Politically, there is a problem because Rubio’s parents are not “natural born” Americans, having emigrated from Cuba. This is the charge against Obama whose father was a citizen of Kenya by those who assert that he was ineligible to run for the presidency. To ignore the issue validates Obama’s claim to legitimacy.

Some—not all—Hispanics may favor Obama’s end-run concerning the SCOTUS Arizona decision. Using the Department of Homeland Security, Obama declared that it would not deport any of the children of illegal aliens who are here because their parents brought them. They have grown up here and are, for all intents and purposes, Americans. It is doubtful, too, that most Americans want them deported and I agree.

Sen. Rubio recently had an autobiography published, “An American Son”, that tells the story of his Cuban ancestors and immediate family that fled that prison island to seek freedom and opportunity here in America. I witnessed the first wave of Cuban immigrants fleeing the Castro regime while a student at the University of Miami in the late 1950s.

The Rubio autobiography is easy reading; a political document that tells the story of his decision to enter politics while pursuing a career in law. His rise to be the Speaker of the Florida House is truly remarkable. He is still a young man in his early forties and his ascent was rapid due to his mastery of political skills, the conservative principles he espouses, and the support he received from Florida politicians including former Governor Jeb Bush. 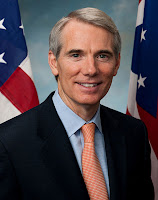 At this point Sen. Portman is less known among Republicans, but if he is chosen that would quickly be overcome. He has a very impressive resume, having served from 1993 to 2005 in the House. In 2005 President Bush nominated him to be the United States Trade Representative. The next year, Bush nominated him to be the Director of the Office of Management and he was confirmed in May 2006. He was elected Senator in 2010.

In person Portman is very low key, an ideal partner for Romney who exhibits the same characteristic and has even been criticized for it. Many Americans, however, may be tired of the theatrics of Obama at this point. Portman’s broad background in government is a plus because he answers reporter’s questions calmly and fully. My instinct tells me that the choice will be Sen. Rob Portman.

For Republicans there is no choice in the forthcoming November elections. Either Obama is defeated or he will continue to destroy the nation’s economy and its standing in the world.

My choice between the two would be Portman. I am afraid Rubio would be a liability due to his family history. We don't need to hand the Obama Campaign ammunition.

That's why I wrote this commentary. Portman would make an ideal Veep candidate for Romney.

What about Allen West?

Allen West would be my choice, but Romney needs to win.

Contrary to what some think, a VP choice can not win an election. At most a running mate can hurt. That leads to the mantra of "do no harm." Rightly or wrongly, some partly blame Palin for McCain's loss. I disagree, but it doesn't matter. The narrative is established that Romney needs to avoid a controversial VP pick. Portman is not exciting to our side, but he also won't rile up the other side or scare off independents. Sure, the crazies will quickly label him extreme, but unless Romney picks a gay abortionist his running mate will be denounced as a right wing extremist by the Pelosi types on the left anyway.

Romney better get this right, God help him if he doesn't, the total demise of the USA will be on his, and the GOP's shoulders...

No one seems to remember WHY Obama got elected; it wasn't his charm or charisma, it was because the GOP offered up the weakest ticket imaginable...

The Veep choice must not hurt the ticket in any way. That's rule one. And elections are not lost on who the Veep choice is. So Portman fits the bill.

May pick is Sarah Palin...

I want to see the videos of millions of Leftists foaming at the mouth and chewing their carpets to pieces :-)

Alan West would be good too...

It doesn't make a difference regarding parents . . . Rubio was himself born in the US . . . automatically makes him a "naturally born citizen of the US of A".

Normally, a veep is the "favorite son" in a state with a large number of electoral votes, that the Presidential candidate is not likely to carry.

And the selection is announced at the National Convention.

Romney has plenty of time to see just how the state voters in the various states' opinion swings.