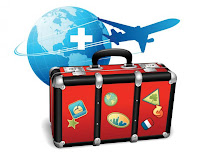 The news of the world is on any given day is usually quite awful. Some days are worse than others and that seems to be the case of late.

On Thursday a Rasmussen Reports poll said that 62% of likely U.S. voters believe that economic growth is far more important than Obama’s socialist blather about “fairness.” Typically, 30% favored the latter.

There’s been a steady trickle of bad news for Americans wondering if we will ever see an economic recovery. The nation can recover, but only if we change presidents in November. The U.S. is headed straight over the cliff on January 1, 2013 if Congress does not take action to avoid the implementation of billions in tax increases and, for that matter, the repeal of Obamacare.

An automatic sequestration of funding will particularly hit defense, leaving its budget some 30% smaller in ten years. As a Wall Street Journal editorial noted on Thursday, “The U.S. would be left with the smallest Navy since World War I, the smallest ground forces in 70 years, and at just over 2.5% of GDP, the smallest defense budget since Pearl Harbor.” That spells T-R-O-U-B-L-E.

Let’s look beyond our shores.

I suspect that Europe is a long way from solving its financial crisis. The European Union has held more than seventeen summits in recent times and not one of them has “solved” the problem inherent in the Euro or the natural tendency of sovereign nations to look out for their own interests at the expense of others. Expecting the EU to overcome centuries of warfare, distrust, and mutual disdain, is not likely to have a happy outcome.

Back in October 2011, I shared my doubts about the EU, citing a book by Dr. Johan Van Overtveldt, “The End of the Euro”, subtitled “The uneasy future of the European Union.”

Overtveldt identified the central weakness of the European Union. “History teaches us that, in particular, the lack of real political union is a major barrier to the durability of a monetary union and its single currency.” The problem of the EU and the euro “is the loss of an independent monetary policy” because what works for Germany does not necessarily work for France, Spain, Italy, Greece, and the other EU members.”

Why something as obvious as this did not occur or did not deter the creation of the EU is one of those mysteries that must be left to future historians. Suffice to say, Germany is the EU’s strongest economy and, after Europe’s central banks get tired of moving billions around between them, the Germans will want to return to the deutschmark even if it takes a short term hit.

The Middle East is providing the usual barbaric blood and gore these days in Syria. Every one of its neighbors is praying that Bashar al-Assad, the second generation dictator there, will be killed ala Libya’s late Moammar Gadhafi so Syrians can patch together a government.

Egypt has held elections and a Muslim Brotherhood candidate is now its president, but the real power there is still held by the military and Mohamed Tantawi, its commander in chief. What we’re watching is political drama, not political reality.

Iraq has been experiencing the return of horrific bombings which are the usual Sunni versus Shiite discord.

On Wednesday the Iranians reminded us of their fanatical hatred of Jews, bombing a tourist bus in Bulgaria filled with young Israelis on holiday. They were swiftly identified as the perpetrators by Israel’s Prime Minister whose nation is literally surrounded by enemies. Israel’s (and America’s) biggest threat is a nuclear Iran and one is inclined to believe that the Israelis will never permit this to occur.

South America is a mixture of some nations such as Brazil doing well. Unfortunately Venezuela’s Hugo Chavez apparently will not die from cancer. Mexico is a virtual narco-state and conduit for drugs into the U.S. Mexicans just voted for the return of a political party noted for its history of corruption and its willingness to look the other way in exchange for less drug cartel violence.

Africa never seems to change for the better. For all the billions in foreign aid and charity that has been pumped into African nations over decades, they continue to fester in one fashion or another. There is so little good to be said of Africa that it rarely makes news.

Asia does not appear to pose any problems for the U.S. at present except for the huge amount of U.S. treasury notes held by China. President Obama is making noise on the campaign trail about China, but the U.S. is a wholly owned subsidiary. With a billion and a half people, China has its own problems. Meanwhile South Korea and Japan seem to be doing well enough. North Korea remains a disgrace to mankind.

Australia just had a “carbon tax” imposed on it by its government despite widespread opposition. It will ruin its economy and the lives of its citizens.

That’s a short world tour and I would suggest that if you have in mind taking a vacation this summer, you should consider the many wonders of America or Canada as opposed to the horrors of most other places.

"All is for the best in the best of all possible worlds" :-)