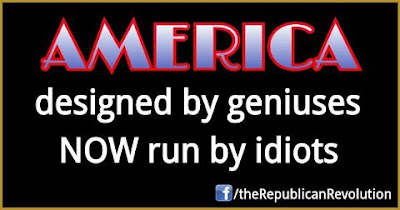 The Fourth of July is a good time for a quick look back on the nation’s history.

On July 5, 1776, John Adams wrote, “Yesterday was decided the greatest question which was ever decided among men. A resolution was passed unanimously ‘that these United States are, and of right ought to be, free and independent states.’ The day is passed. The 4th of July ’76 will be a memorable epoch in the history of America. I am apt to believe it will be celebrated by succeeding generations, as the great anniversary festival. It ought to be commemorated as the day of deliverance by solemn acts of devotion to Almighty God.”

When I was a youngster in the 1940s in my little New Jersey hometown, the Fourth of July began in the morning with races for the various age groups of children, was followed by a circus in the afternoon, and finished with a great fireworks display. In the years since other events such as a concert before the fireworks and baking contests in the morning were added. It is as typically American as one can imagine.

It is a far cry from 1774 when King George III of England said of the American Revolution, “The die is cast. The colonies must either triumph or submit.” We did not submit.

America began its road to nationhood with the 1781 Articles of Confederation, but by 1787 it was clear to everyone that America needed a federal government to tend to the wider common needs of thirteen States and those to come.

Today, the Constitution is being tested as never before by a President who be king if he could. His disdain for the division of powers between the branches of our government is matched by his contempt of everyday Americans.

The U.S. Constitution is the oldest functioning document of national governance still in use. There have been amendments over the years, initially with the first ten known as the Bill of Rights. They were insisted upon by the original States before they would ratify it. To this day, England has no constitution.

In May 1787 fifty-five men, ranging in age from twenty-six to eighty-one gathered in Philadelphia and spent 116 days putting together a Constitution that deliberately slowed the process by which legislation could be passed, knowing how the passions and enthusiasms of men, often ill-conceived, could result in a bad outcome. Was there ever a nation so blessed to have men like George Washington, Thomas Jefferson, John Adams, James Madison, Alexander Hamilton, and Benjamin Franklin in the same room?

In Federalist Paper #1, written in 1787, Alexander Hamilton wrote, “It has frequently remarked that it seems to have been reserved to the people of this country, by their conduct and example, to decide the important question, whether societies of men are really capable or not of establishing good government from reflection and choice, or whether they are forever destined to depend for their political constitutions on accident and force.”

It was not a perfect nation. To achieve a Constitution, the seeds of the Civil War—four score and seven years later—were sown in its oblique acknowledgement of slavery, a major compromise at the time. Beyond slavery there were issues involving the conduct of commerce that strained relations between the northern and southern States.

The original thirteen States feared that the federal government would grow too powerful. The nation is now composed of fifty independent sovereign republics, but in the case of Obamacare, twenty-seven States opposed it before the Supreme Court. Short of its repeal, their only recourse is nullification, refusing to enforce it.

The latest constitutional crisis could have been avoided if the President and his Party had not deliberately lied to Americans, saying repeatedly that Obamacare was not a tax and then admitting that it was before the Supreme Court. That is perfidious behavior worthy only of despots.

So, this year on the Fourth of July Americans are asking if the Constitution still protects them in a time:

# When the national debt exceeds $17 trillion,

# When the administration will not permit States to protect our southern borders,

# When our military has been reduced in strength and capability,

# When 0.038% of atmospheric carbon dioxide is declared a “pollutant” by the EPA,

# When the administration opposes requiring people prove they are citizens in order to vote,

# When the administration says it will not enforce the Defense of Marriage Act,

# When the government can compel you to purchase whatever it wants you to and fine you if you don’t.

The answer is that the Constitution does protect Americans. We still have the vote. Now we must ensure that everyone understands what is at stake because America has been falling prey to stealth socialism for a very long time.

We must restore the fundamental principles of limited government, fiscal prudence, and individual rights. And we shall.

It is often said, that "the sovereign and all other power is seated in the people." This idea is unhappily expressed. It should be—"all the power is derived from the people." They possess it only on the days of their elections. After this, it is the property of their rulers, nor can they exercise or resume it, unless it is abused. It is of importance to circulate this idea, as it leads to order and good government.

"Who knows only his own generation remains always a child."

This reminder of our history is badly needed. Too many of the electorate today make their judgments based upon immediate self-interest, or worse, upon unquestioned dogma that they consider safe. Perhaps for such "children", in this election year, the above aphorism should be worded, "Who votes only according to the current political correctness of his party or cultural group, rather than with absolute regard for the unalienable rights of individuals over those of any state, as enshrined in the Declaration of Independence and the U.S. Constitution, is only a child playing at being a responsible adult." Supreme Court Justice John Roberts, for example, has just revealed himself to be such a spoiled child, who does not deserve the judicial office he holds.

I think it might be interesting to note that we no longer say "these united states". After the Civil War it became "The United States”. That is a thought worth pondering. Along with the repeal of the 17th amendment!

I linked this article to my blog.

We stand today only one election away from these outcomes...

1. Behind Door Number One we have the naked tyranny of a socialist government with economic collapse almost inevitable.

2. Behind Door Number Two we have civil war when the patriot minority says, "HELL NO: WE WILL FIGHT!"

3. Behind Door Number Three we have overwhelming Republican majorities swept into Congressional power and Romney as president. This will begin the peaceful restoration of the Republic.

I think all rational Americans pray for Door Number Three and peaceful redress.

Conditions are a whole lot worse even. I have been a professional civil engineer since 1967, with transportation as my main focus.

The vast majority of those bridges have not been replaced, and have been poorly maintained.

As all those bridges fail very soon in the future, transportation will come to an abrupt halt. Some have already failed, with a failure of transportation needs.

In just a few short years at the most, this nation will not have much of any transportation system at all.

Reinforced concrete is not forever.

Larry, the society of civil engineers have been issuing the same warnings about bridges for years, but I suspect a couple will have to fail--and kill a bunch of people--before anything is done.

I wonder what Obama did to celebrate the 4th of July ...

We grilled some burgers, watched fireworks, and discussed the future of the Republic. I'm guessing Obama spent the day drafting a few more executive orders ...