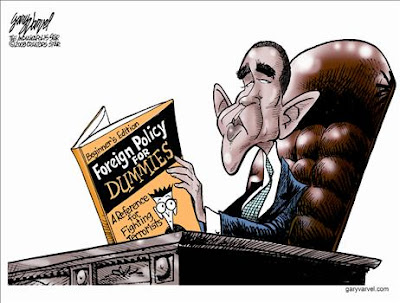 Other than the sound bites on the TV news, I doubt that most people have actually read Mitt Romney’s Monday speech at the Virginia Military Institute. It was extraordinary and demonstrated a grasp of the many regions of the world that pose problems for their citizens, their neighbors, and, in some cases, the whole world.

The world always has been and likely always will be a dangerous place somewhere. When I look at the United Nations headquarters in New York, what I see is a place that would make a decent condominium, complete with its own theatre, because it is the most failed international institution on Earth.

Even though the UN has 192 members, the U.S. in 2010 contributed on average between 22% and 27% of the budgets for thirty-seven UN organizations, agencies, commissions, and programs. With the exception of Western member nations, the UN is a cruel charade about peace, human rights, and democracy.

There’s an independent watchdog organization called Freedom House that performs a valuable service by surveying the nations of the world to identify those where freedom is still struggling to emerge. In its recent report, “Countries at the Crossroads 2012” it spells out where the trouble spots are and, without intending to, it is also a global map of Obama’s pathetic foreign affairs policies.

If you put the Freedom House report side-by-side with Mitt Romney’s speech text, you would discover that he has a remarkable grasp of the realities of the shifting dynamics of world affairs. As he said in his speech, “Hope is not a strategy.” If anything, Obama’s strategies—assuming he even has any—have demonstrably weakened America’s role in the Middle East and throughout the world. A President who does not attend daily intelligence briefings as those before him did is quite simply absent without leave.

Freedom House analyst, Vanessa Tucker, says bluntly that “The weakness of the governance institutions in the Middle Eastern and North African countries can be seen in the riots occurring across the region and the authorities’ inability to respond effectively to unrest. After decades of corrupt and repressive rule, citizens in these states are facing brutal and ineffective security forces, habitually divisive and confrontational politics, and a lack of productive avenues through which to lodge their grievances and assert their rights.” 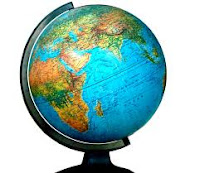 Most Americans cannot even imagine living in such places, but most Americans have not lived in nations where Islam, an inherently oppressive faith system, is the rule and where often secular despots enforce it to their personal gain.

It’s not just the Middle East. In Latin America there has been a surge of violence and organized crime—drug cartels—have not hesitate to kill journalists in Mexico and Honduras, affecting as well the political process in Mexico and in Guatemala. In Asian nations, particularly Sri Lanka and Vietnam, Indonesia and Cambodia, the governments continue to restrict freedom of expression. South Africa is suffering the dominance of the African National Congress and there are electoral abuses in Malawi and Uganda. Tanzania and Zimbabwe are cesspools of corruption.

Romney’s speech was filled with specifics, but you would not know that from the way it was generally under-reported.

# Romney identified the attacks in Libya and against our embassies in “two dozen other countries, mostly in the Middle East, but also in Africa and Asia” as evidence of widespread anti-Americanism. They were, he said, the work of those “who seek perpetual war on the West.” Can you spell j-i-h-a-d? Romney can.

# Romney said, “I will put the leaders of Iran on notice that the United States and allies will prevent them from acquiring nuclear weapons capability.” By contrast, Obama has done everything he can to reduce the U.S. nuclear arsenal.

# Romney said, “I will roll back President Obama’s deep and arbitrary cuts to our national defense that would devastate our military. I will make critical defense investments that we need to remain secure. The first purpose of a strong military is to prevent war.” That is a lesson that even the Romans understood when they said “Si vis pacem, para bellum” If you want peace, plan for war.

# Romney said “I will champion free trade and restore it as a critical element of our strategy…the President has not signed one new free trade agreement in the past four years. I will reverse that failure.”

I have never lived in an America that was not a world leader and, following WWII, a superpower. For more than four decades the U.S. faced off against the former Soviet Union until its collapse. The U.S. Navy has kept the sea lanes of the world open. The U.S. has gone to war when it was deemed the only option.

Obama has been the first President since George Washington to assert that “any world order that elevates one nation or group over another will inevitably fail.” A world that looks to the U.S. for leadership has witnessed the failure of Obama’s foreign policy.

We can only continue our exceptional role if we get our fiscal house in order and that means ridding the nation of the most profligate chief executive in our history. We can rebuild our military and create thousands of jobs in the process. We can tap our enormous energy reserves and create more thousands of jobs. We can lift the regulatory burden from businesses large and small. We can reform our tax laws.

We can make ourselves and our allies safer in an ever-dangerous world, but not if we have a President whose only strategy for peace and security is “hope.” It is no substitute for leadership and preparedness.

The house of cards seems to be crumbling.. Obama has been a failure at everything, military matters, the economy, foreign policy, ALL of it...

Can it suck worse? Yeah, a lot worse, but Obama has to be re-elected for it to happen, and if he is re-elected, we are done for..

I think you mean the ancient Romans. The tag is Latin (even if of uncertain origin).
BTW, mazel tov for Monday.