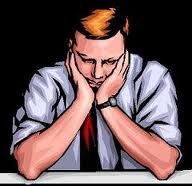 We have reached the point where election fatigue has set in. While spared Democratic Party primary battles, the campaigns began with the Republican primaries in which a large number of candidates battled it out until Gov. Mitt Romney emerged the nominee.

After that the big news was Romney’s selection of a Vice President choice which, if you think about it, is an odd way to fill this critical job, but it has been the way it’s been done for a long time. In the nation’s early years, the Vice President was whoever lost the presidential race, thus putting the winner and loser in tandem, with the latter given the job of being president of the Senate that usually consisted of breaking tie votes and largely ceremonial duties.

The lengthy process is intended to encourage an extended examination of the issues and the candidate’s qualifications. Surely, a million words will be written about the first Obama-Romney debate. The Lincoln-Douglas debates were crucial to the selection of an Illinois politician and the issue was largely one of slavery and its consequences for the nation. Even the Founding Fathers had decided to “kick the can” down the road in order to secure the U.S. Constitution to replace the earlier Articles of Confederation.

With a month to go before November 6, the nation’s news media is fixated on its outcome. The problem this time, however, is that the media has sacrificed its credibility in the most appalling display—starting in 2008—of bias in favor of Barack Obama. They are supposed to report the news, not to be the news, not to corrupt the news.

The amount of money that will be spent by both political parties and “superpacs” to secure the election of their candidates is mind boggling, but the amount of money at stake in terms of how much the federal government will borrow and spend now is in the trillions. Obama has added more than five trillion to the national debt in just under four years and has produced annual trillion-dollar deficits while in office. This is unsustainable and threatens total financial collapse.

The British parliamentary system allows for three weeks of campaigning and, for a nation with something over 62 million people it works well enough compared to the U.S. with 310 million and growing. Western nations do not suffer the levels of corruption of the outcomes that are endemic in developing nations. Elections in communist nations hardly even matter since a single party puts forth candidates with no alternatives and have a totally captured press.

Elections are about the transfer of power in democratic nations and the U.S. has set the standard for smooth transitions. When King George III of England heard that George Washington was going to retire as Commander of the Continental Forces, he allegedly said, "If he does that, he will be the greatest man in the world." It would later take a Constitutional amendment to limit the presidency to two terms.

The fatigue factor in the U.S. is tied to the length of the process, but the U.S., for all its current economic problems, has played a dominant role in the world, opposing despotism and even going to war to topple dictators and totalitarian regimes as was the case in the mid-twentieth century and most recently in Iraq.

Much, therefore, depends on the quality of the men and women we elect to serve in the Congress and to lead as President. We celebrate the great ones and we have been enduring the predations of the worst, Barack Obama, to have ever held the job.

What we have witnessed with the financial crisis that has gripped the U.S. and Europe has demonstrated the need for governments that govern themselves prudently. As Thomas Jefferson pointed out, “The democracy will cease to exist when you take away from those who are willing to work and give to those who would not.”

Redistribution of wealth is the path to communism and the loss of the greatest democracy on Earth.

Americans are being asked once again to grapple with the great issues that will determine the nation’s future and, if we tire in the process of discussing them we are in grave danger. Our educational system has failed to teach the fundamentals of our history and the Constitution's limits have been corrupted. Our press is producing crude, liberal propaganda.

How important is the election? We risk losing the treasure of individual liberty that is America.

Election Day will arrive soon enough. It will determine if we will be free men and woman or simply the slaves of the government.