What I Heard at the Debate 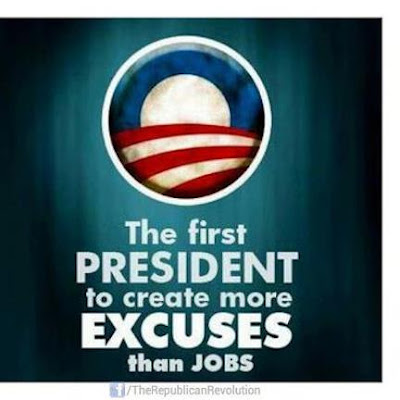 If you listened and believed what Obama said throughout the debate, then you'd be doing your head in trying to understand why the America Obama describes looks so different to the reality. Listening to him you could swear you had the best economy, no debt, jobs, jobs, jobs, and the fairies sprinkling gold dust everywhere. Instead, the country lies almost in ruins, indebted up to her neck and he thinks he's done just great? Throughout the debate he kept referring to Romney's policies. Why not talk about his own? Why didn't he defend what he's done the last 4 years if it was so great? He steered all answers away from the monstrous train-wreck standing right behind him. He's an untrustworthy shifty man with no morals, substance or ideas. America truly can't afford another term. KICK HIM OUT - PLEASE!

As one who knew what to expect from Obama in the debate (one only had to ask oneself, what would a man of no character do, and say), and chose not to give him my attention while he did it -- thank you, Alan, this should be a front-page news article across the whole United States this morning (along with the headline, "Obama Offers Only Lies to the Nation!")

The biggest loser in the debate was the lying Democommie Media that got outed in prime time.

How can anyone still be undecided? There are no similarities between these two men. Their ideologies are completely divergent. Show me an undecided voter and you really just have a person too daft to be voting in this election. We desperately need more voter restrictions.

Let's just hope enough American voters see the real Obama and vote him out. I fear he will try to do something dirty to steal the election if it is really close.

My view from the UK is that it has got so bad that BHO belives his own lies.

Romney did something amazing last night, he MITT SLAPPED Obama, and it was good...