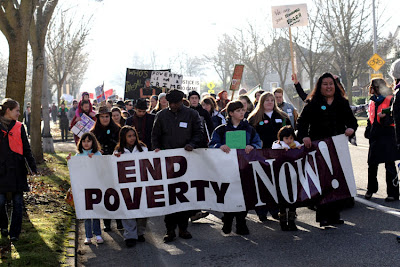 By Alan Caruba
Lyndon B. Johnson, President from 1963 to 1969, is probably unknown to the generations since then except for having escalated the Vietnam War. A memorial in Washington, D.C., is a sad reminder of the more than 58,000 young lives sacrificed. As time went along, it became so unpopular LBJ decided not to run again for a second full term. He is likely recalled less for his “War on Poverty”, a classic, liberal government program that to this day has not eliminated poverty in America.
The syndicated columnist and John M. Olin Distinguished Professor of Economics at George Mason University, Walter Williams, recently wrote about “Poverty Nonsense”, saying, “There’s nothing intellectually challenging or unusual about poverty. For most of mankind’s existence, his most optimistic scenario was to be able to eke out enough to subsist for another day. Poverty has been mankind’s standard fare and remains so for most of mankind.”
One need only read the Old and New Testaments to realize that poverty in ancient times was a concern. "Tzedek, tzedek you shall pursue" -- justice justice you shall pursue (Deut. 16:20). There's a basic human responsibility to reach out to others. Giving of your time and your money is a statement that "I will do whatever I can to help." This reflects the Jewish concept of Tikkun Olam, repairing the world. In Matthew 26:11, Jesus says “The poor you will always have with you, but you will not always have me.”
It is a liberal fantasy that a society can eliminate poverty, but that does not mean a society does not have an obligation to help the less fortunate. It is the tension between these two views that separates conservatives and liberals, but every time a liberal president has held office, it has become a budget-busting  calamity.
The most recent example has been the soaring spending on welfare since Obama has been president.  The financial crisis did require some effort to provide “a safety net” for those laid off from their jobs and some argument could be made to help homeowners, although many of their mortgages were granted by banks under pressure from Fannie Mae and Freddie Mac with the full knowledge they were bad loans. They would become known as “toxic assets” that dragged down banks, requiring a massive government bailout to avoid a collapse of the entire system.
A recent article by Robert Rector of the Heritage Foundation, based on an October report of the nonpartisan Congressional Research Service, spells out the current state of government welfare spending.  “Roughly 100 million people—one-third of the U.S. population—receive aid from at least one means-tested welfare program each month.”
“ Average benefits come to around $9,000 per recipient. If converted to cash, means-tested welfare spending is more than five times the amount needed to eliminate all poverty in the United States.”
Federal: At $746 billion, federal means-tested spending exceeded spending on Medicare ($480 billion) , Social Security ($725 billion), or the defense budget ($540 billion).
State: In 2011, state contributions into federal welfare programs came to $201 billion, and independent state programs contributed around $9 billion.
Combined: Overall means-tested welfare spending from federal and state sources reach from all sources totaled $956 billion.
This is money from taxpayers whose personal budgets are squeezed by the rising cost of everything or which has to be borrowed by the federal government.
Rector said “Obama’s big spending plans will result in ruinous and unsustainable budget deficits.”
Why federal welfare requires eighty separate programs is testimony to the slow creep of government growth over the years since LBJ’s War on Poverty. That war was lost before it began, but it reflects the way such programs buy the votes of those dependent on them. It is a bad way to run a nation. It is bad politics. It is bad economics. And it will lead to an inevitable collapse in an economy that has shown virtually no growth in the past four years, an anemic 1.7 percent in the gross domestic product.
Voters disillusioned by the failure of Obama’s “stimulus” or Biden’s promise of a “recovery summer” in 2010 have the opportunity to end this cycle of national impoverishment in November. It may be our last chance.
© Alan Caruba, 2012
Posted by Alan Caruba at 2:16 PM

If you want to see real poverty go to any Third World country - starving kids sleeping on the streets, open sewers, and houses built from cardboard and tin cans.

...And the horrible smells!

I will never forget the sickening smell of cow manure being burnt for fuel on a cold winter morning in Peshawar, Pakistan - or the more gross smell of human waste in the harbor of Manila.

No, we don't have real poverty in the USA - unless we reelect Obama and his Democommie nation destroyers.

You can't tax yourself out of debt - nor can you save every person from poverty or disease. But, charity does begin at home and not overseas!

As the saying goes: 'teach a man to fish and you lose a Democratic voter'.

Poverty is a mindset, more than a numerical value. I know people who live in rural areas, raising chickens and goats, living off the grid with basic necessities, growing their own food, earning less than $8,000 a year that live a life of wealth, being able to discuss a wide variety of educated topics. I have also met gangbangers at the E.R. with $15,000 cash in their pockets and a bullet hole in their side unable to take care of their basic needs, living in a boarded up house, peeing in a five gallon paint bucket, meanwhile adorned in gold chains, with an expensive watch. Tell me which one is actually poor.