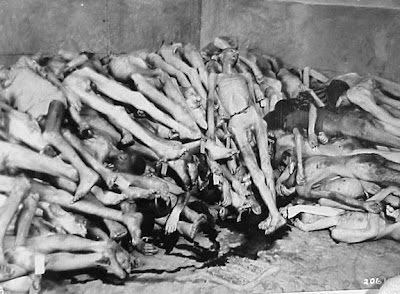 The “EPA has admitted to a federal court that it asks human guinea pigs to sacrifice their lives for regulatory purposes—and $12 per hour.” That was a recent news item reported by JunkScience.com’s founder, Steven Milloy.

“EPA has responded to our emergency motion for a temporary restraining order against its ongoing human experiment (called ‘Captain’) involving the air pollutant” known as “fine particles.”

In a declaration to the court by an EPA clinical research studies coordinator he said that participants were provided with information about them, noting that “if you are a person that for example lives in a large city like Los Angeles or New York” where on a hot summer day one can often see a haze in the air “and you have an underlying unknown health condition, or, you may be older in age, chances are you could end up in the emergency room later on that night, wondering what’s wrong, possibly having cardiac changes that could lead to a heart attack; there is the possibility you may die from this…”

“You may die from this.” That did not, however, deter the EPA from conducting the study in which participants were exposed to such particles.

Milloy points out that “Every law, regulation and code developed since World War II strictly prohibits human sacrifice (i.e., significant injury or death) for no health benefit to the patient” and the $12 per hour payment is not deemed a benefit. “Moreover,” said Milloy, “EPA has repeatedly stated in numerous regulatory documents and public statements that there is no safe level of exposure to particulate matter”, and that any exposure can kill within hours or days.

A Wall Street Journal article on June 16th and titled “EPA Seeks Tighter Standard on Soot” reported that “The Environmental Protection Agency on Friday proposed tighter national standards for soot pollution” deeming it “the latest chapter in a long-running battle between the Obama administration and industry over environmental restrictions.”

“Particulate matter forms in the atmosphere as a result of smokestack and tailgate emissions” and the EPA wants to set a new level of 12 to 13 micrograms per cubic meter.” The current standard is 15 micrograms. We are talking about things so small it would take an electron microscope to measure them. The notion of protecting people about anything at this level is absurd. Next thing to go would be children’s sandboxes.

In practical terms, tightening the standards would make it even more difficult for industrial facilities to get permits to operate. Milloy warns that “The EPA is a government horror story that is responsible for trillions of dollars in lost economic growth, trampled rights and liberties and perverted science.”

There is, however, something far more ominous about the EPA’s particulate study.

In an AmericanThinker.com article, Mark Musser, the author of “Nazi Oaks”, a book about the environmental zealotry of the leaders of the Nazi regime, connected the sweeping Nazi environmental legislation that preceded the racially charged anti-Semitic Nuremburg Laws that led ultimately to “the final solution”; the deliberate murder of millions of Europe’s Jews and millions, too, deemed enemies of the state.

Referencing Milloy’s exposure of the EPA human experimentation in which diesel fumes were piped from a running truck mixed with air into the lungs of participants. In his commentary Musser noted that “They even had a gas chamber set up to accommodate the environmental research project that shockingly recalls the death camps of Poland.”

“The whiff of the Jewish holocaust is thus unmistakable,” notes Musser. “When the Nazis found out how difficult it was in practice to shoot so many Jews on the Eastern Front at the outset of the war, they switched to gassing them in mass at death camps with engine fumes. Such gassing methods became infamous at Treblinka where almost one million Jews were killed.”

The commandant of Auschwitz, another death camp, was Rudolf Hoess. He belonged to the SS whom Musser describes as “the greenest faction of the Nazi Party. It was run by Heinrich Himmler who was an animal lover, vegetarian, and organic farm enthusiast” and Musser says it was the environmentalism that was “at the heart of the holocaust at death camps like Treblinka.”

There is a very thin line between the EPA’s particulate experiments and the death factories of Treblinka and Auschwitz, and it is more than just a hint of the kind of thinking at the EPA that would condone it.

Environmentalism is synonymous with a hatred of humanity, an oft-stated wish that millions must die to protect the Earth.

I've written on this topic as well. It really is about a hatred for humanity.
http://notrickszone.com/2012/04/10/news-magazine-focus-writes-on-the-german-green-movements-very-brown-roots/

The term ' the death camps of Poland.”' is incorrect. The Nazi Germans established the 'death camps' on occupied Polish soil. the camps were not Polish as implied by the comment.