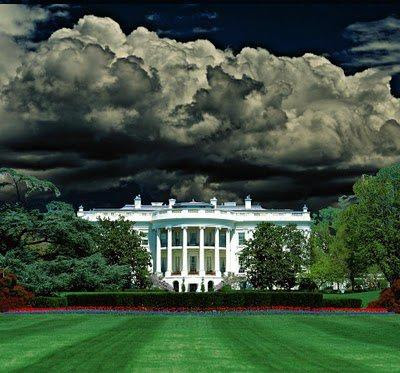 
Remember how Hurricane Katrina’s aftermath was blamed on President Bush? Remember his words to then-FEMA director, “Brownie, you’re doing a heck of a job”?
No doubt FEMA is all geared up for the damage Hurricane Sandy will do throughout the Northeast and wide swatches to the West. And no doubt it will be the States and local communities and utilities that will do the heavy lifting as FEMA tries to give the appearance of doing anything useful.
All of which is bad news—actually more bad news—for President Obama who, insanely campaigning, flew to Orlando, Florida on Sunday and then immediately flew back to Washington, DC, without leaving the airport. Just how much did that little round-trip cost the taxpayers? How stupid and indifferent does one have to be to leave Washington as a major hurricane is bearing down on the Northeast’s coasts?
The good news is that the storm has closed down Washington and, for all intents and purposes, the federal government. New York City, too, is a ghost town as everyone hunkers down. The bad news for Obama is that he is likely be blamed for whatever occurs in the wake of the hurricane because that’s what we do.
Katrina was especially damaging because it was a category 5 hurricane and Hurricane Sandy as of this writing early Monday morning is still a category 1 and likely to be downgraded to a tropical storm as it moves over land. New Orleans, built in a bowl below sea level, was a disaster waiting to happen.
Since Obama’s response to such events is to get on television and read his Tele-Prompter, it will remind people of his penchant for giving speeches instead of actually producing results. His lack of candor—his lies—regarding Benghazi-gate is, for him, the perfect storm.
If the hurricane costs him votes, that will be good for America.
When the Des Moines Register that hasn’t endorsed a Republican for President in forty years endorses Mitt Romney, you know Obama is in trouble and other mainstream daily newspapers are endorsing Romney.
And if FEMA fumbles around as it has in the past that is likely to finish him off.
Hurricanes are a force majeure, acts of nature that should remind us that we do not control nature and can only clean up the mess afterword.
This writer has endured any number of hurricanes when I lived in Florida and countless storms and blizzards in my home state of New Jersey. I am very impressed with the way local authorities have responded at this point. As always, the closer government is to the people, the better it functions.
A huge, bloated central government was the last thing the Founding Fathers had in mind and that’s why the Constitution puts limits on the federal government it created. The Tenth Amendment, part of the Bill of Rights, says “The powers not delegated to the United States by the Constitution, nor prohibited by it to the states, are reserved to the states respectively, or to the people.”
Time to reduce the national debt.
Time to reform Social Security, Medicare and Medicaid.
Time to rebuild our military.
Time to rid ourselves of the Environmental Protection Agency before it destroys our economy.
Time to replace the Federal Reserve, famous for plunging the U.S. into one recession after another.
Time to get back to the fundamentals.
Time to rid ourselves of the nation’s first Marxist President.
© Alan Caruba, 2012
Posted by Alan Caruba at 8:08 AM

I sincerely hope you are correct, however, with all of the ways the media has blinded themselves to his faults, and preached his "Hope and Change" mantra...well, I am less optimistic. I pray you are right.

Keep your head down, your gun loaded and stay in touch.. I hope you voted early! You know? Just sayin'...

Alan, stay safe during this storm.
Obama is going to look like he cares during the storm and it's aftermath. We all know it will be only to gain votes.

Gee, I actually saw him giving a press conference about the hurricane. Yet he's avoided doing one about Benghazi or anything else in the 'too difficult' basket. What a anker with a capital W!

Time to reduce the national debt by increasing the taxes on the rich.
Time to reform Social Security, Medicare and Medicaid to actually provide care the the people of the US
Time to rebuild our military to actually support the US and not interfere in the world..
Time to empower the Environmental Protection Agency before climate change destroys our economies and the world.
Time to replace the Federal Reserve, with a bank that can control the greedy manipulative financiers.
Time to get back to the fundamentals of life liberty and pursuit of happiness.
Time to reassert a President of the people not of the corporations.

I couldn't have said it better!

I hope you are safe Alan??

Alan,
I hope you are OKAY - unusual not to see new posts at your great site.
Take Care!
Doug

You hit it out of the ballpark Alan, lets just hope the rest of the country hears you.

Fred called me and said you made out of the storm ok, that's good news Alan

I agree with Texas Fred. If the nitwit and faker Obama gets reelected,time for me to go to Cabellas, and stock up on ammo.