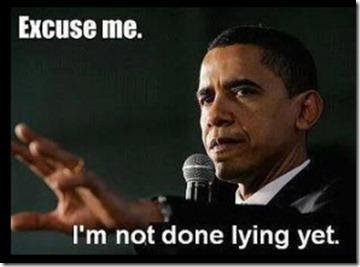 The fabled British Prime Minister, Benjamin Disraeli has oft been quoted for saying “There are three kinds of lies: Lies, damned lies, and statistics.” Later another Prime Minister, Winston Churchill, said “A lie gets halfway around the world before the truth has a chance to get its pants on.”

The Ten Commandments includes the admonition, “You shall not bear false witness against your neighbor.” All parents strive mightily to teach their children to tell the truth and Mitt Romney, in the first debate with Barack Obama dissected the lies being told about his proposed policies.

The journalist, H.L. Mencken said, "The men the American people admire most extravagantly are the most daring liars; the men they detest most violently are those who try to tell them the truth."

The current political campaign is replete with fact-checkers, a growing doubt regarding the accuracy of polls and news reporting, and charges of lying flying back and forth between candidates and political parties. Lies do not go unnoticed.

Political campaigns require people to sort out the lies from the truth and on Wednesday, an audience of millions seemed to suddenly discover that President Obama was not telling the truth as Mitt Romney skillfully presented facts and statistics that undermined his record in office and the lies he has been telling about that record.

Stunned by Romney’s presentation, the Democratic Party responded with a news release claiming that he had lied. “But when the dust settles, Romney’s dozen flat-out falsehoods will be the only thing remaining…” If Romney had been lying, it would have been front-page news. It is the same Democratic Party that has run ads saying Romney is a felon and a murderer!.

The simple, undeniable truth is that Barack Obama has set new records for lying, often when there was no need to. It isn’t just casual lying. It is pathological to a point where entire books have cataloged them and there are Internet sites that keep a record of them.

During the 2008 campaign Obama claimed that the civil rights march in Selma, Alabama inspired his birth, but Selma was in 1965 and Obama had been born in 1961. He said his father had been a goat herder in Kenyan, but he had been a privileged, well-educated youth who went on to work for the Kenyan government. He claimed his Kenyon grandmother was Christian, but she was a Muslim and Christianity would not have permitted her to have been one of 14 wives.

Obama even lied about his name Barack, saying it was Swahlli when, in truth, it is Arabic as is his middle name, Hussein. He claimed the school he attended as a child from age 6 to 10 in Indonesia was Christian. It was Muslim. He lied throughout the 2008 campaign and it should be no surprise that he has lied throughout his presidency.

In July, Human Events published a list, “Top Ten Obama Lies”, noting the lie that his mother who had died of cancer after being denied insurance coverage for a preexisting condition, using the lie to sell Obamacare, but Ann Durham had health insurance through her employer and was only denied disability insurance.

Human Events noted that Obama had claimed during his campaign that he would not raise taxes on families making less than $250,000 but “Obamacare’s individual mandate will hit many under the $250,000 mark and the Supreme Court would later rule that the mandate was a tax, not a penalty.

He has repeatedly said Americans could keep their doctor, but Obamacare will cause many employers to dump their health plans and force many workers into health care exchanges. The bill, over 2,500 pages long, was passed along strict party lines and then House Majority Leader, Nancy Pelosi, told Americans they would have to pass it in order to learn what was in it!

Obama promised an open and “transparent” federal government, but by mid-2011, his administration had refused to grant one-third of the Freedom of Information Act requests. Most famously, when the Fast and Furious gun-running scandal broke, Obama invoked executive privilege to protect his Attorney General and Justice Department from a congressional probe.

We accept that politicians often “shade the truth” but Obama’s election and service in the office of the President was based on a huge matrix of lies about his personal life and the legislation that imposed a hugely unpopular health care law, the waste of billions on “clean energy” firms that swiftly went bankrupt leaving taxpayers with the bill, a failed stimulus, and myriad other programs.

The latest lies involved the September 11, 2012 attack on the Libyan consulate and the murder of a U.S. ambassador and three of his staff. His United Nations ambassador went on five Sunday news shows claiming it was due to an amateur film no one had seen and was “spontaneous.”

John F. Kennedy once said, "The great enemy of the truth is very often not the lie---deliberate, contrived and dishonest---but the myth--- persistent, persuasive and unrealistic."

He was right. The myths woven by Barack Hussein Obama about his life and about his intentions, combined with his blaming of everyone and everything for his failures, are coming unravelled despite his co-conspirators, the Democratic Party, and many in the mainstream press.

If Barack Hussein Obama couldn't tell lies, he would be speechless...

And you know, that's not an altogether bad alternative either..

This lying puddle of infected camel excreta must be defeated. This thing has got to go, and all Mitt needs to do is keep exposing the truth. Did you hear or read his VMI speech? Awesome!

The treasonous acts by Obama start with him and his conspirers hijacking the political process by registering as Democrats when, in fact, they make up a combination of socialists, progressives, communists, Marxists, anarchists, and UN-American detractors. A prime example of this is how Obama originally campaigned with the “Democratic Progressive Party” (DPP) scattered all throughout America, although they are not legally recognized as a valid political party in America to enter campaigns which would gain them enough votes to be seated. Therefore, they deliberately schemed to hijack the Democratic Party. This was led previously in part by Rep. Bernie Sanders (I-VT), Rep. Maxine Waters (D-CA) and others who believed the Democrats were too timid to put forth their agenda, in 1991, they formed the progressive caucus within the halls of the United States Congress and used that status as a means to lend false credibility to their cause and illegitimate platform.

Since becoming president, Obama has circumvented our combined Congress by recruiting and moving his supporters underground to undercut the Constitution. In doing so, Obama had no intentions of obeying the oath he took once he was in office. Long before he was inaugurated on January 20, 2009, he had already recruited his loyal followers to carry out this devious plan, and he continues to draw more of them and their money in to help him.

Obama has illegally and unconstitutionally organizied a lobbying force of monumental proportions from out of the White House in order to help him create his “shadow government,” to bypass the legally constitutional legislative process. Many examples of this are included in the below Ninety Seven more reasons why Obama is a traitor: