The World is Broke 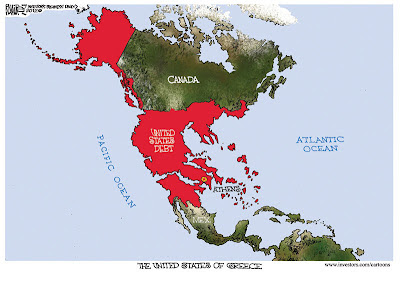 Alan, what's troubling the most is that there are still around 50% of American voters quite willing to vote for Obama, even with his pathetic record. How can this be? I think the USA is in heaps of trouble if this is the future intellect of the country.

There are a lot of Americans who are really scared at the prospect of a second Obama term and I am one of them.

Still, I am increasingly convinced the great "middle" of independent voters and even some disenchanted Democrats will ultimately safe the nation.

I, too, worry about the same thing as Lime Lite. Considering Obama's record and ideology this election shouldn't even be a contest and yet it is....very scary. I sure hope Alan is correct about what the outcome will be.

Retirees have been hurt, our money was tight to begin with, I know yours is too Alan, ALL retirees that didn't have a decent retirement check are hurting to some degree and yes, every week we buy less at the store than we did...

How's that Hope and Change BS working out for everyone else??

Alan, if Obama gets over the line, then he will be imposing some form of carbon tax on your people. I hope people think about this when they vote. He needs the next 4 years to really trash the place.

Friends, the prospect of four more years of Obama just scares the crap out me!

The US is going to have to dodge a bullet on Nov. 6.