Fool Me Once, But No More 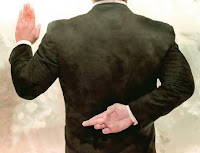 My commentary on the lies about bisphenol A (BPA) that have led to several states banning it without a shred of scientific evidence generated a lot of feedback; enough to revisit the topic because it symbolizes the way Americans and others around the world are under assault from the environmental and consumer groups that exist to further their own agendas.

BPA is a chemical used in the epoxy liners of many canned foods, as well as some plastic food containers. BPA improves public health by greatly decreasing the risk of food borne illness in canned foods and making them easier to manufacture. At the heart of the campaign to ban BPA is the larger issue of plastic itself, a byproduct of petroleum. I suspect that a lot of people do not know that plastic starts life as crude oil.

Oil is so essential to modern life that most people are astonished to discover that, after a portion of a 42-gallon barrel of oil is turned into 19.4 gallons of gasoline, more than half of what remains becomes an element of more than 6,000 other products from floor wax to vitamin capsules, cortisone to insect repellent, perfumes to house paint.

I doubt that it has passed your notice that oil has been the number one enemy of environmental groups for decades. This is most evident in the effort by the White House to shut down new drilling in the Gulf of Mexico based on a single accident on a single rig. As this is written, Friends of the Earth is trying to stop the building of a pipeline to give the U.S. easier access to Canadian oil.

So, when you connect the use of oil and plastic, you get two utterly essential facets of modern life that Greens are working to thwart any way they can. The primarily instrument, other than the fashioning of legislation for sympathetic politicians, is a continuous tidal wave of propaganda rooted in junk science.

A reader pointed me to an interesting blog called JunkScienceMom.com. It is the work of a mother of three and she is a contributor to BigJournalism.com and FightNanny.com. Among her fans are Fox News’ John Stossell and the American Council on Science and Health which lauded her website as “well-sourced and cogent.”

In late June, she conducted an interview with Julie E. Goodman, principal scientist at Gradient, an environmental consulting firm in Cambridge, Massachusetts where she also teaches at the Harvard School of Public Health. She is an expert in toxicology and epidemiology.

Over the past five years, along with her colleagues, Prof. Goodman has reviewed the relevant research on BPA and her findings are eye-opening. “We found there is no single health effect that has been associated with BPA in any repeatable manner,” said Goodman. “When taken all together, these studies show that BPA does not cause harm to pregnant women, infants, or children.”

Those advocating bans on BPA are using the discredited “precautionary principle” that the mere chance something might pose harm is sufficient reason ban it. That is pure sophistry, slippery thinking that ignores the great good a chemical provides, particularly in light of the fact that exposure to it is literally meaningless.

“It has been suggested that banning BPA would, if not benefit health, at least cause no harm. This is mistakenly thought to be based on the precautionary principle, or the idea that if we can’t be sure whether or not a chemical is safe, we should avoid it – it’s better to be safe than sorry. When enough data are available to make a judgment, however, avoiding a chemical with demonstrated safety is not precautionary, particularly if you have to use another chemical in its place. No matter what alternative to BPA is used, even glass or stainless steel, some part of that material will leach into food. The fact is, no alternative has been tested nearly as extensively as BPA.”

As this is being written, California’s legislature is wrestling with a ban on BPA. Like so many of the absurd environmental laws passed in that state – one that is in deep debt due to its feckless taxing and spending policies – a ban would constitute more of a threat to the health of its citizens than not.

There is growing evidence that Americans are tired of being constantly under siege from the purveyors of junk science. This, however, does not slow the passage of junk science legislation such as the Cap-and-Trade Act that is likely to be pushed through Congress during a forthcoming lame duck session after the midterm elections.

Let us hope that the BPA ban is defeated in California and struck from an alleged food safety bill in Congress. The bans should be repealed in the states that have already passed them. Then we must undo the thousands of laws and regulations related to the junk science of global warming and similar hoaxes.