To Hell with Free Trade 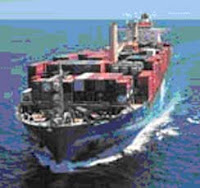 It’s funny how bits of knowledge stick in your head. Literally a half century ago, while taking a history class at the University of Miami, a professor said, “Nothing happens in the world until someone sells something to someone else.”

The study of history can help one understand the present and frequently help predict the future. The world has experienced astonishing change in the last century thanks to trains, planes, automobiles, radio and television, and, of course, computers and the Internet.

It is natural for each new generation to accept such technological innovations as having always existed, but even automobiles are a relatively new mass produced invention. A hundred years ago in 1910, there were only 8,000 cars in the entire nation and only 144 miles of paved road.

Americans tend to think that we have always been the dominant economic power, but that did not begin to occur until after World War II destroyed much of Europe, Japan and other competitors. They have rebuilt and, along with the rise of China and India, they are major competitors.

As much and as freely as people can move around in our modern age, by the twelfth century Asia and the Near East was largely without borders for educated men. Caravan routes were well established. Trade in the centuries to follow was vigorous from Asia to the cities of Venice and Genoa, and then to the rest of Europe.

I cite this because free trade has become the dominant mantra of modern America, but Ian Fletcher, an economist with the U.S. Business & Industry Council, has written “Free Trade Doesn’t Work” and while books on economic theory tend to make my eyes glaze over, his is so filled with solid research and so lively that it provides a window to the present and future of America if its theme goes unheeded.

He argues forcefully for America to become a manufacturing nation again as it was throughout the last century. “A strong manufacturing sector is needed to support the labor market and the value of the dollar on which an import-dependent America now relies for its standard of living from garments to gasoline.”

“It is hard to imagine how America can rebuild its manufacturing and rebalance its trade without repudiating free trade to some carefully chosen extent”, says Fletcher. He cites the growing trade deficit in which we import more goods than we export. By 2006, our trade deficit was $370 billion, “astronomical by any reasonable historical standard.”

“The U.S. economy has ceased generating any net new jobs in international traded sectors, in either manufacturing or services. The comforting myth persists that America is shifting from low-tech to high-tech employment, but we are not.”

“The vaunted New Economy has not contributed a single net new job to America in this century. Not one.” Worse yet, Fletcher, notes that, “Ninety-three percent of American economists surveyed support free trade.”

Cheaper goods, produced overseas, filling the shelves of Wal-Mart, are of little value if American workers cannot afford them. Our present unemployment rate is such a threat to our nation that politicians can only think to print more money and “redistribute” it to a growing legion of jobless Americans.

America’s trade deficit is the world’s largest and the ratio between imports and exports is one of the world’s most unbalanced. Our imports are now 17% of our gross domestic product and our entire manufacturing sector is only 11.5% of GDP. Neither exporting services, nor agricultural products will balance our trade.

These are implacable numbers—-truths—-that Americans and our leaders in government, business, and industry must face and must reverse if we are to stop our national economic decline.

The socialism imposed in just the passed year and a half in which the federal government controls an ever-increasing percentage of our nation’s wealth-producing economy will utterly destroy the nation.

Don't fall for this. There is nothing about "trade" that makes it any more appropriate for regulation/limitation than other freedoms.

And let's not fetishize "manufacturing." First, the word typically refers to tangible goods. Tangible goods are increasingly less valuable than the intangible kind. Many of us have come to spend 80 percent of our day behind a computer terminal. Our need for tangibles is simply decreasing. They are not the future.

Second, anyone who thinks the Chinese have an insurmountable lead in manufacturing should read "Fab: The Coming Revolution on Your Desktop--From Personal Computers to Personal Fabrication," by Neil Gershenfeld. Before long, manufacturing will be as simple and personal as surfing the Web. The Chinese will be lost.

The notion one can sell "ideas" as opposed to goods and other tangibles sounds good, but it is false. Computers are finished goods that are MANUFACTURED and produce profits, jobs, and investment opportunities. Unless the USA regains its position as a manufacturer of goods, will will continue to experience injurious trade deficits.

The plain fact is that US businesses can't compete on a matter of price since the Asian and third world countries have no restrictions on the minimum pay of workers, working conditions, little, if any, environmental regulation, and almost no others of the large costs required by government and union "agreements".

"Free trade" sounds great in concept, but for me, not worth it if the result is the destruction of my nation's economy, which is exactly what is happening as of now.

I personally am about as independent as can be, and value my individual freedoms and liberties greatly. I do, however, realize that in order have any personal freedom, I have to live in a nation where individual freedom is allowed by government, and in a nation powerful enough to retain its sovereignty, and that requires a healthy economy.

Extreme individual freedom is no more than anarchy, And I certainly don't want that to happen

Free trade is a reality that must be accepted because it does work.....provided it really is free trade.

When you realize that the manufacturing base we had in the past has almost disappeared you have to come to the conclusion that something isn't right.

First, we had unions that negotiated non-productivity. How much you pay people is important, but not as important as how much they do.

Second, we have regulations that strangle productivity.

Third, we have a growing tax problem that has a strangle hold on growth and a debt that is frightening.

Third, at some point taxes, regulations and choke hold union contracts that strangle innovation. That has always been American's ace in the hole...innovation. All of this starts to take a toll on innovation until it becomes so burdensome that innovation will no longer overcome it all

That doesn't mean that free trade isn't workable. It means that those factors that keep it from working must be eliminated.

And I agree that ideas are great, but only if they can be translated into real jobs, manufacturing real products, that will be paid for with real dollars.