"I Used to Love America More" 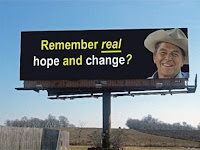 Here's an excerpt from Burt Prelutsky's blog. He's a favorite of mine.

"I love America, but honesty compels me to admit I used to love it even more.

I loved America more when a person could say that he thought a culture that had given the world Shakespeare, Rembrandt, DaVinci, Dickens, Bach, Beethoven, the telephone, the electric light, the automobile, the jet plane, rockets to the moon, cell phones, radar and a cure for polio, was superior to one that gave the world Sharia law, suicide bombers and clitorectomies, without being called a jingoist."

I recommend you read the whole commentary.
Posted by Alan Caruba at 5:04 PM

I know exactly how you feel. It's not the country I grew up in.