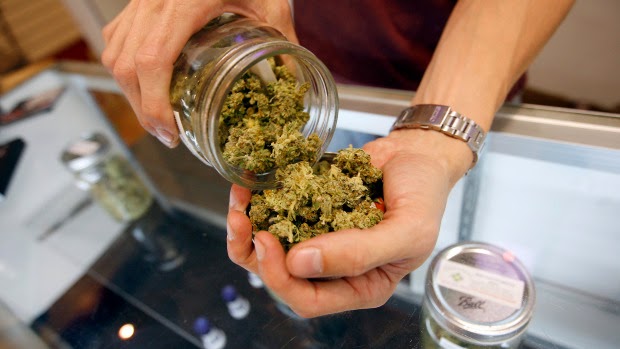 
In 1919 the eighteenth Amendment to the Constitution prohibited the manufacture, sale or transportation of “intoxicating liquors” in the United States and by 1933 the era of prohibition was over when the twenty-first Amendment rescinded it. Alcohol consumption was and is a social problem, but sometimes the government is not the right vehicle for dealing with them.


The United States is a huge market for what are deemed illegal drugs and, for many years, marijuana has been among them. That prohibition is now going the way of the earlier effort to make alcohol consumption illegal. Questions remain as to whether this is a good thing or not.


A study by the Columbia University Mailman School of Public Health whose results were released in February examined automobile deaths resulting from marijuana use while driving. The data was gathered from six states that perform toxicology tests on drivers involved in fatal accidents. It found that drugs played an increasing role in such accidents, accounting for more than 28% in 2010, 16% more than in 1999 and marijuana was the main drug involved in the increase, contributing to 12%, compared to only 4% in 1999.


“Currently, one of nine drivers involved in fatal crashes would test positive for marijuana,” said Dr. Guohua Le, director of the Center for Injury Epidemiology and Prevention at Columbia. “If a driver is under the influence of alcohol, their risk of a fatal crash is 13 times higher than the risk of a driver who is not, but the driver under the influence of both alcohol and marijuana then increased to 24 times that of a sober person.”


Those numbers will rise in the years ahead because two states, Colorado and Washington, have legalized recreational use of marijuana and twenty states allow medical use. Observers of the trend predict that a dozen more states are expected to legalize marijuana in some form over the next several years. One study has projected a $10 billion legal marijuana industry by 2018.


More than a dozen members of Congress have sponsored legislation aimed at reforming federal marijuana laws and the federal government allowed Colorado’s and Washington’s laws to take effect last year. Medical use has gained public acceptance and the Federal Drug Administration recently gave the green light to a clinical study in its efficacy in children with severe epilepsy. The Department of Health and Human Services has approved a study that will examine its effect on veterans with post-traumatic stress disorder.


President Obama recently signed a Farm Bill that legalized “industrialized hemp production” for research purposes in the twelve states that permit it after a decades-long war on cannabis that is clearly winding down.


The use of marijuana took off in a big way in the 1960s, a decade famed for many liberal causes and a generation of young people that rejected opposition to it. In many ways, legalizing marijuana has been a liberal cause.


In early April, the Washington Times reported that “Billionaire philanthropist George Soros hopes the U.S. is going to pot, and he is using his money to drive it there. With a cadre of like-minded, wealthy donors, Mr. Soros is dominating the pro-legalization side of the marijuana debate by funding grass-roots initiatives that begin in New York City and end up affecting local politics elsewhere. Through a network of nonprofit groups, Mr. Soros has spent at least $80 million on the legalization effort since 1994.” The American Civil Liberties Union has been a leading advocate of marijuana legalization efforts.


The legalization can be seen as a liberal versus conservative political issue, but I think it is more an issue of public opinion regarding the use of marijuana, particularly as regards the fines and jail terms that have been imposed. We do this for those who abuse alcohol and logic suggests such laws will be applied to pot users as well, reducing the more aggressive fines and jail terms.


A new Time magazine polls found that 75% of Americans believe that the sale of marijuana will eventually become legal across the nation whether they supported legalization or not. The Pew Research Center conducted the polls in mid-February among 1,821 adults, finding that the number of people in favor of legalizing pot continues to grow. Four years ago 52% percent said they thought marijuana use should not be legal, but now 54% are in favor of legalization.


Most believe that marijuana is less harmful than alcohol. While 69% believe that alcohol was more harmful to society, a large majority, 76%, believe that people convicted of possession of small amounts of pot should not have to serve jail time. I concur with that. I also support its use for medical purposes.


For better or worse, all societies evolve and change. The Prohibition era gave rise to organized crime to provide the booze Americans wanted to drink and the efforts to decriminalize marijuana now reflect a growing acceptance of its use for either medical or recreational use.


More drivers will die as a result, either from its use or from being in fatal accidents with those who do. Its use in the work environment will cause accidents that range from minor to fatal. It is extraordinarily curious that, while Americans have been subjected to a huge campaign to restrict smoking, the restrictions on marijuana use are being eliminated. I am not sure I see any difference here.


Americans love booze and love pot. What the long term effects on our society will be are unknown, but there will be effects.

Yes Alan, there will be effects. In my many years in the role of counselor at a large local church, I talked to many men who had used and abused pot. They were wondering why their memories were getting blurry (the best word I can think of here). Their wives were concerned about what was happening to their marriage. It was showing up about twenty years after the years of use of the drug.

A pundit once opined that the entire issue regarding the legalization of marijuana could be settled by *a joint session* of Congress...

Dave, that's what I have heard about pot as well. People will find ways to do themselves harm. (And unfortunately others in the process.)