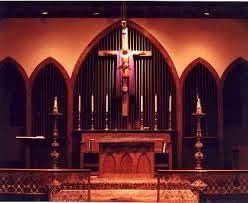 
The vast ignorance of American history by far too many Americans is perhaps demonstrated in the failure to understand that it was the free practice of their interpretation of Christianity by the pilgrims that led to the creation of America. Plymouth colony, established in 1620, put the Atlantic Ocean between them and hostilities they had encountered in England.


To understand the role of religion in America, the First Amendment begins with a prohibition that the states shall make no law “respecting an establishment of religion...” The Founders wanted to make sure that neither the federal, nor state governments designated a particular religion as the only one. We can thank James Madison for that and the other enumerated freedoms.


Religious tolerance, which took some time to become fully established in the colonies and the new nation, has been a significant part of life in America---a nation that has always been predominantly Christian. Easter should remind us of that.


As 2012 came to a close, the Pew Research Religion and Public Life Project offered the following numbers regarding the global population of Christians. They were determined to be approximately 2.2 billion worldwide. That’s about one-in-three (32%).


About half of all Christians are Catholic (50%) while an estimated 37% belong to the Protestant tradition. The Orthodox Communion, including the Greek and Russian Orthodox, make up 12% of Christians while those who belong to other branches such as Mormons, Christian Scientists, and Jehovah Witnesses, make up about 1% of the global population.


Though Christianity took root in the Middle East, less than 1% of Christians are found these days either there or in North Africa. The largest concentration is in Europe (26%), followed closely by Latin American and the Caribbean (24%), and sub-Saharan Africa (24%). Most Christians (87%) live in countries where Christians are in the majority. Of the 232 countries and territories in the Pew study, 157 had majorities, but most had relatively small populations.


What surely has to be a cause for concern in America are the results of a Harris poll released in December 2013. While a strong majority (74%) of U.S. adults said they believe in God, the figure was down from 82% in earlier years. Belief in miracles, heaven, and other religious teachings were all in decline.


For Christians, 68% expressed a belief that Jesus is God or the Son of God, down from 72%. Belief in the resurrection of Jesus Christ (65%) was down from 72% ten years earlier.


Ranging across various faith groups and other demographics, absolute certainty that there is a God was expressed by 54%, a decline from 66%.


A campaign against the free practice of religion and respect for individual religious values has been in place since the election of President Obama in 2008. It has been particularly evident in the U.S. military, affecting its chaplains and those to whom they minister. There are nearly a hundred cases in U.S. courts resisting the demands of Obamacare and other actions by the administration and those in various states and cities that affect religious beliefs and values.


The introduction and support of same-sex marriage in the United States is a direct attack on a tradition that pre-dates Christianity, Judaism and other faiths. It is fundamentally anti-religious.


Beyond our shores the slaughter of Christians by Muslims in Middle Eastern and nations like Nigeria continues to pose a threat to them and those of other faiths. Islam is the greatest threat to civilization that has existed since its rise began in 632 A.D.


All Americans owe a debt of gratitude to those early pilgrims and to the Founders who understood the value of religion and its free expression. Those who demand that crosses be removed from public lands or that Christmas carols not be sung in our schools do not understand what America is all about. Christians, in particular, must vocally resist such demands and should be joined by those of other faiths.

All I can say is: God Bless You, Alan. That about covers it.

Rev. Graham: Muslims Who ‘Want to Practice Sharia Law’ Should ‘Go Back to Where You Came From’

You really, really got the history wrong. It is Congress that shall not make a law regarding the establishment of religion. A majority of the original thirteen States had established churches, and that clause was intended to protect their already established churches. Massachusetts, for example, did not disestablish the Congregational Church until the 1840's. And some interpretations of Christianity were suppressed, e.g. the Catholic Church and in the 1800's the Mormon Church.

Toleration among Christians (and Jews) is really a late 20th Century thing. I can remember sitting in my high school homeroom in the 1950's in Boston and listening to a Protestant bigot tell the room full of Catholics and Jews that everyone used the King James bible, and then he would read to us from it.

Sykes, I didn't say that some states hadn't established certain religions, but that the Constitution outlawed the practice. It took time for them to revise their statutes.