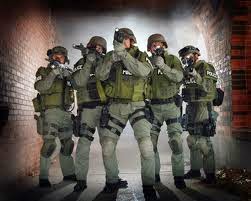 
You have to be extremely stupid to send a couple of hundred armed government agents to confiscate some bullheaded rancher’s cattle without contemplating how the rest of the nation will interpret your actions.


What was obvious to voters who rejected Barack Obama’s run for the presidency the first and second time was the fact that he lacked any record of competency to be President. The rest voted for him because they wanted to say they helped elect the first black President of the United States and because they believed what this pathological liar said then and since.


The assertion that Obama’s and Eric Holder’s actions and policies are opposed because they are black is absurd. It is an insult to everyone who voted for Obama and to the rest of us.


I love the notion that Cliven Bundy lives in Bunkerville. It reminded me of Bunker Hill and you know how badly that eventually turned out for the British in 1775. What ensued was a guerrilla war led by George Washington that defeated the most powerful nation of its time. There is no way a militia with small arms can defeat the kind of arms the U.S. government can bring to bear on such a battle, but one has to admire the courage of those people who showed up to confront them. That’s quintessentially American!


Bundy should have paid his grazing rights fees. Other ranchers do. What he has done, however, is bring greater awareness the amount of land that the federal government owns in Nevada and elsewhere, particularly west of the Mississippi, and expose a regime that wants to intimidate Americans with force.


According to Wikipedia, “The Bureau of Land Management (BLM) is an agency within the United States Department of the Interior that administers America's public lands, totaling approximately 247.3 million acres, or one-eighth of the landmass of the country. The BLM also manages 700 million acres (2,800,000 km) of subsurface mineral estate underlying federal, state, and private lands. Most public lands are located in western states, especially Alaska. With approximately 10,000 permanent employees and close to 2,000 seasonal employees, this works out to over 21,000 acres (85 km) per employee. The agency's budget was $960,000,000 for 2010 ($3.79 per surface acre, $9.38 per hectare)”


I can understand the need for national forests and reserves, but I have concerns that those reserves are used as an excuse to deny access to massive energy sources that lie beneath their surface. If the U.S. didn’t own most of Nevada, Bundy would not need to pay grazing fees. Most certainly, his ancestors didn’t. The other excuse, that the government is trying to protect an endangered tortoise, is just part of the environmental movement’s efforts to keep energy sources from being available to all of us. Endangered species is pure fiction.


What worries me and many of my blogger colleagues is the prospect of a renewed effort by the Bureau of Land Management (BLM) regarding what is essentially a fairly minor dispute between it and Bundy. Showing some common sense, the BLM backed off its initial effort.


I don’t think the BLM response to Bundy was exclusive to the agency. That decision needed to be sent up the line as far as the White House. Indeed, it was likely initiated by the White House.


Even more scary is the fact that only Fox News channel had reporters on the scene. No other major television news outlet set journalists to record the event. How much in league with the White House does the media have to be to ignore two hundred armed government agents descending on a ranch in Nevada?


I suspect that a lot of Americans and most certainly those who live in the rural areas of the nation are going to remember the Bundy face-off with the BLM come the November midterm elections. While most voters are crowded into the cities on the East and West Coasts, there are a lot of others in “flyover country.’


When you add in all the folks who lost their healthcare insurance and others who have discovered they can’t even buy a policy until next January, that’s going to be a voting bloc that could decimate Democratic Party candidates.


All tyrannies over-reach at some point and we are seeing that occur in the White House. The nation is fortunate to have the House controlled by Republicans and now needs a Senate as well in order to dispense some much needed justice on behalf of Americans.


It’s going to be interesting to see how the White House responds to the May 16 “Operation American Spring” being organized to bring a million or more to Washington, D.C. to participate in an event that will demonstrate the breadth of the unhappiness that has spread since Obama’s first election and is gaining momentum since his second.


The White House response will tell us all a lot about its current state of mind. Whatever it has in mind is likely to leak. The best thing about Washington, D.C. is its inability to keep a secret. The worst thing is the Obama administration and the Democratic Party.

Personally I think it's a land grab intended to make big bucks for Senator Harry Reid and his son by allowing the Chinese company ENN to strip mine the land, all under cover of protecting the tortoise. The tortoise of course will be destroyed, that's what Liberals do, the opposite of what they claim to be doing.

BLM poked a sleeping giant... They should have consulted the Japanese regarding the outcome of that folly...

The story I am STILL getting is that this is a Harry Reid backed endeavor because his Son has become involved in a deal with a Chinese consortium that wants to build some sort of solar or wind farm on this particular location...

"There is no way a militia with small arms can defeat the kind of arms the U.S. government can bring to bear on such a battle,"

Really? When was the last time the good ol U.S. Gubment actually won a war?

Fm: King George III, multimillionaire and the glorious ruler of England, Scotland, Ireland, North America, etc., etc. (Did I mention head of the Church of England as well?)

The best military minds in Europe say there is no way a pathetic colonial militia with small arms can defeat the professional armies of the British Empire on the battlefield.

Therefore, be a good sport and surrender ASAP and I may let you keep your little farm in Virginia.

We threw everything but nukes at the Viet Cong and they won ...

Add to Moe and Guy, con call Iraq or Afghanistan any kind of victory either. Our military is in shambles.