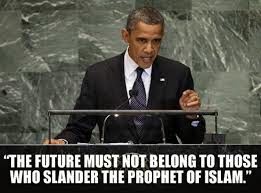 
It is a task just to keep up with the conflicts dividing America, so it is no surprise that many Americans are unsure of what occurred during the “Arab Spring” that began in 2011 and its aftermath since then. It is likely, too, that most do not know who or what the Muslim Brotherhood is, but it has been around a long time seeking to control events in the Middle East and North African nations. It also plays an astonishing and frightening role in America.

“The Brotherhood’s peak in the United States came with the victory of Barack Obama in the U.S. presidential election of 2008,” says Walid Phares in his book, “The Lost Spring; U.S. Policy in the Middle East and Catastrophes to Avoid” ($27.00, Palgrave Macmillan). “The network, via its front groups, supported the campaign, not as a formal entity, but as a prelude to receiving influence within American bureaucracies and the new administration when Obama took office.”


“The factions within the global lobby had an overarching common interest: to push back against the forces of secular democracy in the Arab world and Iran, and thus against their representatives and friends within the United States and Europe, for the real threat to the Islamists in the East was a secular liberal revolution backed by the West.”


Phares is an internationally acknowledged and respected expert on terrorism, the Middle East, and events that reflect Islamism, the movement to impose strict Islamic law—Sharia—and other cultural restrictions globally, but most specifically in nations where Islam is the dominant faith.


It’s important to know that the Muslim Brotherhood has been around in the U.S. for decades, as often as not working through front organizations like the Council on American Islamic Relations (CAIR), the Muslim Student Association, and others. Using petrodollars, it has supported the creation of Islamic studies departments in universities and maintains a communications program to present through the U.S. media its interpretation of events and thus influence public perceptions and opinion.


Obama and the Muslim Brotherhood members who joined his administration after he took office in 2009 were caught completely off guard, however, by the Arab Spring, the name given to a number of revolutions to cast off despots ruling the Middle East. It began in Tunisia, spread swiftly to Egypt, then to Libya, and affected events in other nations of the region. It was led initially by the youth that were connected to one another by communications technology such as iphones and the Internet. They were joined by secular groups, Muslims who did not wish to live under the repression of fanatical Islamists. Swiftly, ordinary Muslims, women, and others joined them.


In retrospect, a nation whose embassies from Lebanon to Tanzania had been under attack by al Qaeda for decades and which had suffered 9/11, an act of Islamic terrorism on its homeland, would seem unlikely to elect a man whose father was a Muslim, who had spent some of the years of his youth in Muslim Indonesia, and whose brother was an active member of the Brotherhood, to be President. But he was. Twice. This represents almost suicidal stupidity.


From the very beginning of his first term, the White House announced that he would take steps to change America’s image in the Arab and Muslim world. Pharas noted that his first interview was with al Arabiya TV on January 29, 2009 to assert that “The United States was the aggressor in the region” and that “the Jihadists were not the aggressors against humanity.”


There was no denying that the U.S., in the wake of 9/11, had been at war with the Taliban in Afghanistan since 2001 and in 2003 had waged a war in Iraq to rid it of Saddam Hussein. Both wars had the intention to introduce and help establish democracy in those nations. By 2009 Americans were war-weary and Obama made it clear in his campaign that he would pull our troops out and talked of shutting down Guantanamo detention center where the worst captured terrorists were being held.


Within two months of taking office, Obama went to Cairo where he identified America as the cause of the ills afflicting the Middle East. “When millions of young men and women hit the streets of Tehran in mid-June 2009, they initially protested voter corruption and the forced reelection of Mahmoud Ahmadinijad as president. Later they pushed against the entire regime. The world,” said Pharas, “witnessed a moment in which the regime in Iran was very close to crumbling.” Obama’s response was not to support the democracy movement, saying he did not want to “meddle” in Iranian elections.


This was repeated during the Arab Spring as, time and again, Obama withheld support for the outpouring of desire for democracy in the affected nations, waiting until the Muslim Brotherhood, the only organized faction, was able to seize the movements in order to impose their own control. In Egypt, the people had to fill the streets of Cairo and other cities a second time to oust them from power.
How successfully has the Brotherhood infiltrated the circles of power in the U.S.?  Huma Abedin was the Deputy Chief of Staff to Secretary of State Hillary Clinton; Azizh Al-Hibri serves on the U.S. Commission on International Religious Freedom; Areef Alikhan serves in the Department of Homeland Security (DHS) along with Mohamed Alibiary and Kareem Shora who are members of the Homeland Security Advisory Council; and Mohamed Magid who is a member of the DHS Countering Violent Extremism Working Group. There are others. Too many others.


Obama made sure that the word “terrorism” disappeared from the government’s vernacular. When soldiers at Fort Hood were murdered by a jihadist, it was classified as “workplace violence” and the whole concept of the “War on terror” disappeared. It was replaced by the charge that any criticism of al Qaeda and other jihadist groups was “Islamaphobia.”


Obama would tell Americans that “I consider it as my responsibility as President of the United States to fight against negative stereotypes of Islam wherever they appear.” Instead, we had a President who would seek to make a deal with Iran, the foremost supporter of terrorism worldwide and a nation determined to make its own nuclear weapons to intimidate the Middle East and the world.


We have a President who turned his back on the forces in the Middle East seeking to install democratic governments. That struggle is far from over, but they and the world must wait until Obama leaves office before real progress can be made against the Muslim Brotherhood and the jihadists.


For now, one of the most powerful Islamists in the world resides in the White House.

A blogger could devote an entire website to the "Many Felonies of Barack Obama" - and update it daily.

Obama is after your title as the "Worst president in American history."

Is Obama aware of the well-documented links between the MB & the Nazis in the 30s and WWII?

and you will see.

So while Egypt and Saudi brand the MB as a terrorist organisation (which it is - Hamas is the armed wing in Gaza), Obama slots them into government - see this Gatestone article