The Supreme Court Helps the EPA Shut Off Electricity in America 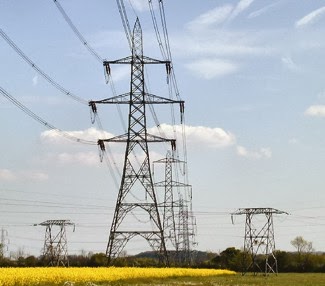 
April seems to be the month in which the Supreme Court devotes itself to decisions that have no basis in real science and can do maximum damage to the economy. Invariably, the cases are brought against the Environmental Protection Agency and are decided in its favor.


In April 2007, the Court decided that carbon dioxide, the second most essential gas for all life on the planet was “a pollutant”, the definition the EPA had applied to it in order to regulate it. Now comes word that the Court had concluded that the EPA may regulate power-plant emissions that blow across state lines as per a 2011 regulation, the Cross-State Air Pollution Rule. Not content having put nearly 150 or more coal-fired power plants out of commission, the Court’s rule now gives them the authority to do the same thing to about a thousand power plants in the eastern and western regions of the U.S. that will have to adopt new pollution controls or reduce operations.


In effect, the Court has just agreed to a regulation that represents a major increase in the cost of electricity in 28 states deemed to be polluting the air in those around them. The EPA’s claims that this will save lives they attribute to the alleged pollution is as bogus as all the rest of their claims, the purpose of which is to undermine the nation’s economy in every way it can.
James M. Taylor, the Heartland Institute’s Senior Fellow for Environmental Policy said of Tuesday’s decision that “It is a shame that the U.S. Supreme Court continues to empower EPA to issue nonsensical interpretations of statutes with the primary goal of amassing more money and power.”


Every day the press is filled with reports of environmental groups suing to ensure that no new providers of electricity can be built. The Environmental Protection Agency has instituted all manner of regulations intended to shut down coal-fired plants and they are based on the total lie that carbon dioxide and other “greenhouse gases” are causing the Earth to warm. The science cited is entirely without merit and the Earth is cooling, not warming, and has been for the past seventeen years.


As winters grow colder, it is putting a tremendous demand on the nation’s electrical grid. In a recent commentary, Steve Gorham, the author of “The Mad, Mad, Mad World of Climatism: Mankind and Climate Change Mania”, quoted Philip Moeller, Commissioner of the Federal Energy Regulatory Commission, “the experience of this past winter indicates that the power grid is now already at the limit.”


“EPA policies,” said Gorham, “such as the Mercury and Air Toxics rule and the Section 316 Cooling Water Rule, are forcing the closure of many coal-fired plants, which provided 39 percent of U.S. electricity last year. American Electric Power, a provider of about ten percent of the electricity to eastern states, will close almost one quarter of the firm’s coal-fired generating plants in the next fourteen months. Eighty-nine percent (89%) of the power scheduled for closure was needed to meet electricity demand in January. Not all of this capacity has replacement plans.”


Before Obama was elected, coal-fired plants provided fifty percent (50%) of the nation’s electricity.


What is the Obama administration’s response to this? It is pouring billions into the wind and solar energy sector that provides barely one percent of all the electricity used in the nation and can never begin to replace traditional plants.


In an April 25 letter from the American Energy Alliance, joined by thirty other organizations, to the House Ways and Means Committee, opposition to the Wind Production Tax Credit was expressed: "The PTC has been a failure for taxpayers and ratepayers. In exchange for tens of billions of dollars in handouts to wind producers, the states with the highest wind production have seen their electricity rates increase nearly five times faster than the national average. In fact, states with at least 7 percent wind power have seen their electricity rates increase at an average of 17.4 percent over the last 5 years compared to an increase of only 3.5 percent for the U.S. as a whole" Why, indeed, are taxpayers being required to sustain providers of wind power that would not be able to stay in business otherwise?
In addition to the fact that you cannot manufacture anything without the use of electricity, a deliberate effort is being made to ensure that vast sections of the nation will not be able to receive electricity to warm homes and businesses in the winter and cool them in the summer. Simply put, people will die for lack of the warmth and coolness needed, not from the phony pollution the EPA cites.


This is the heart of an environmental agenda that views the human population as “a cancer” that needs to be vastly reduced. This agenda is directed from the United Nations and its Intergovernmental Panel on Climate Change that falsely claims that humans have a vast impact on the climate. They do not. Human activity barely, if at all, affects the climate. What does? The Sun! Add in factors that include the Earth’s oceans and volcanic activity, and it should be obvious that everyone is being targeted for extinction.


In an article, “The EPA’s Science Problem”, Arnold Ahlert, noted in early April that “In a stunning admission, Environmental Protection Agency administrator Gina McCarthy revealed to House Science, Space and Technology Committee chairman Lamar Smith (R-TX) that the agency neither possesses, nor can produce, all the scientific data used to justify the rules and regulations they have imposed on Americans via the Clean Air Act. In short, science has been trumped by the radical environmental agenda.”


The Obama administration has done everything in its power to restrict and slow down access and use of America’s huge energy reserves, enough to ensure all the electrical power we will need for hundreds of years to come. The same policy applies to transportation’s petroleum needs. Oil and gas production on federal lands is down 40% compared to ten years ago.


According to the Institute for Energy Research notes that “North America has enough oil to fuel every passenger car in the U.S. for 430 years, enough natural gas to provide the U.S. with electricity for 575 years, and enough coal to provide electricity for about 500 years.” And that’s based on known reserves. They are, however, of little use if the Obama administration continues its efforts to restrict access to them.


In an August 2013 Washington Times commentary, Ben Wolfgang warned that the EPA, the Energy Department, and other agencies’ “working group” quietly raised “their estimated social coast of carbon from $21 per ton of emissions to $35 per ton”, noting that “The dramatic increase greatly alters cost-benefit analyses offered by the EPA when floating rules, allowing the agency to claim that billions of dollars will be saved over a period of decades as a result of proposed limits on power plant emissions, tougher fuel economy standards and other steps.”


The “social cost” is a complete invention, a fiction without any basis in fact. It is a device to further restrict access and use of all fuel sources.


Americans had better wake up to the fact that their government—the Obama administration—is doing everything in its power to cut off the provision of electrical power and access to transportation fuel that it can. And the Democrats in Congress, particularly Harry Reid the Senate Majority Leader, is doing everything to advance this agenda by blocking any legislation generated in the House to counter this agenda.


In November, the midterm elections offer an opportunity to elect enough Republicans to secure control of the Senate and increase its strength in the House.


Let me end with the good news. Despite what the enemies of energy are doing, the energy sector—coal, oil, and natural gas—in the decade ahead is going to grow, going to generate many new jobs, and is going to help dig us out of the huge government debt that too much borrowing and spending has generated.

It's been decades since a nuclear power plant has been built, coal-fired plants are being shut down, before long we'll have NO electric power, or very little, and then the Obama regime will claim a *green* victory as America dies..

'carbon dioxide,the second most essential gas for all life on the planet'

Plant fix carbon. Bacteria fix carbon and/or nitrogen. Everything else, (except water which although essential is NOT a gas and solid nutrients like potassium and phosphorus),one or the other can generate.

When the rolling blackouts start, we make sure the grid is configured so that Harry Reid, Joe Biden, all the upper EPA flacks, the SCOTUS judges, Camp David and all the heavy "environmentalist" types are first to fail, and last on the "restore to service" lists. Then employ some serious political muscle to see that it STAYS that way.

I'm biased, but without oxygen I wouldn't be able to write about CO2. Yes, BOTH are essentially. :-)

The only way out is for Congress to defund the EPA.