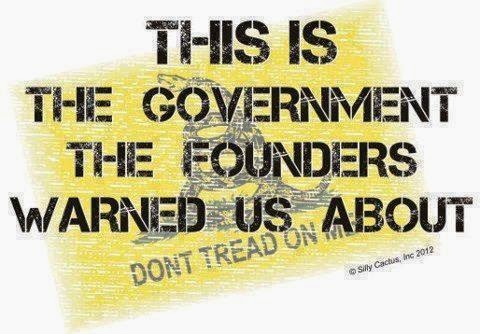 
I am paying more for everything these days and this is brought home to me every time I go to the supermarket and contemplate buying anything from an avocado to a London broil. I can’t imagine what it must be like to feed a family with two or three children.
I never imagined living in a nation where an 18-year-old girl would move out of her parent’s home and then sue them to pay for her college tuition and other support. A judge put an end to that nonsense.


I often feel like I am drowning in nonsense. I delete upwards of eighty emails I receive every day because they tell me that I am going to receive millions of dollars from people I do not know, offer dubious business propositions, loans, or they are from companies in foreign countries whose language I neither read, nor speak.


The news media deluged me with constant speculation and rumor about a missing Malaysian jet liner that is likely at the bottom of the Indian ocean and not likely to be found for years, if ever. I feel sorry for the passengers, but this occurred while Russia’s Putin was breaking a whole bunch of treaties to reclaim Crimea.


What the media has not told you is that the Ukraine has been run by a seriously corrupt group of people who routinely plundered it and that, in taking over the Crimea, Putin has taken on a new financial burden and a region that receives its power from the Ukraine. So, while he has secured control of the Russian naval ports and some military installations, he has also added to Russia’s cost of operation when its economy is not that strong to begin with. The likelihood that he would invade Lithuania, Estonia, and Moldova is small and, in fact, he has spurred a sleepy NATO and European Union to gear up militarily.


The same media has managed to largely ignore the lies the President and his former Secretary of State, Hillary Clinton, told about the killing of a U.S. ambassador and three security personnel in Benghazi, Libya. It has largely ignored the corruption of the Internal Revenue Service by politicizing it into an instrument to deter Tea Party and patriot groups from being granted the same non-profit status that liberal groups routinely receive. There were other scandals such as Fast and Furious in which guns were provided to Mexican drug cartels that then were used to kill a U.S. Border Patrol agent and countless Mexicans.


When he lifted the sanctions against Iran in order to negotiate their cessation of efforts to build their own nuclear weapons, Obama ignored their decades of declared hatred of America and Israel, and the fact that Iran is the world’s leading sponsor of terrorism that is keeping the Middle East in turmoil. Syria is just one example. Why would anyone want to negotiate with Iran? Decades of negotiations with the nuclear armed North Korea achieved nothing.


The strength of the United States since the end of World War Two allowed nations to move toward greater democratization. It resisted the Soviet Union during the Cold War for some four decades and saw its collapse in 1991. Our record is not perfect. The decision to go to war in Vietnam was wrong. The decision to go to war with Saddam Hussein’s Iraq after he invaded Kuwait was right, but the later war to remove him from power achieved that goal while ending in total withdrawal from a nation with no experience of self-governance. The “red line” asserted for Syria when its dictator used poison gas was withdrawn within a day.


Hard times call for hard answers and hard decisions. America’s hard times, economically, are the direct result, not only of Obama’s failure to put right the financial ills of the 2008 banking crisis, but of piling on trillions in more debt with government “stimulus” programs that had never worked in the past.


Not only did the President deliberately lie repeatedly about Obamacare, its passage has played havoc, generating unemployment as companies large and small responded to the rescinding of existing health insurance programs and new rules of how many can be employed, full and part time. It literally forced the cancellation of health insurance that people liked in order to force them to purchase more expensive insurance they could barely afford and didn’t like.


Hard times have been made much harder for millions who are unemployed and have ceased looking for work because of the scarcity of jobs. Instead, the government expanded welfare programs from unemployment compensation to food stamps. It destroyed the self-reliance that Americans have believed in from its founding.


At home and abroad, the hard times have gotten harder and the President, protected by a compliant news media, has found plenty of time to play golf and vacation continually, while displaying an indifference to the welfare of Americans and others around the world that is breathtaking. As Putin was annexing the Crimea, the President was shown working on the “brackets” predicting the outcome of the NCAA men’s basketball season.


The only hope for the future now rests with the outcome of the November midterm elections. If disaffected Democrats and independents join with Republicans, returning power in the Senate and expanding it in the House holds some hope of responding to our economic malaise.


I have paid my taxes and my only thought while doing so was the realization that most of the nation’s budget is now devoted to “entitlement” programs that are predicted to be insolvent in the near future.

The world has gone mad... It's standing on it's head and imitating what was once a good thing...

All we can do now is hope that someone is actually listening..

This is all the consequence of the fact that the Left (Liberals) lives in la-la make- believe land. They think that reality can be molded according to their ideology. But ideas have consequences! Well, here we are!