Scaring the World about its Climate 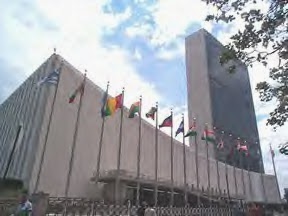 
Ever since the creation in 1988 of the UN’s Intergovernmental Panel on Climate Change (IPCC), it has engaged in the greatest hoax of modern times, releasing reports that predict climate-related catastrophes as if the climate has not been a completely natural and dynamic producer of events that affect our lives.


The IPCC was set up by the World Meteorological Organization and the United Nations Environmental Program. It has enlisted thousands of scientists to contribute to its scare campaign, but as Joseph Bast, the president of The Heartland Institute, noted in a recent Forbes article regarding the vast difference in the assertions of the IPCC scientists and those of its puckishly named Nonintergovernmental Panel on Climate Change (NPCC), “What is a non-scientist to make of these dueling reports? Indeed, what is a scientist to make of this?”


“Very few scientists are familiar with biology, geology, physics, oceanography, engineering, medicine, economics, and scores of other more specialized disciplines that were the basis of the claims…” The IPCC has depended on the ignorance of those scientists outside their particular disciplines and recruited them to be involved in the UN hoax. The rest of us look to them to provide guidance regarding issues involving the climate and, as a result, have been deliberately deceived. 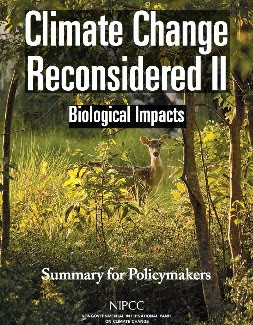 The NIPCC, anticipating the latest IPCC addition to its climate scare campaign, has just issued a new addition to its “Climate Change Reconsidered” reports. The first volume was 850 pages long and the latest is more than 1,000 pages. It represents the findings of scores of scientists from around the world and thousands of peer-reviewed studies. At this point they represent some twenty nations.


I have been an advisor to The Heartland Institute for many years and have been exposing the climate change lies since the late 1980s. A science writer, I have benefited from the work of men like atmospheric physicist, S. Fred Singer, a founder of the NPCC who has overseen five reports debunking the IPCC since 2003.


The Heartland Institute has sponsored nine international conferences that have brought together many scientists and others in an effort to debunk the UN’s climate scare campaign.


I have always depended on the common sense of people to understand that humans have nothing to do with the climate except to endure and enjoy it. We don’t create it or influence it.


The global warming campaign is based on the Big Lie that carbon dioxide (CO2) traps the Sun’s heat and warms the Earth, but the fairly miniscule amount of CO2 in the atmosphere (0.038%) does not do that in a fashion that poses any threat. Indeed, it is the Sun that determines the Earth’s climate, depending where you happen to be on the Earth. Next to oxygen, CO2 is vital to all life on Earth as it is the “food” on which all vegetation depends. More CO2 is good. Less is not so good.


The IPCC has depended in part on the print and broadcast media to spread its Big Lie. It also depends on world leaders, few of whom have any background or serious knowledge of atmospheric science, to impose policies based on the Big Lie. These policies target the use of “fossil fuels”, oil, coal and natural gas, urging a reduction of their use. The world, however, utterly depends on them and, in addition to existing reserves, new reserves are found every year.


One reason the IPCC has been in a growing state of panic is a new, completely natural cooling cycle based on a reduction of solar radiation. As James M. Taylor, the managing editor of Heartland’s “Environment & Climate News”, pointed out recently, “Winter temperatures in the contiguous United States declined by more than a full degree Celsius (more than 2 degrees Fahrenheit) during the past twenty years.” He was citing National Oceanic and Atmospheric Administration data. “The data contradicts assertions that human induced global warming is causing a rise in winter temperatures.”


The IPCC report is full of claims about global warming, now called “climate change” since the world is obviously not warming. In March, Taylor rebutted an IPCC claim that crop production is falling, noting that global corn, rice, and wheat production have more than tripled since 1970. In recent years, the U.S. has set records for alfalfa, cotton, beans, sugar beets, canola, corn, flaxseed, hops, rice, sorghum, soybeans, sugarcane, sunflowers, peanuts, and wheat, to name just a few.


The Earth would benefit from more, not less, CO2 emissions, but the Obama administration has been engaged in imposing hundreds of new regulations aimed at reductions. It targets the development and expansion of our energy sector. The President has repeated the lies in his State of the Union speeches and we have a Secretary of State, John Kerry, who insists that climate change is the greatest threat to mankind and not the increase of nuclear weapons.


Every one of the Earth’s seven billion population are being subjected to the UN’s campaign of lies and every one of us needs to do whatever we can to bring about an end to the United Nations and reject the IPCC’s claims.