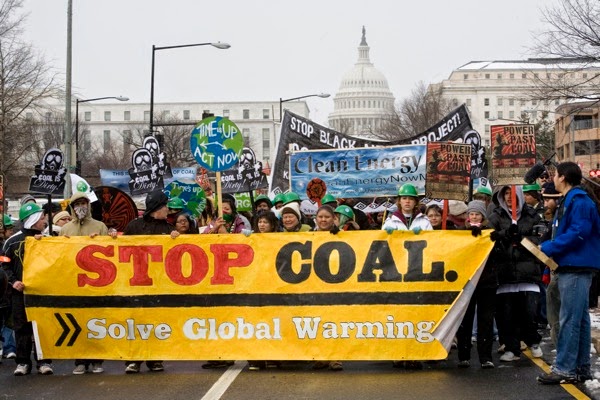 
A nation without adequate energy production is a nation in decline and that has been the President’s agenda since the day he took office in 2009. He even announced his war on coal during the 2008 campaign even though, at the time, it was providing fifty percent of the electricity being utilized.


It’s useful to know that the U.S. has huge coal reserves, enough to provide energy for hundreds of years and reduce our debt through its export to nations such as Japan. It increased coal-fired power generation by ten percent in 2013 while Germany’s coal use reached the highest level since 1990. Both China and India are increasing the use of coal. So why is coal unwelcome in the U.S.? Because Obama says so.


On April 15, the White House held a “Solar Summit” to continue promoting subsidies for solar panels and the Obama Energy Department has announced another $15 million in “solar market pathways” to fund local government’s use of solar energy. Its “Capital Solar Challenge” is directing federal agencies, military bases, and other federally subsidized buildings to use solar power.


According to the Institute for Energy Research, “solar energy provides two-tenths of one percent of the total energy consumed in the United States. While the amount of solar electricity capacity in the U.S. has increased in recent years…it still only accounts for 0.1% of net electricity generated…the least among the renewable sources of hydroelectric, biomass, wind and solar.”


So, in addition to the millions lost in earlier loans to solar companies like Solyndra that failed not long after pocketing our tax dollars, Obama is using the power of the federal government to waste more money on this unpredictable—the Sun only shines in the daytime and clouds can get in the way—source of energy whose “solar farms” take up many acres just to provide a faction of what a coal-fired or natural gas powered plant does.


This isn’t some loony environmental theory at work although the Greens oppose all manner of energy provision and use whether it is coal, oil or natural gas. This is a direct attack on the provision of energy, fueled by any source, that America needs to function and meeting the needs of its population, manufacturing, and all other uses.


The most recent example of this is the further extension of the delay on the construction of the Keystone XL pipeline from Canada to refineries on the Gulf Coast. That too is part of Obama’s war on energy for the nation, but it may also have something to do with the fact that the Burlington Santa Fe Railroad owns all of the rail lines in the U.S. connecting to western Canada. They haul 80% or more of the crude oil from Canada to the Midwest and Texas, earning a tidy sum in the process. It is owned by Warren Buffett’s Berkshire Hathaway, a major contributor to Democrat causes and candidates. The Keystone XL pipeline could divert more than $2 billion a year and if its delay is not crony capitalism, nothing is.
﻿
This is what the Sierra Club is telling its members and supporters as of Monday, April 21: “Keystone XL means cancer. It means wolf blood spilled. And it’s nothing short of a climate disaster.” It is a lie from start to finish.


Keystone has become a political issue and the announcement by the Obama State Department that is giving agencies “additional time” to approve its construction due to ongoing litigation before the Nebraska Supreme Court that could affect its route brought forth protests from red-state Democrats in Congress who even threatened to find ways to go around the President to get the project approved. Eleven Democratic senators have written to the President to urge him to make a final decision by the end of May. Some of them will be up for reelection in the November midterm elections.


Even Congress, though, seems incapable of over-ruling or overcoming Obama’s war on the provision of energy sources. In early April, the Bureau of Land Management (BLM) released new data showing that federal onshore oil and natural gas leases and drilling permits are at the lowest levels in more than a decade. Leases to companies exploring the potential of oil and natural gas reserves were down in 2013 from 1.8 million acres the year before to 1.2 million, the smallest area since records began to be maintained in 1988!


We have a President who gives daily evidence of his contempt both for those who voted for him and those who did not. His anti-energy agenda impacts on the creation of jobs, causes manufacturing to delay expansion or to go off-shore, reduces the revenue the government needs to reduce its debts and deficits, and drives up the cost of energy for everyone.


And he is doing this in one of the most energy-rich nations on the planet.

Just read that according to a US Government study ethanol use causes more "pollution" than using gasoline without ethanol. Not surprised? Neither am I. The surprise is that they didn't hush it up.

If we could bottle all the GAS that Obama expels every time he speaks we'd never have to drill again...