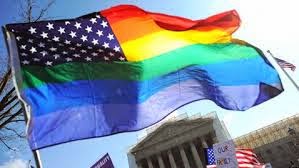 
I am going to draw on decades of having been a public relations counselor to corporations and other organizations for some thoughts about the resignation of Mozilla’s cofounder, Brendan Eich, after his donation to support a California proposition banning gay marriage six years ago became an issue for the company less than two weeks after he became its CEO.


Despite the passage of the ban, voted upon by a majority (52%) of Californians who believe that marriage should be restricted to the union of a man and a woman, the California Supreme Court ruled against it. Same sex marriages in California resumed after the U.S. Supreme Court restored the federal district court’s ruling that overturned Proposition 8 as unconstitutional. Heeding the will of the people is not the California way.


At the end of 2008, same-sex marriages were legal only in Massachusetts and Connecticut. Today seventeen states, including California, allow such marriages. The gay, lesbian and transgender population of America is about three percent, but they are among the most vocal special interest groups in the nation.


From a PR point of view, Eich’s decision was a very bad one. Other corporations have found themselves targeted by the gay community. Chick-fil-A, an Atlanta based company has opposed gay marriage based on its commitment to Christian values, but most corporations regard any vocal opposition with more fear than courage. It has a lot to do with being in the business of selling products and services as well as being answerable to their investors.


It also explains, for example, why most embrace environmental demands in some fashion, including Big Oil and Big Coal. It’s no accident that BP Oil has a television advertising campaign going these days emphasizing the way drilling for oil in Alaska generates thousands of jobs elsewhere in the nation. The Gulf of Mexico oil spill is fading into the past as well it should. Simply said, accidents happen.


I suspect that Eich’s decision was based in part on the fact that its corporate headquarters are located in San Francisco. A Reuters news article noted that “Gay rights are widely embraced in the San Francisco area” described as “long known for its thriving lesbian, gay, bisexual and transgender community. Silicon Valley’s tech culture reflects that sensitivity and its companies rely on their CEOs to set that kind of tone.”


The curious thing is that Eich’s “views about gay marriage had been known within Mozilla for nearly two years…” His appointment as CEO put him in the limelight and a call for a boycott by OkCupid opened the doors to a decision to stand by his views or leave, presumably in the interest of the company. The company chairwoman, Mitchell Baker, said of his resignation that “you need free speech to fight for equality. Figuring out how to stand for both at the same time can be hard.”


After freedom of religion, free speech is the next one cited in the Constitution’s First Amendment. It’s not hard to stand for it if you have the courage to do so.


Largely unknown to most Americans is the growing matrix of laws at the state level that grant a special status to the GLBT community. This is particularly true in Massachusetts. At the federal level, the “Employment Non-Discrimination Act” has passed the Senate and is headed for a vote in the House. Critics say it would create a federally-enforced special employment status for homosexuals and transsexuals. Such a law would create a privileged inequality, not equality in the workplace.


Andrew Sullivan, a prominent gay blogger, showed the kind of courage that Eich should have. “You want to squander the real gains we have made by argument and engagement by becoming just as intolerant of others’ views as the Christians?” asked Sullivan. “You’ve just found a great way to do this. It’s a bad, self-inflicted blow. And all of us will come to regret it.” From a PR point of view, Sullivan is right.


“If this is the gay rights movement today—hounding our opponents with a fanaticism more like the religious right than anyone else—then count me out,” said Sullivan.


Christian views are not the stuff of “fanaticism” but rather reflect deeply held spiritual values and a definition of marriage that goes back 5,000 years or more. Those views should be defended.


Reuters noted that Robert P. George, a Princeton University professor, “said Eich’s case was another example of how religious conservatives who only support heterosexual marriage are being victimized for their views. Now that the bullies have Eich’s head as a trophy on their wall, they will put the heat on every other corporation and major employer.”


Therein is the reason why Eich’s swift departure was a mistake. He could have and should have allowed the controversy to rage for a short while and watched it disappear.


Polls about gay marriage reveal how sharply divided Americans are on this issue. It goes well beyond being “Christian” or any other religious affiliation. It goes to the issue of whether members of the same sex should be granted the legal rights associated with marriage. For as long as civilization has existed, opposition to same-sex marriage has been a central element of what is deemed moral behavior.


It isn’t, as the courts have ruled, an issue of “equality.”  Heterosexual marriage goes to the core of what a society requires to maintain itself. It is the heart of a healthy society and redefining it because a minority whose sexual orientation demands it can only weaken society and the nation that bows to their demands.


Gays could have accepted civil unions, but they choose not to. Now they are out to transform America by employing an intolerance that endangers it.

There are really only two sides in any argument of this type:

(1) Those who believe in a Creator and who thus define GOOD as "that which the Creator intended", and EVIL as everything else; and

(2) Those who believe we are the result of purposeless physical processes and who thus can't define GOOD or EVIL at all.

The former are like scientists who discover an alien spacecraft in the desert and say, "Let's figure out how the aliens intended this thing to work so we can get it flying again"; The second group is like a bunch of vandals who do as they please with the thing and eventually destroy it.

Dostoevsky put it well: "If God does not exist, everything is permitted." Even forcing one's views on others while chanting "liberty and justice for all".

The second correction is The Supreme Court of the United States did not rule on the constitutionality of Proposition 8 (Or Gay marriage.) it ruled on a specific obscure legal issue having nothing to do with Gay Marriage, but having to do with procedure - who has standing in The Supreme Court of the United States to represent a state when the states elected officials refuse to defend (Remember The California Supreme Court ruled Proposition 8 constitutional.) a legal state amendment. Because it was unprecedented and had never happened - for individuals who wrote Proposition 8 to claim to have this standing The Supreme Court of the United States said, "No you do not have standing since private individuals have never had this standing. We are not going to start;" or words to this effect. And much like municipal court if you challenge a ticket and the officer who wrote the ticket is not present in the court to testify against you, you are acquitted by default, or the ruling goes in your favor. This is what happened in Proposition 8, it fizzled out with an obscure ruling exonerating the plaintiffs not because they were right, or met any known constitutional statute derived from the Amendments of The United States Constitution, but because the State of California officials refused to represent the 7 million voters who passed Proposition 8 and private individuals who decided to represent those 7 million voters did not have standing in The Supreme Court of the United States. Which means just like in traffic court, because the judge rules in your favor when the police are not present to testify against you, does not mean all cases having to do with speeding are now ruled in all plaintiffs favor. No, only your case is ruled in your favor. This is the way our constitutional government of law and order is supposed to work. However the tyrannical Ninth Circuit Court lifted the stay under pressure from the tyrannical Governor Jerry Brown and State Attorney General Kamala Harris(For not standing with 7 million California citizens whom many probably voted for him/her putting him/her in office - think how many would not have voted for him/her if they had known he/she was not going to have their back when they voted to approve a California Supreme Court approved Proposition 8,) allowing Gay Marriage to go forward for all gay couples rather than ruling narrowly that only the plaintiffs could marry and gay marriage had not been recognized by the federal courts.

So when the "experts" spout this is settled law and Gay Marriage is inevitable; when people claim Gay Marriage is "legal" in 17 states - remember only obscure individual federal judges have said, "Gay Marriage" is legal - not the millions of U.S. citizens who have voted and approved state constitutional amendments upholding marriage exclusively for heterosexual couples; and not the Supreme Court of the United States. The Gay Activists are putting all their hopes on 9 U.S. citizens appointed to the Supreme Court of the United States to eventually tell all those millions of other U.S. citizens that yes, they have found somewhere in The Constitution of The United States that is says, "Marriage includes "Gay" Marriage." (Supposedly) nullifying the beliefs of those millions of other U.S citizens. Talk about a crap shoot. Final note - how is abortion fairing in these United States in the 21st century?