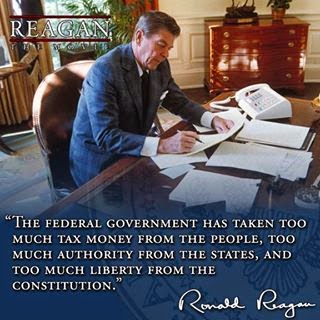 By Alan Caruba
﻿
It was a Founder and our second President, John Adams, who said “Our Constitution was made only for a moral and religious people. It is wholly inadequate to the government of any other.”


He was right and I am sure he would be appalled to know that the Constitution has since been interpreted to permit the murder of the unborn or that the ancient definition of marriage has been trashed to permit people of the same sex to “marry.” The legalization and use of marijuana is a further sign of decline.


These and other elements of the values expressed and expected by the Founders are eating away at the present and future of the United States of America. The Supreme Court was created to rule on what the Constitution’s actual words say and mean, not on the passing aspirations of generations who have abandoned the fundamental principles of the remarkable government it created.


The Constitution represents a federal government that was granted limited powers. The rest were retained by the States, but Communism and Socialism are based on a strong central government, one ruled by an elite class of intellectuals to oversee all elements of the economy and to set the rules by which everyone must live even if they conflict with their religious convictions and moral values.


The degradation of the nation has tracked the rise of Socialism, begun with Karl Marx’s creation of Communism. Born in Prussia in 1818, Marx was influenced by the writings of Hegel, a German philosopher. Marx’s socialist writings would get him expelled from Germany and France. In 1848, with Friedrich Engels, he published The Communist Manifesto and was exiled to London where he wrote the first volume of Das Kapital, living there until his death in 1883. Suffice to say that the Communism he unleashed would cause the death of hundreds of millions, particularly in Russia and China where it was embraced.


Americans and, in particular, conservatives who have a high regard for the Constitution and the values of personal freedom and liberty it bestows on individuals, have been fighting against the tyranny of Communism and Socialism, but it has always had an appeal to those who prefer to let others determine the actions of government and the bigger it is, the better. This is enhanced by a government that redistributes the wealth from those who worked for it to those who have not.


Along the way there have been voices that have spoken out against Communism and Socialism. I came across a speech by one of them. At the time he said, “We’re at war with the most dangerous enemy that has ever faced mankind in his long climb from the swamp to the stars, and it’s been said if we lose that war, and in so doing lose this way of freedom of ours, history will record with the greatest astonishment that those who had the most to lose did the least to prevent its happening.”
It is happening today in an America that has twice elected a Communist as its President, some say out of guilt over the slavery the nation countenanced and which took a Civil War to end. That Civil War was fought between moral Americans who hated slavery and those who profited from it. In the latter part of the last century, Americans joined with the black community to put an end to the injustices it had encountered for a century. That was the act of a nation with its moral values intact. 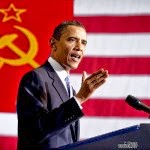 Barack Obama was “a red diaper baby” raised from birth by a family devoted to Socialism and educated in universities where it thrives today. His actions are entirely determined by the Marxist theology to which he has devoted his life and his failures demonstrate its failures. In the process, millions of Americans are suffering unemployment in an economy that knows what it takes to create growth, but which has been thwarted by massive government regulation and the crony capitalism that corrupts it. It has wasted billions on the global warming/climate change hoax that is still being advocated by some in Congress.


In the stump speech given to support the campaign of a leading conservative, the speaker said that the issue of that election was “Whether we believe in our capacity for self-government or whether we abandon the American revolution and confess that a little intellectual elite in a far-distant capitol can plan our lives for us better than we can plan them ourselves.” That question exists today.


A centralized government was the “very thing the Founding Fathers sought to minimize. They knew that… a government can’t control the economy without controlling people. And they knew when a government sets out to do that, it must use force and coercion to achieve its purpose. They also knew, those Founding Fathers, that outside of its legitimate functions, government does nothing as well or as economically as the private sector of the economy.”


At the time he gave his speech, he noted that “For three decades we’ve sought to solve the problems of unemployment through government planning, and the more the plans fail, the more the planners plan.”


He warned that, “Our natural, unalienable rights are now considered to be a dispensation of government, and freedom has never been so fragile, so close to slipping from our grasp at this moment.”


He could have delivered that speech today, but the speaker was Ronald Reagan and the speech was given on October 27, 1964. He was campaigning for Sen. Barry Goldwater who was running against Lyndon Baines Johnson who was the incumbent as the result of the assassination of John F. Kennedy. Johnson was overwhelmingly elected and, while expanding the war in Vietnam that would cost more than American 53,000 lives, he also launched the “Great Society” program based entirely in Socialism. Like the war, it too would fail.


Goldwater had rejected the New Deal socialism of Franklin D. Roosevelt and it was Roosevelt who would preside over the nation’s longest economic doldrums from his first election in 1932 until the Great Depression would end in the wake of the Japanese bombing of Pearl Harbor in 1941. Four years later Americans would celebrate the defeat of the Japanese Empire and Germany’s Nazi regime.


Reagan would be elected President in 1980 and, through two terms, would oversee economic growth that would be passed onto George W. Bush. The nation would turn to Bill Clinton in 1992, electing him twice.


To save the nation today, Americans must reject a Democratic Party that resembles the Communist Party USA. The voters must secure control of the Senate and House by a Republican Party that must tap into the values of men like Reagan and predecessors that included Coolidge, Hoover, and Eisenhower. Both Bush presidencies tried as well.


The warnings Reagan voiced in 1964 are no less true today and, with Barack Obama in the Oval Office, an even greater threat exists than did five decades ago. If we fail, we will be signing a suicide pact with Communism.

Many claim that the Constitution is outdated, to the contrary, it is a perfect document, as much so as ANY document can be, and is, or should be applicable to any and all situations the USA could face...

It was written for a moral people, a band of true, freedom loving Americans and yes, this *death by Communism* is going to be the death of a nation, a people and the most wonderful document ever written by mortal men..

Can't say much about China's Communism, but Russia's Communism is by far the most interesting. The 'hundreds of millions' death is exaggerated, but we can say that bad climatic conditions in the thirties, along with dry climates in Ukraine, contributed to those disastrous years.

As for China, well. That nation has never had a large care for its people.