Are Lying and Politics the Same Thing? 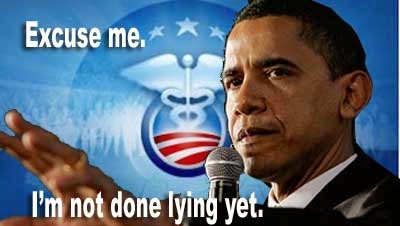 
In a letter of advice to Peter Carr, dated August 19, 1785, Thomas Jefferson said “He who permits himself to tell a lie once, finds it much easier to do it a second and third time, till at length it becomes habitual; he tells lies without attending to it, and truths without the world's believing him. This falsehood of the tongue leads to that of the heart, and in time depraves all its good dispositions”


Considering that all but the most dense know that President Obama is now famous for lying repeatedly to secure public support for the Affordable Care Act –“If you like your plan, you can keep your plan”—we are all at a point of history in which this contemptible behavior by the President is being replicated by Democratic Party politicians seeking to be elected or reelected.


It is so bad that Karl Rove devoted a column to it in a recent edition of The Wall Street Journal. “The lesson many Democrats seem to have taken away is that the benefits of misleading voters outweigh the downsides. At least that view seems to be guiding Democrats in the battle for the Senate, especially the work of Majority Leader Harry Reid’s Senate Majority PAC.” Rove cited a number of campaign ads, saying “Campaigns often make shaky claims, but these Democrat ads are flat-out falsehoods.”


Naturally, Republican candidates are fighting back, but they are not the only Americans fighting the lies that seem to flow ceaselessly from the government these days. In the recent confrontation with Nevada rancher, Cliven Bundy, the Bureau of Land Management (BLM) put forth the absurd lie that it was about protecting some species of tortoise. The real issue was Bundy’s longtime refusal to pay grazing fees for lands his family had used for well over a hundred years.


As for the tortoise, the Las Vegas Review-Journal noted that “The federal government has killed more tortoises than Mr. Bundy’s cattle ever could. For from threatened, the tortoise is so abundant that, as of a few years ago, more than 10,000 had been collected from the Las Vegas Valley, and tens of thousands of tortoises live as pets in Southern Nevada.”


If the BLM could make any claim to being good stewards of the land that belongs to the federal government one might be more sympathetic, but the BLM is small potatoes compared to the avalanche of lies that pours forth from an Environmental Protection Agency that feels free to reinterpret the Clean Air and Clean Water Acts any way they want. The EPA has recently requested jurisdiction over all public and private streams in the U.S. that are “intermittent, season and rain-dependent”; in short, every drop of water on every inch of land. Goodbye private property—the very essence of capitalism.


With Obama demonstrating how easy it is to alter elements of the Affordable Care Act to suit political purposes, particularly when it would affect the outcome of his own and the forthcoming midterm elections, is it any wonder that others throughout his administration feel the same way?
The Obama first and current terms are monuments of lies. The most blatant, prior to the 2012 elections, was to claim that the Sept. 11 attack that killed our ambassador to Libya and three security personnel was a “spontaneous demonstration” based on a video regarding Mohammed. As we know, that was a blatant lie, but in her testimony before a congressional committee then Secretary of State Hillary Clinton famously asked “What difference does it make?”


It is the constant cascade of lies that distinguishes the Obama administration and another example is that of Lois Lerner, on leave from the Internal Revenue Service and likely subject to a contempt of Congress citation after it has become obvious that she was a key player in the deliberate effort to deny tax exempt status to “patriot”, “tea party”, or other conservative organizations that need it to raise funds.


It says a lot about the administration that its Attorney General has already been slapped with a contempt of Congress citation after refusing to give up documents regarding the “Fast and Furious” program that put guns in the hands of Mexican drug cartels.


The reason we keep reading and hearing about the lies pouring forth from the administration and the Democratic Party these days all lead back to its leader, Barack Obama.


It is not even a matter of speculation that he is lying, but pay attention to the way members of the nation’s press almost never use the words “lie” or “lying.” Instead we hear and read synonyms like “falsehood” and “untruths.”  No, they are LIES.

And the price we ALL pay? The nation we love no longer receives the respect it did in the past. Neither our allies, nor our enemies trust the Obama administration and with good reason. That affects our economy, our security, and our future.

Alan, recall that all of this president's past history is also based on lies. So much so that he has sealed his papers so no one can learn the truth of his background.

That opening paragraph says a lot about Obama's mindset.

"A lie if repeated long enough becomes the truth" - Lenin

And that is no lie!