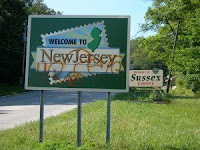 All across America, various environmental organizations have been engaged in schemes to deter development such as housing, new energy plants, or the horror of a manufacturing facility that might actually employ people. In some states, the attack has been on farms and ranches, finding ways to punish their owners for improving their land in any fashion such as digging a drainage ditch.

Property rights were deemed so essential, so important to the economic future of America that the Founding Fathers wrote an Amendment to the Constitution to protect those rights, ensuring that private property could not be taken for public use “without just compensation.”

As far as environmentalists are concerned, private property rights are an impediment to the “protection” of what they always describe as “pristine” forests, deserts, or some horrid wilderness such as the Alaskan National Wildlife Reserve. ANWR is unfit for human habitation, but it does have countless thousands of caribou and several billion barrels of untapped oil beneath a “pristine” surface.

In a small State like New Jersey, land and its proper use has been a major concern from its earliest years. The State got its moniker, “the Garden State”, from the many farms in its southern half, although there are some in the north. One can drive up Route 78 through the northern portion and see horse farms and even cattle being raised.

Beyond its urban centers, there are large, verdant areas in which one can find small, picturesque suburbs and one of those areas is known as the Highlands. It is a 1,400- square-mile region, some 860,000 acres, extending from the northern border with New York and including land in Sussex, Warren, Passaic, Morris, and Hunterdon Counties.

The Highlands Water Protection and Planning Act was enacted in 2004 and signed into law by former Governor James McGreevey whose lamentable and mercifully abbreviated term in office was cut short when, in the wake of a scandal concerning a young man whom he had put on the state payroll, he announced he was a homosexual and resigned.

Put into motion in 2006, the State’s largest daily newspaper, The Star-Ledger, editorialized that “Development controls are so sweeping that perhaps less than 20 percent of land in the region is left available for construction, even in the half of the region lawmakers had targeted for future growth. That small amount of buildable acreage could be cut further when additional rules, such as new regulations for septic systems, are completed.”

The area in question is a watershed and the environmental claim was that any further construction or use of it posed a threat to water quality and that the area, home to abundant wildlife, needed to be subject to all manner of regulation and restrictions to protect it against the humans who had been living there since before the Revolution.

There never was a need for the Highlands Act. Existing environmental laws were and are sufficient, but the objective was to render the huge tract of land beyond any development, to reduce the value of its homes and other structures, and generally put it off limits. This kind of green gangsterism is part of the reason why, along with high taxation, and senseless spending, more people leave New Jersey than move here.

In 2007, northern New Jersey farmers and landowners affected by the Highlands Act made plans to contest it in court to protect their loss of equity and private property rights. Consider if you owned a home in this vast region and wanted to sell it. Who would buy it knowing that you could not add a porch, a swimming pool, or even some swings for kids to play on? If you were a farmer almost any normal act of tillage or harvest could be ruled a danger to the environment.

As a Star-Ledger columnist, Paul Mulshine, pointed out in July 2007, “The purpose of the plan was not to redistribute development, but to stop it entirely. And the way the law was written is positively Machiavellian. The Highlands law amounts to an ingenious effort by the state to grab as much land as possible without leaving the state open to a court challenge under the takings clause of the Fifth Amendment.”

I was reminded of this appalling piece of environmental chicanery when a story appeared in The Star-Ledger in late January. “A report by Gov. Chris Christie’s transition team calls the Highlands Council ‘a disaster on multiple levels’ and recommends cutting the water-protection agency’s powers over local zoning or eliminating it.”

It has taken six years of suffering by the many landowners of the affected area and frustration among the many local officials in towns affected by this hideous land grab to finally reach a point where something might begin to be done to repeal the act and return the legislatively stolen property rights.

All around America, similar actions have been occurring, spurred on by various environmental groups, and all intended to drive out farmers and ranchers, to kill any development of any kind, and to abrogate the Constitutional protection of private property in every way possible.

It is part of a vast matrix of efforts to destroy the nation’s economic growth and it is too often successful. Given their antipathy to all human activity, if the Greens had their way, they would put up signs everywhere that would say, “Keep Out!”
Posted by Alan Caruba at 1:43 PM

They stole my 8 acres and will never compensate me. They should let me declare my 8 wooded acres as a water farm, tax the idiots in east jersey and send the money on to me.

There should be a warning that follows this.."Look out we're going to put up another Wal-Mart, strip mall etc., etc.."

When I was in high school, several hundred land owners in my community were thrown off their family land in order to make way for a new reservoir. At the time, many of them protested, since many of their farms weren't even close to the the proposed site. State officials insisted that the area surrounding the reservoir was going to be a protected watershed, and they had to turn their land over and leave in the name of the public good.

After several years of legal challenges and significant grief for the families involved, the farms were seized, and the reservoir was built.

For many years after that, those people's farms surrounding the reservoir were allowed to go fallow. It was all set aside as State Park land where we could go to hunt, fish, ride horses, and enjoy nature. I felt bad knowing that people's family land had been seized, but our community did need the water, and those folks were properly compensated weren't they?

Now, 30 years later, all that land has mysteriously turned into housing developments. Apparently, the watershed doesn't need to be protected anymore. The entire reservoir is surrounded with housing, and the park lands have shrunk down to the point to where there is just a narrow band immediately surrounding the reservoir.

I have no idea how this happened, or if any of those land owners have ever taken any action against the state, but my blood boils every time I drive past and see all those houses sitting on what was supposed to be "protected land". If nothing else, it certainly highlights the fact that money talks, and it also highlights the fact that bureaucrats simply cannot be trusted. One day, landowners are being tossed off their land in the name of the public good, and a few short years later, their land is being sold off to the highest bidder, and $600,000 homes are being built.

I can assure you that had that been MY family land, heads would be rolling today...