How to Watch the State of the Union Speech 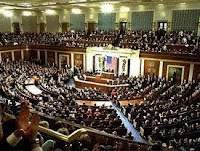 Here are some suggestions on how to watch the State of the Union speech. The Washington, D.C. lingo for it is “SOTU” because Washington loves acronyms and, of course, it is delivered by the POTUS, President of the United States. It is rumored that his Secret Service code name is “Moron.”

The speech doesn’t begin until 9 P.M. Eastern, meaning that Easterners can go to bed directly afterward because it will have induced a deep sense of what the French call “ennui”. Most things sound better in French, but for the rest of us, it just means we will have been bored to death. For those on the West Coast, it means the better part of their evening has been ruined.

The SOTU tradition is that the Sergeant at Arms announces to the joint session of Congress that the President has arrived. He then proceeds down the aisle pausing to shake the hands of those members of Congress desperate to be seen doing anything other than dialing for dollars. The women generally wear red to be noticed. The men just drool a lot.

The President makes it to the podium and hands a ceremonial copy of his speech to the Speaker of the House. Her job is to sit glassy-eyed behind him to the right and leap to her feet, applauding every time he pauses after making some dramatic statement. Unseen by the public is her copy of the speech that actually says, “Jump up here”, every few paragraphs.

To the left is the Vice President whose only real job is to preside over the Senate, something he rarely ever does except if his vote is needed to break a tie. John Nance Garner, one of FDR’s Vice Presidents described the job as not worth a bucket of warm spit. The Vice President’s main function is to be an object of ridicule right up to the minute someone shoots the President. He then instantly becomes a statesman.

The President will begin by looking back over the year. The SOTU is actually a Constitutional requirement. “He shall from time to time give to the Congress Information of the State of the Union, and recommend to their Consideration such Measures as he shall judge necessary and expedient…”

You can be very sure that POTUS did not write SOTU because he maintains what surely must be the greatest stable of speech writers in the history of the office. It has long been obvious that the present holder of the office is incapable to speaking without Tele-Prompters and he was spotted recently addressing an elementary school class using them. He is very skilled at their use, has problems speaking from notes, and apparently is rendered mute if required to carry on an ordinary conversation without careful and intensive preparation.

The portion devoted to his “accomplishments” is likely to be mercifully brief as about the only thing he has accomplished has been to render several future generations of Americans slaves of the huge debt he has run up with bailouts, stimulus nonsense, and other means of spending. It is doubtful he will make reference to his Nobel Peace Prize insofar as he has done nothing to earn it so far.

As to his intentions about the future, he may make some passing reference to the reform of healthcare, but that monstrosity has been slain like St. George’s dragon by Scott Brown of Massachusetts, a Republican who will be sitting where Teddy Kennedy, a Democrat, sat for decades.

POTUS may also speak of the Cap-and-Trade bill languishing in the Senate where it will be allowed to die quietly for the same reason that Prohibition had to be repealed; it’s a really stupid bill that nobody wants.

In time, POTUS will reach the end of SOTU, but not before the Democrats in the chamber have leaped to their feet repeatedly to applaud while the Republicans remain seated, glancing at their watches in hopes they won’t miss too much of the Jay Leno Show.

Between the beginning and the end of SOTU, the POTUS will strive mightily to appear “relevant” and “engaged” and “focused” and “feisty” and….well, he will try to look like he knows what he’s talking about, but subsequent analysis will reveal he is, as usual, clueless.

This being the Land of the Free, you are of course free to ignore the SOTU by the POTUS. There are some interesting documentaries on cable about the sad plight of the gnus who end up as lion dinners, the migration of just about any bird that flies from point A to point B, and several shows on why we are all doomed to be struck by asteroids or some other natural catastrophe.

You may, if you watch SOTU, be inclined to conclude that we are doomed because of the POTUS who delivers it.
Posted by Alan Caruba at 7:25 PM

Thanks Mr. Caruba, I can go to bed laughing now. I'll not blame you if I wake up my husband! God Bless!

That was a deliberate, and if I may say brilliant, strategy, because in doing so, he demonstrated the importance of learning to read. In fact, as one deeply impressed child spontaneously blurted out, "Looka Dat! Da Prezindebt can READ!"

Isn't it gratifying to see that the "No Child Left Able To Think" strategy is paying off so handsomely? //SARC=OFF//

Oh, yes, and what about after the SOTU address? Will the Republicans be allowed any time to explain why O'Bunko is an idiot and his speech is all lies, or is that just a courtesy the MSM gives to Democrats?

"….well, he will try to look like he knows what he’s talking about, but subsequent analysis will reveal he is, as usual, clueless."
Once again Mr. Alan, you have hit the nail on the head. Are you sure you weren't a carpenter in a previous life??
I believe at the time of the SOTU is on is my monthly toe nail trimming. Speech..toenails?? What to do. Hopefully there is an "All in the Family" rerun on..

Someone called in to Rush's show yesterday (Mark Steyn was filling in for him) and suggested that all the Senators and Congressmen on the right side of the aisle simply LAUGH as Obama hits each of his "laughable" talking points tonight. She had a good point ... shouting "liar" makes you look rude and will get you reprimanded, but simply laughing out loud when he makes ridiculous statements like "we're going to impose a spending freeze" would make for a very interesting show. I know I won't be laughing here .. I'll be too busy screaming at him ...

OK, that's it, there will never be a more perfect post, anywhere...

HOW-TO instrutions on how to watch the State of the Union speech...great wit! http://tiny.cc/pvw0v