Race and Politics in America 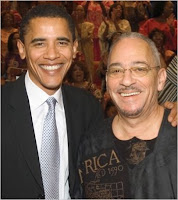 Politics in America has always been about race. It began with the writing of the Constitution and the compromises made by the Founding Fathers in order to keep the southern states in the fold.

It can be found in the very first Article that makes reference to the “respective numbers, which shall be determined by adding the whole number of free persons, including those bound to service for a term of ten years, and excluding Indians not taxed, three fifths of all other persons.”

Those “other persons” were black slaves.

On June 21, 1788, the Constitution became effective when New Hampshire became the ninth state to ratify it. In 1861, seventy-three years later, the Civil War began and lasted until 1865. Despite amendments passed after the war to enfranchise the freed slaves, it was not until 1964 that a comprehensive Civil Rights Bill was passed that ensured the enforcement of measures to bring about a measure of actual equality.

Then President Lyndon Johnson reportedly said to his then aide, Bill Moyers, that in signing the bill, the Democrats had forfeited the South and he was right. In the years that followed, the southern States became red states.

When Republican Majority leader, Trent Lott, revealed his inner racist while celebrating Sen. Strom Thurman’s 100th birthday, the calls for his resignation were loudest among Democrats and now, another Senate Majority Leader, Harry Reid, is in trouble for calling the President a “Negro” and complimenting him on the fact that he does not have a dialect widely associated with the black community. Sadly for Reid, leading race-baiters, Jesse Jackson and Al Sharpton, both have run for the presidency in the past and have dialects that are easily imitated.

Racism in America is not a one-way street, nor is it restricted to the black-white divide. In the “melting pot” of America, we all mock each other to the endless amusement or annoyance of the groups involved.

One of the classic Saturday Night Live segments pitted Chevy Chase against Richard Pryor in an exchange of racially charged slurs. It probably did more for race relations than all the laws on the books because it revealed that racism is part of the fabric of our society.

The revelation about Sen. Reid may get him dislodged from his position as Senate Majority Leader even though the White House immediately made it known that President Obama had forgiven him and accepted his apology. It is no small irony that Hispanic Americans now outnumber black Americans, ensuring its minority status for the future.

The election of Barack Hussein Obama was initially seen as indication that the bad old days of racism were behind us. While more than 90% of the black community understandably voted for him, he needed a significant margin of white/Hispanic votes to get elected.

Voters were so obsessed with former President Bush’s two terms that they ignored the fact that he selected Colin Powell to be the first black Secretary of State and that Powell was succeeded in that office by the first black woman, Condoleeza Rice. Bush’s father had elevated Powell to the Chairman of the Joint Chiefs.

By comparison, President Obama’s selection of Eric Holder as the first black Attorney General has generated a huge backlash for his decision to extend the full rights of the Constitution to admitted enemy combatants.

I am not given to predictions, but I will suggest that Barack Obama will be the last black President for a very long time.

Obama has performed so poorly in his first year in office that he has made it impossible for future generations of Americans to disassociate his race from the disappointment he has engendered.

If it turns out that Obama was never eligible to run for and hold the office, he will have compounded his failures and harmed the interests of black Americans in public life for a very long time to come.
Posted by Alan Caruba at 9:31 AM

The only thing that is going to dislodge reid is, not being re-elected. If it's got the "Demz Seal of Approval" on it then short of a coup, not much is going to happen.
The "DC Double Standard" is a license to double down.

I think it is inherently racist for blacks to separate themselves from other races and demand special treatment. They are racists - their victimization separation is racist - and I'm sick and tired of the biggest racism coming from victimization revelries.

We shouldn't be classified, grouped, prioritized, or separated on the basis of race at all - something that blacks are using as their means to economic benefit and gain for themselves.

This nation is being destroyed by those who keep playing the race card and using it to advance themselves as a special group separated from the rest of us - that's racist.

I'm not going to be called a racist because I happen to be white and conservative and don't feel that I owe someone something special as a special group on the basis of their race. They are the racists - not me.

I tend to think of it as "human nature"; the tendency to identify with one's one group, tribe, family, etc.

It may be "human nature" to identify with one's "group" but not to the exclusion or expense of 85% of the remainder of the population.
Also, IMHO what Trent Lott said was nowhere as egregious as what hairy weed said on the "racist scale"..

Every country deals with race differently. The two biggest mistakes in American history once one gets beyond slavery: (1) forced integration by court rulings - you can’t force people to want to associate with, get along with, or respect you; and (2) affirmative action - no matter how one looks at it, it smacks of unfairness and does not make people respect you.

What we have today are simply the long-term ramifications of bad racial policies. What is perhaps more fascinating is that many think that 50 years of legal integration has somehow negated or counterbalanced the treatment afforded blacks prior thereto.

The reason that society is incapable of addressing the racial issue is because we view it from a perspective which is not conducive to real analysis. We talk all around the fundamental, underlying reasons for racism, and make it an emotional issue. How does one expect to cure the cancer without focusing on the cancerous cells and the biological reasons for cancer? Focusing on the symptoms is an ineffective mechanism to employ. Racism serves a far more complex pragmatic function than we are generally willing to acknowledge.

As you say, Alan, America may not elect a black president for a long, long time. We in Britain are in a similar bind, since it will be at least another hundred years before we can commit ourselves to the folly of electing another female Prime Minister.

I don't think anyone in the rest of the world understands how much, how deeply, we despise Margaret Thatcher. She destroyed our country during the course of the Eighties; every disaster since then has been nothing more than a footnote.

Why give the President more power?

Why make him the judge, jury and executioner of anyone he doesn't like?

He can pick anyone he wants off the street of anywhere in the world and "disappear" them. Send them away and have them tortured.

That is too much Goverment to me.

Libertarians: You have been watching to much television drama and action movies.

This is a nation of law, not of men.