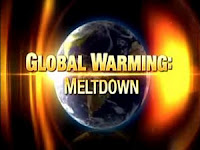 Wars come and go, cities are destroyed and rebuilt, monuments are erected, and life goes on. This is the traditional view of war, but right now the world is engaged in the latest battle of a “climate war” that has been going on since the 1970s when the Club of Rome concluded in a report titled, “The real enemy then, is humanity itself”, that the world’s population had to be reduced.

Whereas wars in the modern era have killed millions and communism as practiced in the former Soviet Union and the early decades of Red China under Chairman Mao killed millions more on a scale with which war could not compete, the advocates of population reduction rival the worst despots to have ever walked among us.

With the revelations from leaked emails between the conspirators who kept the global warming fraud going for many years, the so-called “climate scientists” who, in fact, had created phony computer models and engaged in endless studies to “prove” that global warming posed a threat to mankind, the term “Climategate” was coined to describe their collusion.

Billions are at stake so far as the “climate scientists” are concerned. They have received millions for their research in the United States and in England. Presumably other nations, too, have provided such grants and the result of the research must always be a continuation of the “global warming” fraud. Beyond the scientists are those who profit from the sale of “carbon credits” to permit “greenhouse gas emissions”, and the millions that environmental organizations such as Friends of the Earth, the Sierra Club, and others rake in.

It is no surprise, then, that those who have been victimized by the fraud will see a coordinated campaign of opinion editorials in newspapers, advertisements, and other means to keep the “global warming” fraud intact. These efforts have been renamed “climate change”, but therein lies the utter mendacity of the campaign because the Earth has always passed through cycles of climate change and always will.

On February 15th, the Boston Globe published an opinion editorial by Kerry Emanuel, the director of the Program in Atmosphere, Oceans, and Climate at the Massachusetts Institute of Technology. It was filled with the usual “global warming” themes; the repetition of the lie that carbon dioxide and other minor atmospheric gases are causing a huge shift that is warming the Earth. Smoothly, the inaccuracies of climate computer models are dismissed as “uncertainties” resulting in “divergent predictions.”

The finest weather-related computer models available are unable to account for the action of clouds, an essential element in weather everywhere, nor can they include the unknown effects of countless undersea volcanoes in the world’s oceans that are another contributing factor. At best, if your local weatherman can accurately predict what will occur in the next two to four days, he’s doing fine.

Predicting what the climate—not the weather—will be decades and even centuries from now is pure fiction. It is the claim that is central to “global warming” and/or “climate change.”

In a rebuttal to Emanuel’s opinion editorial, Bill Gray, Professor Emeritus, Colorado State University, noted that “A high percentage of meteorologists and/or climate scientists do not agree that the climate changes we have seen are mostly man-made. Thousands of us think that the larger part of the climate changes we have observed over the last century are of natural origin.” He added, “Over 31,000 American scientists have recently signed a petition advising the U.S. not to sign any fossil fuel reduction treaty.”

Myron Ebell, director of the Competitive Enterprise Institute, has just released a statement based on the release of still more emails between desperate “climate scientists” whose careers depend on the “global warming” fraud.

The emails explored the ways the public could be distracted from the revelations of Climategate and enticed back to believing that “global warming” is based in real science and occurring. Among the suggestions were “Op eds in the NY Times and other national newspapers would also be great.”

Referring to this as a climate war is no exaggeration. One email said, “Most of our colleagues don’t seem to grasp that we’re not in a gentlepersons’ debate, we’re in a street fight against well-funded, merciless enemies who play by entirely different rules.” One of those rules most certainly is to tell the truth!

What the public has never grasped is that this is not a science-based war. It is entirely political in nature and the Green's enemy has been the resource industries, oil, natural gas, and coal that provide the means by which energy is generated for industrial use and for societies that depend on electricity to function. The subtext of the war is the deliberate destruction of human life on the planet on a mass scale.

That explains why it is especially troubling that President Obama continues to refer to global warming as real and advocates “cap-and-trade” legislation, the largest tax on energy use in the history of mankind. It is the reason he continues to divert millions to “clean energy” and “green jobs”, neither of which have ever proven to equal traditional energy sources or provide sufficient employment to merit support.

So now the climate wars shift into a new phase, one intended to obfuscate and confuse the public again in the quest to foist the greatest fraud and attack on mankind in human history

Editor’s Note: For further insight, read Dr. Tim Ball’s commentary at:
http://canadafreepress.com/index.php/article/20782
To learn why the world’s glaciers are not melting and the seas are not rising, click here:
http://www.iceagenow.com/Our_glaciers_are_growing_not_melting.htm

On his speech before the Club for Growth Vaclav Klaus stated the released e-mails haven’t influenced his views because everyone who was interested in these matters has known what was going on for many years.

The honest researchers and readers and the dishonest ones all knew this was claptrap. The only ones who didn’t know were the general public and the uninterested. Reading may or may not effect eyesight, but the lack of reading definitely perpetuates ignorance.

Integrity however, or lack thereof, is a matter of character and reading won’t necessarily change that nearly as much as government grant money and “scientists” have shown that integrity will go wanting if grant money comes calling.

Who does that leave? Environmental scare mongers, big business (those seeking grant money, tax incentives along with punitive and restrictive regulations) big government, Hollywood and the media! It they all promoting it then that is probably a good indicator that we have a moral imperative to be against it.

I think the sheer size of the global warming fraud that caused many ordinary people to assume "it must be real" because they read and heard about it daily in one venue or another.

Those who participated were the usual legion of the damned who sold their souls to Mammon.

My heroes are the skeptics, the ones called "deniers" and such. They have exercised real courage.

"Climate science: all politics, all the time."

You really don't know the science behind climate change and you are doing a disservice by pretending it's all politics. You are slapping respected scientists like Dr. Emanuel like they are so much political fodder when you really have no idea of the scientific knowledge behind them.

Ever since Al Gore foolishly politicized climate change 25 years ago when scientists like Dr. Emanuel openly contradicted Gore in Senate hearings, the Right Wing is still fighting that political battle as if it were 25 years ago. And the Right is responsible for making far more difficult for scientists to conduct science without being pigeonholed as Left-wing or Right-wing, liars, and whatever politics motivates you.

The implications for continuing this political battle that you all insist on engaging in - without knowledge of, or reference to, is not only detrimental to the science and knowledge, but to the very political beliefs you espouse.

It never ceases to amaze how the Right blew it when Al Gore started his crusade 25 years ago. Here was the perfect political opportunity to embrace what many of us were fighting for - nuclear power generation - STILL the best solution to global warming whether you agree with it or not. It could have spared us 25 years of political bickering and we could be long-since underway with nuclear power plant construction and generation.

You COULD have killed many birds with one stone and been heroes. Reduce dependence on oil, motivate energy companies to slowly convert from oil-based to nuclear-based energy generation and supply, and taken the wind out of the Left's political sails.

But you didn't and you don't get it yet.

As long as you continue politicizing the science, we are going to be sitting around doing and accomplishing nothing. It's time to change your politics and start thinking rationally.

jthomas:
Do you feel better now after blaming the global warming fraud on the Right? The Left never accepts blame and least of all for this horrendous fraud.

Don't come back. You're not welcome here.

"Do you feel better now after blaming the global warming fraud on the Right? The Left never accepts blame and least of all for this horrendous fraud."

Can you honestly state that you even read and understood the help I was giving you?

Now this is confusing...I replied to "jthomas" but "b.j. edwards" replies saying "Can you honestly state that you even read and understood the help I was giving you?"

Somebody's playing games with Uncle Alan and both of you can get lost.

Now this is confusing...I replied to "jthomas" but "b.j. edwards" replies saying "Can you honestly state that you even read and understood the help I was giving you?"

Somebody's playing games with Uncle Alan and both of you can get lost.

"“Our concern has been to bring together a distinguished group of independent scientists who understand the difference between assertion and evidence, and are familiar with using the latter to judge the validity of conclusions arising from science research,” said Trevor Davies, the University of East Anglia’s pro-vice-chancellor for research."

jthomas: Look for a cover-up. The CRU generated millions of pounds for the university and, if fully exposed, would end the climate change fraud.