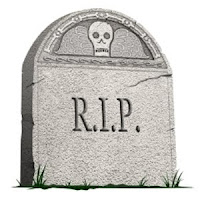 Don’t you think, if the Democrats had the votes for Obamacare, it would be the law of the land right now?

I have been telling friends for days that it doesn’t matter if Obamacare is somehow “passed” by the House and sent to the White House for the President’s signature. It is as dead as Marley’s ghost.

The law will be challenged by law suits or possibly nullified because of the manner of passage and elements of its content that require citizens to buy health insurance. That is manifestly unconstitutional.

I know the common wisdom among the Democrat denizens of Washington, D.C. is that once Obamacare becomes law the great heaving mass of ignorant and unwashed citizens will quickly forget about the whole thing. They are wrong.

Obamacare is the equivalent of the Confederate States declaring secession and the first shots fired at Fort Sumter. That time it took a war to restore the Union, but this time a huge majority of people, Democrats, Republicans, Libertarians, independents, and every other political flag other than the Communist and Socialist Parties USA is opposed to this 2,700 page monstrosity.

Truly, Barack Hussein Obama has brought us all together. Against him!

With regard to the States, one after another is passing resolutions and laws to exempt themselves from the authority of Obamacare and it is likely to reignite and vivify the Tenth Amendment as nothing has in decades.

“The powers not delegated to the United States by the Constitution, nor prohibited by it to the States, are reserved to the States respectively, or to the people.”

The people. That’s us.

In his iconic novel, “On the Road”, Jack Kerouac (1922-1969) wrote, “This is the story of America. Everybody's doing what they think they're supposed to do.”

That’s how the Tea Party movement exploded out of nowhere and suddenly was everywhere. It’s all those people jamming the phones on Capital Hill, burning up its fax machines, overheating its email system. It is quintessentially American.

And, as for the States, they are all sovereign republics! They have their own constitutions. And they will fight back, too.

There isn’t a governor breathing who (a) doesn’t know his State is broke and (b) knows Obamacare will aggravate that condition to a point where they no longer will have any budget over which they can exercise any control because this “entitlement” is the ultimate deal-breaker.

So let Madame Pelosi babble away about leaping over fences and parachuting in as if America was some enemy nation to conquer. It does not matter whether she gets Obamacare “passed” or not.

For now, I am going to assume that it will be defeated in the House.

Even if Obamacare passes the House and is sent to the President, Obamacare will still be a dead man walking.

"An Orange (Peaceful) Revolution" is what you describe and it may happen.

What I've learned from the study of history is that nothing is inevitable.

Hitler could have been killed in WW I....No Third Reich.

The Germans could have decided to keep Lenin bottled up in Zurich...No Bolshevik coup in 1917.

The Japanese could have decided not to attack Pearl Harbor in 1941...The USA would have remained neutral in WW II.

My bet is on civil war breaking out in the next few years based on my understanding of the psychological state of Obama and the dynamics of the people in his inner circle who are all hardcore Leftists of long standing.

Shall we be honest and call them BOLSHEVIKS who in their private chats talk of putting 25 million Patriots in concentration camps?

Look at the current situation from their point of view:

After decades of hard work the radical Left FINALLY has control of the federal government, and they don't plan to let go of the ring of power.

Anyhow, another excellent article by you that speaks to the mainstream of this Republic (If we can keep it)

BO and company can buy a lot of votes with Other People's Money (i.e., taxpayer money), so I am not confident that the bunch we have in Congress can resist the buy-out offers. I agree that passage of this monstronsity will mean devastating defeats in November 2010 and 2012, and the entire program will be tossed out before it can be implemented. Unfortunately, they will begin collecting taxes to fund it immediately, even though no one will "benefit" from its provisions for 4 to 6 years. Those taxes, once implemented, may never go away. Don't people understand this?

By the way, you meant "secession" where you wrote "succession" regarding the Civil War. Other than that - I wouldn't change a word. Excellent article, as usual!

I had three whopping typos in this one commentary when it was first posted. All corrected now. Some days the fingers do not want to cooperate with the brain. Thanks.

"Obamacare is the equivalent of the Confederate States declaring succession and the first shots fired at Fort Sumter."

Now, since the CSA didn't last long enough (with six-year terms) for consideration or election of successors, I'm just going to chuckle a little at your expense, and assume you meant secession instead.

Secession, not succession, was one of the typos. Despite the typos, I am glad the theme of the commentary came through.

I pray that you are right Mr. Alan.
I also hope Mr. Ronbo is wrong. Not in his thinking but what may happen. I would hate to have to fight some of my kinfolk...but then again...there are those I would like to see on the other side,... but I digress...
I don't really put much faith in someone,(The Speaker of the House), who says a piece of legislation is more wonderful than the birth of their child.
Mega-Idgit..

Nancy Pelosi is as close to a complete crazy person in high office as I have ever seen!

Typos or not, Mr. Caruba, I'm glad that there is at least one positive voice around. Your blog helps me level out. God Bless and thank you!

Be of good cheer, Carolyn.

As for the typos, I am suffering from a body clock that is trying to adjust to that useless Daylight Saving Time change. They are thankfully rare and always quickly corrected.

The good news is that Obama is now seriously damaged goods.

Pelosi as a crazy person. I'd like to hear more about that. Details.

Oh, sure, Bruce. I am going to drop everything and do a complete dissertation on the random observation that he appears mentally unhinged much of the time.

Why don't you just pay attention the next time she's on TV?

Alan, I worry that may NOT be the case. I say Kill the Bill and bury ObamaCare, but if Dems are successful in using "Deem and Pass", things may not be as dead as we want. I'm thinking the Lame Stream Media would overhype any ObamaCare 'victory' to the point where Dems think they have nothing left to lose. Barack would take advantage of this to leverage Dems into shoving the rest of his effing agenda down our collective throats. The lesson? Make sure Dems are aware that they have much more to lose than their jobs -- like maybe the future of our great country!
Thanks for a great read, Alan!

We're all whistling passed the graveyard.

The nation is truly in God's hands right now.

They don't have the votes today but .... another one, Kucinich, officially caved today.

We all need to keep really close track of these "Health Care Holdouts", and see what happens to their careers, districts, and bank accounts as this travesty unfolds.

I just read this piece on Jason Altmire:

He says, and I quote ..."So far, there's definitely a tilt in opposition to the bill," ... "If that continues this week, that's going to play a major role in my decision."

You openly admit that you're hearing overwhelming opposition to the bill, and we all know that there isn't a snowball's chance in hell of that changing any time soon, so what's the holdup Jason? It seems like a pretty easy decision to me. Why can't you just make up your mind now?

Could it be that you're waiting to see what the Obamster has in his stimulus funded bag of tricks for YOU?

We all know that the public's opinion of this bill isn't going to change, but I'll bet my bottom dollar that, just like Kucinich, Altmire will find some lame reason to justify ignoring his constituents, and will cast his vote corruptly.

We need to watch these people like hawks, find out what they "get", and then make sure the people at least get a chance to make their voices heard on THAT subject ... at the polls.

Now, it all boils down to how many of these traitors they can buy ... and that sickens me.

Two can play at the "Deem" (imaginary) game:

I DEEM Obama, Pelosi and Reid impeached and removed from office.

I just came down with Strep throat. Then, I put my back out at work. So, I went to my doctor, waited 15 long minutes (though it felt like forever) and he gave my prescriptions for antibiotics, anti-inflammatories, and muscle relaxants. Well, it cost me $0 to see my doctor and my employer health plan covered 40% of the drugs immediately and I charged the other 60% to my health spending account (also through work). Grand total out of my pocket: $0. Where do I live? Canada. That's real life, that's the real world. There's no far flung ideology here, just me going to my doctor and my Canadian system covering me. And, I'm willing to bet that my premiums are lower than yours because I don't have insurance companies gouging. Economies of scale, they're not always a bad thing. You all should come up and visit some time but, things have changed since Sarah Palin used to come over for free health care, now, we'll make you guys pay. But it sure is beautiful here.