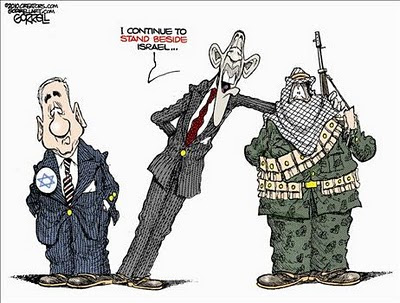 Passover 2010 will occur on Tuesday, March 30. It is an ancient Jewish holy day, the first to be mentioned in the Old Testament (Torah). It will last until April 5th and is most associated with the “Seder” or family dinner composed of a number of symbolic items and the reading of the Haggadah, a book of prayers that explains the symbolism of each. The Passover Seder will be celebrated on Monday evening prior to the date of the holy day as per Jewish tradition.

The significance of Passover (Pesach) is the retelling of the story of how God, working through Moses, freed the Jews from Egyptian slavery and set them on their journey to Israel.

Biblical scholars note that Moses had not only murdered an Egyptian guard, but was not a particularly articulate man, so God in effect did not select a saint, but rather a flawed individual. Moses had been spared death as an infant when his mother saved his life by giving him up to fate. Found by an Egyptian princess, he was raised in the house of the pharaoh.

It has been a very long journey for the Jews ever since, finding, building, and losing their homeland, and millennia later, after a deliberate effort to kill the Jews of Europe, reclaiming their homeland to establish a new Jewish state in 1948. They were not welcome.

It is a sad commentary on the rest of mankind that an irrational hatred for Jews has not abated and the lies about them have never ceased.

There has been some consternation of late regarding the signals coming out of the Obama White House concerning its policy toward Israel and such things are not to be lightly dismissed. Israel is a western outpost, albeit a very tiny one, in the Middle East that is hostile to both Jews and Christians, Hindus and Buddhists.

On Passover, things around the White House may be a tad quieter given that Obama will be missing the company of Rahm Emanuel, his chief of staff; David Axelrod his senior advisor; Ronald Klain the chief of staff to the Vice President; Larry Summers his an economic advisor along with Paul Volcker; Tim Geithner his Secretary of the Treasury; and Peter Orszag his head of Budget.

For those who attribute everything to the Jews, it must surely be even more disquieting that, the evening prior to the rude treatment accorded Israeli Prime Minister, Bibi Netanyahu, the American Israel Public Affairs Committee hosted a dinner attended by more than 7,000 of Israel’s friends in Washington, D.C.

To the everlasting confusion of my conservative friends and colleagues, the question of why American Jews are overwhelmingly Democrats and were big donors to the Obama campaign remains a mystery. Obama has given clear evidence of “leaning” toward Muslims in general and favoring the Palestinians in particular.

Raised a Muslim in Indonesia and a parishioner for many years at a Chicago church led by a preacher unsympathetic to America, yet surrounded by Jewish advisors, the phrase “blind faith” comes to mind for those Jews who continue to support Barack Obama.

It would be a great thing for the world if everyone, Jew, Christian, Hindu, Buddhist, and atheist, sat down to celebrate Passover because a “chosen” people has given so much to the world and received so little thanks in return. You will note I did not include Muslims. Their track record is slim, their animosity to all other faiths is well known, and their current behavior worldwide is drenched in blood.

I leave you with a bit of “Jewish Zen.”

I was just 14 when Israel was created. No idea why the event caught my interest.

Maybe it was the newsreels of our GIs liberating some of the Nazi camps, releasing the walking skeletons to freedom. Maybe it was the few comments of my father's, from his unit's liberation of the work camp at Dortmund. At any rate, I've tended to follow the news from that part of the world, ever since.

Me being pretty much wired up for the underdog--sorta natural, I guess, being from Texas--one of my favorite moments in history is of the live broadcast from the UN after the 1967 Arab idiocy. Abba Eban drew himself up to his full five-feet-not-much and declaimed, "There are three million Jews. There are 200 million Arabs. Is the distinguished delegate from Egypt trying to say we surrounded them?"

I went through Dachau in 2000. Yeah, "Never again." Indeed I pray, "Masada shall not fall again."

Sounds righteous to me...

Desertrat:
A LOT of people feel as you do.

The Israelis have discovered they do not have a friend in Obama (Do Americans?)but the will, as Bibi told AIPAC, defend themselves.

All this jibberish about a peace demanded of the Israelis ignores the fact that the Arabs have always refused it.

I'm surprised that the Israelis haven't fallen on their butts, they've leaned over backwards so far in their efforts to be accomodating to demands upon them.

I'm reminded of the negotiating tactics of Molotov, et al: "What's ours is ours. What's yours is negotiable."

It was not even until Clinton's second term that the PLO very grudgingly removed the Article calling for genocide from their Charter. Genocide is still in their minds, however.

Excellent post Mr. Caruba. You know my views on Israel, and I can not stand the disrespect this administration has for Israel and her people! It's disgusting.
For Christians who have a hard time understanding how American Jews keep voting for democrats who seem to, on a large part, disrespect Israel and continue working for the downfall of the land God Gave Them, a great book to read is, America's Real War, by Rabbi Daniel Lapin. I read it a few years ago, and while things still seem like they haven't changed much for American Jews, it does give some understanding, and hope for change (a good kind of change that is!) May God Bless you and your family this Passover! Shalom!

Thank you, Carolyn. As for understanding Jews, the joke is that you get two of them together and end up with three opinions.

I suspect all faiths have aspects that mystify their co-religionists.