BP, PR, and the Oil Spill 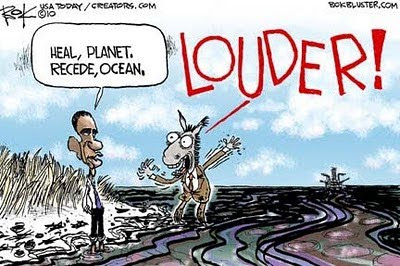 I have plied the magic arts of public relations since I left journalism in the late 1960s. There was no difficulty making the transition. PR is a form of journalism insofar as it packages information, but it adds the element of advocacy. The objective is the maintenance and protection of a good reputation and good will.

By contrast, the media’s natural instinct is to go for the kill. Bad news sells and there is always plenty of bad news.

I built my PR practice telling clients that they must tell the truth. The worst kind of PR person is the one who is so eager to “spin” the story they forget that telling lies always, always, always comes back to bite them and their client.

I tell you this as someone who has watched the BP oil spill story unfold with the same fascination that a reticulated python has for a prey that is about to become dinner.

The irony is that BP, taking a page from the 1989 Exxon Valdez spill, avoided its mistakes. BP went out of its way to be as open to questions and to provide as much information as it thought it reasonably could. I have no doubt that BP lawyers immediately advised its management to keep its mouth shut, say as little as possible.

Lawyers always advise clients to say nothing. PR people always advise them to get out in front of the public as quickly as possible with a statement, followed by an endless series of advisories.

No one has said a word about the fact that no oil company has ever had to cap a deepwater well at such depths. Just consider how many ways BP has tried thus far.

I have a friend who, after graduation from West Point and service, spent fifty years in the oil industry. He began as a petroleum reservoir engineer and later as an oil and gas attorney.

In a discussion of the event with him, he said, “No one yet has noted that BP drilled into a monstrous oil and gas reservoir; a reservoir which could replace much of our imported foreign oil. Such a well dwarfs the best Saudi wells.”

That’s a major part of the story and that is why the oil spill is so large.

There appears to be enough oil out there under the Gulf of Mexico to free the United States from having to import 60% of the oil it uses, but only if the federal government lets oil companies drill for it. This applies to all our oil reserves, on-shore and off.

When it comes to bad PR, there is seldom anything worse than the photos of oil-drenched birds struggling for life. Here, though, is the other side of the story that is rarely reported by the mainstream press, so hats off to the St. Petersburg Times PoliFact.com.

“The latest independent reports estimate the number of birds killed by wind turbines at 100,000 per year. That’s according to a 2007 report from the National Research Council called ‘Environmental Impacts of Wind Energy Projects.’” And that may be a low estimate.

Those wonderful “clean energy” wind turbines that the Greens and the Obama administration are touting routinely kill more birds than the BP oil spill ever could or will. One of the dependable “green jobs” around wind turbines involves picking up the carcasses of dead birds.

PR experts are already weighing in on what BP has done right or wrong. I found one fascinating tidbit of news that BP has hired “a former U.S. Department of Energy official as head of U.S. media relations, as it fights to defend its reputation in the face of political attacks and public rage over its oil spill in the Gulf of Mexico.” Anne Kolton is the former head of public affairs at the DOE.

This takes on significance in light of the way President Obama is actually criticizing BP for its advertising campaign to explain what it is doing and to apologize to the public for the spill. That is precisely what BP should be doing!

Meanwhile, the president has been vacillating between trying to look like he’s been doing something “since day one” while at the same time putting all the blame on BP. That is grade-school petulance and incompetence.

Fraser P. Seitel, a communications consultant, author and teacher, writes for Jack O’Dwyer’s PR Newsletter, one of the most respected trade publications. Seitel wrote that, “BP has tried admirably to be candid and transparent in dealing with a terrible situation.”

Seitel cited two critical PR errors. He gave BP low marks for offering predictions early in the spill as to how much would be involved. In a crisis like this one, you never make predictions. The other error was the failure to tamp down expectations as to when the well could be capped. Other experts have discussed the hits taken to BP stock and, ultimately its reputation.

Say “Exxon” and the only thing the public thinks of is “Valdez.” There is much more to this corporation, but don’t expect to find it in the nation’s press. And, yes, Exxon’s handling of the spill in 1989 is now a textbook case of what not to do.

The BP oil spill will cause immeasurable harm to those immediately affected by it, the beaches, the tourism, and the fishing industry of the states where the oil is washing up. There is no way, nor reason, to minimize that. Keep in mind, however, the well will be capped. The cleanup will continue. The wildlife will return. The spill will become history.

The still untold story, however, is that there is an unimaginably huge amount of oil in the U.S. territorial waters of the Gulf and this is true also for the vast continental shelf of Alaska and the lower 48. That’s the good news.

As you note, the untold story is that BP has hit the "Mother Lode" of oil in the Gulf of Mexico - and while the current result has been...well..a little messy - the well will be capped and the clean up will be completed and everything forgotten in a few years.

So why all crying and pulling of hair?

In my mind's eye I see many an old Western movie where drillers in Texas after spending their last dollar looking for oil are rewarded by a gusher that turns everything in sight black while the hero and heroine kiss.

There be Black Gold, Texas "T" and energy independence for America under the Gulf of Mexico - thank the Lord!

You add Cap'n'Trade to the moratorium on drilling and we wind up with less investment capital and more not-minimum-wage people out of work, as well as higher prices for crude oil.

No one action is the destructive part. It's a cumulative process of many detrimental actions.

[Note to Alan: I accidentally posted this in the wrong column. I am re-posting it here, not to annoy you, but to correct my mistake.]

Here's an interesting perspective:
(Warning: this link contains lots and lots of vulgar language. It uses the f-word more times than I can count. Sorry, I didn't produce this.)

I agree. This is the plan. Obama is not a rocket scientist, but he's not Forrest Gump either - His alleged "gang that can't shoot straight" can in reality shoot very straight at the target called the United States of America.

And the Obama Regime will continue to fire round after round at the Republic until the day comes we Patriots return fire.

Thanks for this great cartoon. That's as good as they get.

I believe that the Oil Spill is going to create mass destruction to the environment and I believe it is just the beginning. Seafood will eventually perish, crops will feel the affect of the polluted earth and famine is heading our way. Maybe not today but sooner than many thought
There are more people and organisations and institutions and governments to blame then only BP.
But one thing IS CLEAR : Oil-BAMA should have and could have done more then he did !

@Zebra:
I agree that we're looking at an environmental disaster, the outcome of which may not be known for a long time.

That said, I think it was an industrial accident brought on by shoddy practices by BP. It was just the latest in several such accidents that had killed some of their people. This one, however, put them at odds with the tremendous power of the Earth itself. It's like trying to cap a volcano.