Greens Begin to Parody Themselves 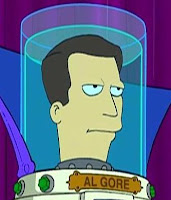 This is an actual news release:

"I thought you might be interested in a “green” feature in the July issue of O, The Oprah Magazine on newsstands June 15th.

Four inspiring environmental leaders are joining forces to preach the gospel of green.

Please let me know if you’d like to see the full piece."

It has been widely noted that environmentalism, i.e. being green, has long since become an alternative religion. Any number of clerics of different faiths have climbed on the green bandwagon.
Posted by Alan Caruba at 8:30 AM

I don't know which to fear more, Mr. Caruba: the vindictiveness of our murderous enemies or the silliness of many American citizens.