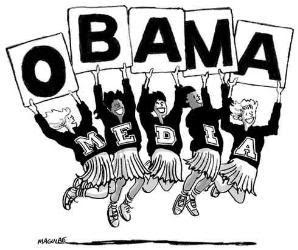 Some of the happiest years of my youth, after college and the U.S. Army, were spent as a journalist. My first job was as a reporter for a weekly newspaper and, after the editor left to join a daily six months later I became the editor. That was my first insight into the quality of journalism in the late 1960s. Suffice to say I had no training in journalism beyond what I learned on the job.

What journalism didn’t do is provide a living wage even in those halcyon years and to borrow a phrase from Mae West, a 1930s sexpot, “Like Snow White, I drifted.” In my case it was a natural transition into public relations. What that taught me was that newspapers and other news media could not exist without PR practitioners.

We developed the stories and we fed them to editors and reporters. Very little of what one reads in the news media represents anything generated by individual journalists with the exception of sports, crime reports, and obituaries. What we did then and do now is not unlike the legion of “public information officers" for government agencies and those hired to keep politicians in the news and hopefully out of jail.

Though it may seem counterintuitive, the first thing one learns in PR is to tell the truth because anything else will inevitably come back to bite the client. There are, of course, exceptions. PR undertaken for environmental, consumer, and other advocacy groups skew the information they provide. The Greens and consumer groups thrive on creating scare campaigns.

For the vast bulk of PR, whatever “spin” is involved is devoted to providing facts to reporters who lack the time or expertise to develop them on their own. For example, the details of how any particular industry functions are known to the ubiquitous trade associations, but rarely to a reporter. Unless they grew up or worked in a farm state, anything involving agriculture is a total mystery to them. Most news involving chemistry is likewise terra incognita to most reporters. News about health issues is frequently devoted to some disease guaranteed to kill you. Or not.

When on September 20th the Gallup polling organization announced that distrust, if not outright disdain, of the news media “hit a new high this year, with 60% saying they have little or no trust in the mass media to report the news fully, accurately, and fairly” it became news.

This is, however, not a new phenomenon. In 2005, the Nieman Foundation for Journalism at Harvard released a study that indicated a rising mistrust of the press. The confidence that existed in the 1970s and 1980s turned into a deep slide in the 1990s. As that decade began, 74% expressed a great deal or some confidence in the press. A decade later that number had fallen to 58% while confidence in other institutions had remained stable.

The press, however, has long been in denial and I chalk that up to human nature. Those who still have jobs after a decade of newspapers folding, cost-cutting, and the growth of the Internet as a source of information not controlled by the media, are aware of the loss of confidence but tend to regard it as a “shoot the messenger” response to what they are reporting

Another factor that is rarely addressed is the way a generation or two of journalism school graduates were exhorted to be “change agents”, literally manipulating the news to advance various social and political goals. In a very real sense they engage in PR more than PR professionals!

The media that fell in love with Obama in 2008 and attacked the McCain-Palin ticket are still heavily invested in “the messiah.” Their problem is 23 million unemployed Americans with an official unemployment rate of over 8% for 43 straight months that is closer to 15% in reality, dismal economic growth, inflation, and other factors that individual voters feel directly. Many who voted for Obama in 2008 will stay home in 2012. Others will vote for Romney simply to be rid of him.

Events like the post-9/11 anniversary that sparked a huge anti-American Muslim explosion from Morocco to Indonesia anger Americans in deep, often unexpressed ways. We have been a superpower since the end of World War II and now that status has been jeopardized by nearly four years of Obama’s performance internationally and domestically. He hasn’t solved problems, he has exacerbated them.

In political terms, there is still a long time until November 6, Election Day, but the killing of an American ambassador in Libya, the siege of the Cairo embassy, and other events will play a large role in the collective consciousness of voters. The fact that the administration tried to pass it off as due to an amateur film that no one saw until finally admitting they were terrorist attacks will linger in voter’s memories. People do not like being lied to and the mainstream press was carrying water for the administration.

Nothing that the press has thrown at Mitt Romney has stuck. He may not be a rock star, but he is seen as a very decent man. The press doesn’t get it. They thrive on celebrity news, not on a serious analysis of Obamacare or economic issues. Their liberal bias is eating their credibility like termites.

It is likely to get worse for them in the run-up to the election and afterward. If Obama gets elected—an unlikely outcome—they will get the blame. If he is defeated, attacks on a President Romney will anger readers and viewers eager and anxious for some real change.

Two of my favorite words, and two of the most ignored words in the language of the American media.


The internet has changed everything. As a result it is impossible for them to be subtle in their bias, so they are going insane. It is interesting to watch these people unravel…..like Beckel on The Five.

The upside is that Obama, the Democommie Party and the Lamestream Media are going down to the deep six together like the passengers and crew of the Titanic.

The downside is that this country is facing a nation destroying specter of civil insurrection, world war and the Great Depression II.

However, God has a soft spot in his big old heart for fools, drunks and the United States.

Absolutely true,from the 1970,s to 1994 the worlds wicked press many from America told horrendous lies about south africa,today these mutts are mostly silent on the genocide of whites that supported the "west" in two world wars plus the Korean war,the local despicable press here continues its hatred against whites ...now that Americans appear to have woken up to their wicked rulers and their controlled press,lets hope Americans can put them to the sword so to speak,in England it appears to be almost over for white folks there,they like us need an act of GOD.

Mad donna is so washed up...she looks hideous and commenting we have hussein a BLACK MUSLIM in the WHiTE house, how COOL IS THAT SHIt< AND HE'S HELPING GAYS OUT SO VOTE FOR HIM G*DMITT...

MAD donna is so washed up and when will she ever fix those wrinkled eyes and get teethers fix, reported allen wallenton of washed up Mad Donna ugly witch has finally lost her mind, for real, he reported..


sand driskel said she was totally disgusted with her now.