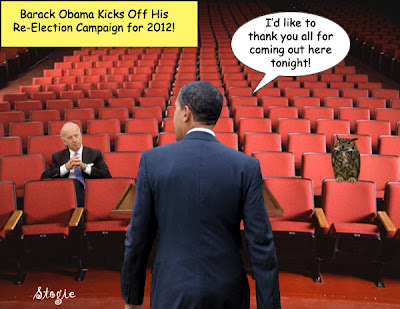 I keep hearing about “likeability” and how it influences presidential campaigns. Well, obviously, a candidate or an incumbent needs to be liked, but in the end it is his policies, his vision for the nation that matters.

President Obama has high likeability ratings, but just being likeable is not going to save him from defeat—possibly a defeat on the scale of Jimmy Carter who, though liked, was deemed a failure when it came to the economy and his tendency to blame the American people for his problems. He had come into office on a wave of disgust with the first and only President to resign, Richard M. Nixon, and his likeable replacement, Gerald Ford, paid the price of pardoning him. He needed to be pardoned. America does not send its presidents to jail.

Few would suggest that Nixon was “liked.” Formerly the Vice President under Ike Eisenhower, he too had come into office following the public distaste for Lyndon Johnson's conduct of the Vietnam War, promising that he had a plan to end it. That “plan” would take the nation into his second term before it was fulfilled. People noticed, but what they really noticed was a colossal failure of judgment called Watergate. Known throughout much of his political career as “Tricky Dickie”, Nixon had as many detractors as supporters.

Indeed, the first likeable President I recall was Dwight Eisenhower, a hero of World War Two who ran on the Republican ticket with the slogan “I like Ike.” He served two terms that don’t get enough credit for any number of accomplishments

After Ike’s second term he would turn the White House over to one of the most likeable candidates of the modern era, John F. Kennedy. Young, handsome, with a beautiful wife, Jackie, JFK gained immortality via assassination, but it should also be remembered the U.S. suffered humiliation with the Bay of Pigs debacle and got its respect back when he confronted the Soviet Union during the Cuban Missile Crisis that forced Krushchev to back off.

Lyndon Baines Johnson was likeable enough to win a full term for himself against an anti-war candidate, George McGovern, and disliked enough to conclude he should not run for re-election. Nixon replaced him.

Without doubt, Ronald Reagan was likeable. A former movie star and Governor of California, it was the force of his ideas, solidly conservative, anti-communist, and indefatigably optimist about America’s exceptionalism, Reagan joined the pantheon of Presidents to become an icon for his success in office. His Vice President, George H. W. Bush would succeed him. Bush41 was likeable, too, and despite a successful and mercifully short war to force Saddam Hussein out of Kuwait, he fell out of favor due to the economy. Ironically, Bush41 had been raised to not toot his own horn.

Bill Clinton was very likeable, to the point where his moral failures have been forgiven, but so is the fact that his initial performance in office was such that the Republicans returned to power in Congress after forty years in the wilderness. Their programs and his good sense to track to the center and adopt them served him well. He is so liked that Barack Obama has had to call him out of retirement to nominate him for a second term in the Democratic Party convention.

People forget how liked George W. Bush was, especially after 9/11. It is notable that the nation has not suffered a comparable attack since 2001. After wars in Afghanistan and Iraq, however, Americans grew understandably weary of taking casualties without any discernable results.

Then there is Barack Hussein Obama. He was anti-war and he is still in Afghanistan, having increased the number of troops we still have there. Americans are said to give him high points for likeability, but his performance in office has been dismal and even frightening. He increased the nation’s debt more in just under four years than the amount of every President that preceded him. Unemployment increased to the high levels not seen since the Great Depression. While he “inherited” the financial crisis that began in 2008, we tend to forget that he campaigned hard to become President.

Obama’s “hope and change” has soured, his judgment evokes scorn, and his behavior in office during a time of crisis eats away at his “likeability” despite the polls. No one wants to tell a pollster they don’t like him for fear of being deemed “a racist.” The election of the first black President was the nation’s triumph over a past marked by a Civil War to end slavery, but his behavior in office has included too many games of golf in hard times, too many ostentatious and expensive vacations for himself and his wife, and too much partisanship that left the government in gridlock.

Mitt Romney got it right when he said, “You know there’s something wrong with the kind of job he’s done as President when the best feeling you had was the day you voted for him.”

Because of the incessant repetition about Romney’s likeability or alleged lack of it, one can be forgiven for forgetting that this is the man who enough people liked over the course of the many primary elections to select him as the Republican candidate for President.

Despite the support of an obscenely obeisant mainstream media, Obama’s likeability has been draining away under the weight of the present reality of high unemployment, high prices, a failed stimulus, a lagging housing sector, the forced imposition of Obamacare, and a barrage of negative campaign advertisements that offend the good sense of voters.

As Marco Rubio said, “Our problem with President Obama isn’t that he is a bad person. Our problem is that he’s a bad President.”