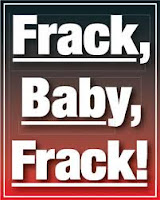 Among the many things that people who identify themselves as environmentalists have in common is a fear of anything that can provide the energy to drive your car, heat or cool your home or apartment, power communications technologies, and the endless other uses that we all take for granted. Say oil, coal or natural gas to these people and they begin a litany of nonsense about how they are destroying the environment or pose a heath hazard.

Whatever you do, don’t mention the name of any chemical because it can bring on trembling or an instant demand that it be banned from use. When I tell people that I ingest selenium, magnesium, potassium, and zinc, as well as retinoids, thiamine, riboflavin, niacin, ascorbic acid, egocalciferol and tocopherols, I fully expect the average environmentalist to drop to the floor in a faint.

These are the same people who give no thought to the hundreds of thousands of birds that are hacked to death by wind turbines or the acres of panels on solar farms that destroy the natural habitat of various species. They don’t even favor protecting our forest areas against catastrophic fires by the managed removal of dead or diseased trees and clearing out undergrowth.

What environmentalists have in common is a sense of superiority over all the people who they see as insisting on driving anywhere, flying anywhere, using plastic bags, or polluting the air at tailgate parties. They fear that carbon dioxide is going to destroy the Earth when all life on Earth depends on this gas (0.038% of the atmosphere) for all vegetation growth and on oxygen that keeps all living creatures alive.

Stoking all the fears environmentalists have are the environmental organizations that make millions off of these fools and the Environmental Protection Agency that exists to ban every beneficial chemical that actually protects people against pest-borne diseases and every form of energy that powers the technological advances the former generations could only read about in the earliest science fiction novels. Dick Tracy had a two-way radio-wristwatch. Today, everyone has a cell phone. When I was born television didn’t even exist, let alone computers.

The latest environmental battleground is fracking. The EPA is busy trying to convince everyone that this long-established technology “indicates likely impact to ground water”, but fracking takes place well below groundwater levels and is separated from them by layers of rock and sediment. 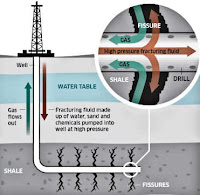 Fracking is slang for hydraulic fracturing. It refers to the procedure of creating fractures in rocks and rock formations by injecting fluid into cracks to force them further open. The larger fissures allow more oil and gas to flow out of the formation and into the well from where it can be extracted

As a Wall Street Journal editorial noted in December 2011, “More than one-third of all natural gas drilling now uses fracking, and that percentage is rising.” Even the EPA says of one study, “detections in drinking water well are generally below (i.e., in compliance with) established health and safety standards.”

“Most fracking today,” the editorial noted, “occurs 10,000 feet deep or more, far below drinking water wells, which are normally less than 500 feet.”

More to the point, “Natural gas carries a smaller carbon footprint than coal or oil, and greens once endorsed it as an alternative to coal and nuclear power. But as the shale gas revolution has advanced, greens are worried that plentiful natural gas will price wind and solar even further out of the market.”

So, naturally, the EPA is conjuring up more stringent regulations to slow this advance, along with ever deeper drilling for oil that has the potential of making American energy independent within a decade or two.

The Greens are now holding rallies and assailing legislators in individual communities and in various States to get fracking banned. In New York State, the favorite public relations agency for environmental scares, Fenton Communications, got a bunch of celebrities, Yoko Ono, Sean Lennon, Lady Gaga, and actor Mark Ruffalo to support Artists Against Fracking to issue warnings that any sensible person would ignore. In North Carolina, the legislature overrode a veto by Gov. Bev Perdue (D) making gas production through fracking legal.

Fracking and accessing other sources of energy will generate, not just lower cost energy for consumers, but produce hundreds of thousands of jobs the nation needs to get out of this horrible lagging economy.

Town by town, state by state, the Greens will wage this new war on energy with the same enthusiasm and stupidity they embraced the greatest hoax of the modern era, global warming. Shun them. Defeat them. They want to keep you shivering in the dark.

We have a lot of those signs up in yards along the highway coming from the village here in Central New York. Fools don't know or understand how oil and natural gas and lots of other things are done.

There is fracking just North of where I live. My dad has a well on some of his property. I am all for it! Our economy is not in the toilet here either!