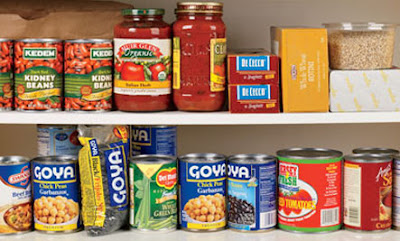 On Tuesday, September 18, FoxNews.com posted an article by Alex Crees, a health news reporter, “Chemical BPA linked to obesity in children, teens.” If Ms. Crees had done any research to verify the facts she recounted in “a new study”, she would have known it was yet another bogus effort to correlate eating food with BPA.

Bisphenol-A, more commonly called BPA, is a chemical that has been in wide, safe use for over 50 years. It is used to coat the insides of aluminum cans and plastic bottles and protects them against food pathogens such as botulism and has the added value of protecting plastic bottles against breakage.

As I noted in my six-part series, The BPA File, In 2011 “the German Society of Toxicology released a review of more than five thousand previous studies of BPA exposure that concluded that BPA ‘exposure represents no noteworthy risk to the health of the human population, including newborns and babies.’” Researchers concluded that BPA is neither mutagenic nor likely to be a carcinogen.’”

Let me repeat that, “more than five thousand previous studies.” At what point can one expect a Fox News journalist to actually check her facts?

A graduate of New York University, Ms. Crees studied journalism, psychology, and Spanish. There is no indication she studied chemistry. If “journalism” is defined as mindlessly repeating some news release that says BPA “may increase the risk of obesity in children and teens”, permit me to suggest that eating lots of snacks, ice cream and candy “may” also increase that probability!

Anyone who wants to learn the truth about BPA is advised to visit Junkscience.com, the website of Steve Milloy who has gained a solid reputation for debunking so-called “science based” fear campaigns. His data on BPA reveals that there is no scientific evidence that BPA:

My series on BPA confirms Milloy’s findings, but Ms. Crees has written an article intended to add to the multitude of similar distortions while questioning the facts offered by authoritative sources.

The effect of this avalanche of articles has triggered a number of governments to ban some uses of BPA despite more than a half century of its use without any evidence of alleged harm, but governments are famous for acting on the bogus “precautionary principle” that essentially says that anything that might cause harm should be banned.

Going back centuries, it has been known that it is the amount of any given chemical that represents harm. Let’s understand a fundamental determination of what is toxic or not. As Paracelsus (1492-1541) said long ago, “All substances are poisons; there is none which is not a poison. The right dose differentiates a poison.”

Ms. Crees’ article noted that “the study’s lead investigator Dr. Leonardo Trasanda, associate professor of pediatrics and environmental medicine at the New York University School of Medicine, told FoxNews.com, ‘This study raises concerns about the need to reconsider that stance (the presence of BPA).”

Excuse me, but what the heck is “environmental medicine” other than an excuse to scare people with studies about every chemical known to man and God? As for Dr. Trasanda’s study, it set out to correlate extremely low amounts of BPA in the urine of children and adolescents ages 6 to 19 years old.

In the event no one has pointed it out to Dr. Trasanda and Ms. Crees, urine is excreted by the body, but Dr. Trasanda said, “We are especially concerned that children who ate too many calories might also ingest BPA.”

The operative word here is “might” and the likelihood that eating “too many calories” might play a far larger role in obesity than any other factor!

To her credit, at the very end of the article, Ms. Crees quoted Steven Hentges of the Polycarbonate/BPA Global Group of the American Chemistry Council, who she identifies as a representative of “chemical manufacturers”, as saying that “Attempts to link our national obesity problem to minute exposures to chemicals found in common, everyday products are a distraction from the real efforts underway to address this important health issue.”

“Due to inherent fundamental limitations in this study, it is incapable of establishing any meaningful connection between BPA and obesity.”

Ms. Crees is guilty of both junk science and junk journalism. The Steven Hentges quote should have been the lead paragraph, not the last.

This whole BPA thing is nothing more than another outrageous scare by the green movement; with no basis in fact. As we keep hearing their claims about how all of these wonderful chemicals are supposed to be doing all sorts of harm to humanity we need to understand that everything we are told should bear some resemblance to what we see going on in reality.

The reality is that misery, squalor, disease and early death was the rule before modern chemistry.

The reality is that because of modern chemistry we are living longer healthier lives than ever in history.

The reality is that everything the greenies promote has caused dystopia everywhere their policies have held sway.

Whether it is their work against chlorine in our water, pesticides to protect our food, homes and health; especially DDT, genetically modified foods, energy production, the use of oil, coal and now natural gas; they have been consistently wrong. They claim their concern “is for the children”, but in reality most of what they promote is “to the children” and not “for the children”, since children end up suffering the most from their schemes.

So why would any sane person believe anything they promote? They almost have a monopoly on being wrong. And their irrational misanthropy is only equaled by the murderous socialist and communist monsters of the 20th century.

The people who believe in such demonization of established harmless and quite beneficial chemical substances, it seems clear to me, simply don't want to waste their precious time taking responsibility for their own health, but prefer their health to be guaranteed by federal regulations. H. G. Wells wrote about such hapless specimens in "The Time Machine" (look up the "Eloi", to see what happens when the nanny state no longer exists for their continued well-being).

Rich, they get away with their lies because they have controlled the school curriculums for decades and the media aids and abets them.

That article reminds that I'm going to have greasy fried chicken, french fries and washed down with a cold beer for lunch :-)