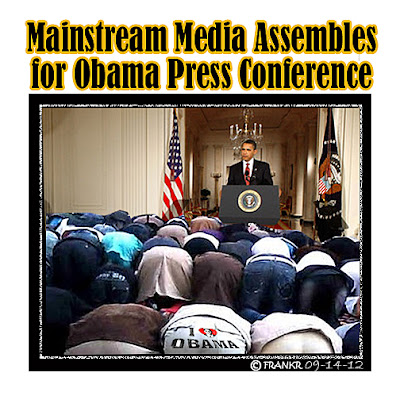 The media is colluding to find fault with everything Mitt Romney says even if there is nothing wrong with his words. I don't see an advantage for them regardless who wins the election so I have come up with this:

I think that the media is kind of like a social organization with an understanding that it is "in" to be a liberal and that to be a conservative is to be a hick or a farmer (no offense from me to farmers). To be considered a member of the in crowd you had better be a liberal. Since most people want to be accepted by their peers it stands that most journalists are liberals and there is a conceit among them. Just look at the repugnant smugness on the face of MSNBC's Lawrence O'Donnell.