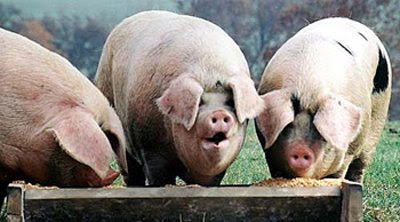 As I close in on age 75 I can still tell you the names of most of my teachers from elementary school on up through senior high. Miss Kenniston was my first grade teacher. I was madly in love with Miss Ward in fourth grade. It was the 1940s and 50s. Women had been the predominant gender of the teaching profession since the early 1900s.

Historically, the teacher’s union movement began in Chicago in 1897 and Chicago was the site of the nation’s first teachers strike in 1902. The latest reports indicate that the strike this past week has been settled and all that really means is that Chicago’s school children will once again receive a poor, but very expensive education.

The Heartland Institute, a 28-year-old, national, non-profit research organization is headquartered in Chicago and I have served in an advisory capacity. One of its areas of interest is education.

Robert C. Holland, a Senior Fellow, points out that “Thanks to Chicago’s independently managed charter schools remaining open…50,000 of Chicago’s 400,000 public school children will not be shortchanged. That reality could strongly reinforce in parent’s minds the desirability of school choice for all children.”

Heartland’s S.T. Karnick, Director of Research, noted that “The average teacher salary in Chicago is $74,839, plus benefits far better than those available in the private sector. Yet Chicago Public Schools are among the nation’s worst, which is saying a lot.” According their own data, Chicago’s public schools “failed to make adequate yearly progress in student achievement last year. Children in the city’s private and charter schools do much better at a fraction of the cost.”

Are you thinking what I am thinking? Given the cost of public schools and the fact that the teachers union have negotiated some of the best salaries and perks, all while providing decades of poor performance, why would any city want to continue with this system?

To put it another way, as Heartland’s John Nothdurft, Director of Government Relations, noted, “Chicago Public Schools have offered teachers a four-year package worth $400 million despite the fact that the city is already expected to face a $369 million deficit in 2013.” If you or I conducted our financial affairs in this manner, we would soon be living in a cardboard box on a sidewalk somewhere.

Maureen Martin, Heartland’s Senior Fellow for legal affairs, weighed in with a politically incorrect appraisal of today’s generation of women teachers. “In the 1960s, most high-achieving female college graduates became teachers, largely because they had few other career choices. By 2000, almost none of them became teachers, largely because they had many other career choices.”

So, since Chicago teachers are well paid, the strike is clearly not about money. For the union, says Martin, “Teacher evaluations and potential dismissal of incompetent teachers are front and center in the negotiations, according to Chicago Mayor Rahm Emanuel.”

A Washington Post article, “Five Myths about Teachers Unions” noted that a 2009 report by the New Teacher Project “found that 94 percent of teachers in Chicago received ‘superior’ or ‘excellent’ ratings, and just four in 1,000 were rated ‘unsatisfactory’. Clearly , the evaluation system is broken.”

Karen Lewis, the head of the Chicago Teachers Union, when speaking at a teachers’ conference last year was caught on video. She told them “I am the only black woman in the class of 1974 from Dartmouth College. Woo, people are impressed. Let me tell you, I spent those years smoking lots of weed, self-medicating, thank you.” When the audience laughed, she added, “Sounds like you all did too.”

Chicago will yield to the union. Syndicated columnist, Michelle Malkin, explained why:

I have been hearing and reading about how bad our nation’s schools are since Bill Bennett, the U.S. Secretary of Education from 1985 to 1988, named the Chicago school system the worst in the nation twenty-five years ago!

The reason there has been no improvement in reading scores and other indices, along with a disgraceful drop-out rate of 56% who never make it to graduation, is the teachers’ union. Yes, there are cultural and economic factors, but in a decent school system, even poor children can learn. It should come as no surprise that the highest achievers academically nationwide are those who are home-schooled!

What Illinois and every other State in the nation needs is a right-to-work law. The only way to restore fiscal sanity to their budgets and see real reforms occur is to end the grip of the teachers and other public service unions.

Editor's Note: For those who would like to read my four-part series, The Subversion of Education in America, it will provide further insight and information.

LOL That picture is the perfect choice for this article. The middle hog looks EXACTLY like Karen Lewis, although serves a better purpose. Bravo Alan