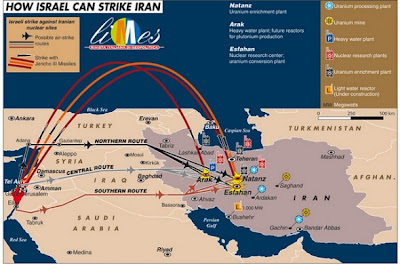 The Iranian threats to destroy Israel are not an “existential threat” as they are often described. As Iran draws closer to acquiring nuclear weapons, it is a very real threat and the Israelis have spent many years planning for an inevitable and unavoidable attack on Iran’s nuclear facilities and its military machine. It will not be a war of occupation though surely Iranians would welcome the end to its tyrannical regime.

Open sources of information about Israel’s capabilities reveal some surprising and encouraging facts, not the least of which has been the support Israel has received and is likely to receive from many nations when the attack on Iran occurs.

Already known—and revealed by the White House—has been the development of the Stuxnet digital electronic capabilities that slowed Iran’s uranium enrichment program, but its capabilities for electronic warfare by jamming, blinding, and rendering an enemy’s ability to anticipate or operate are not widely known.

In its 2007 destruction of a suspected nuclear site at al-Kibar, the Syrian military were taken by surprise when Israeli planes “spoofed” its air defense radars, at first making it appear there were no jets in the sky and then making the radar believe the sky was filled with hundreds of airplanes.

Over the years, Israel has become a major developer of computer and other technologies. Much of the communications technology that is found in our products was developed there. Israeli companies endow Cisco with new core router designs and real-time programmable network processors for its next-generation systems. Apple has benefited from miniaturized solid state memory systems for its iPhones, iPods, and iPads. Microsoft, Motorola, and other companies have likewise benefited.

As just one example, Israel has developed a weapon capable of mimicking a maintenance cell phone signal that can effectively stop transmissions and it has jammers capable of creating interference with Iran’s emergency frequencies for first responders. 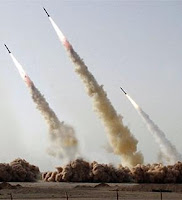 Israel has developed an Arrow missile defense system specifically designed for Iran’s Shahab-3 threat. The United States has deployed a high-powered, long-range X-band radar facility in Israel to boost Arrow’s sensor capability and to supply data to the Pentagon’s own missile defense network. In addition, the U.S. Navy has its Aegis system, originally designed to protect naval task forces from missile attacks and, of course, an armada of ships, U.S. and others, are positioned in the Persian Gulf.

It is worth noting that Israel has its own long-range, 1,500 km nuclear capable Jericho IIB missiles, heavy-payload F151s and F16s.

Israel has conducted a number of exercises in concert with other nations, many designed to ensure its long-range aerial capabilities. For example, Russia delivered its S-300 ground-to-air radar systems in 2008, capable of simultaneously tracking hundreds of semi-stealth cruise and long-range missiles and aircraft. But Greece has the same Russian S-300 system, purchased in 1998 and based in Crete. In June 2008, Israel staged a widely-reported exercise over Crete in concert with the Greek Air Force. More than a hundred F-16 and F-15 fighter jets, including mid-air refueling planes participated and Israel was able to secure invaluable information about jamming and circumventing the S-300 system

That and other exercises established that Israel has the capacity to negotiate a 1,400 km distance, the same distance as Iran’s Natanz enrichment facility. It is worth recalling that in 1976 Israel carried out an operation to rescue its hijacked citizens from Uganda, more than 2,000 miles away. In 1981, Israel flew a precision strike that disabled Saddam Hussein’s Osirek nuclear reactor. In 1985 the Israeli Air Force attacked Yasser Arafat’s Palestinian Liberation Organizations headquarters in Tunis, more than 4,800 km away.

At a time when the Middle East and northern African nations are in turmoil, attacking U.S. embassies, an attack by Israel with the support of the U.S. would send a message that none of these nations is safe from reprisal. It could slow or deter Islamist ambitions to drive the U.S. out of these strategic areas of concern.

In sum, Israel has been planning and preparing for the attack on Iran that is critical to its survival and likely missions against Hezbollah in Lebanon and/or Syria, as well as Hamas in Gaza should they join the fight.

In the 1930s, the Nazi regime gave repeated cause to fear its ambitions. That generated appeasement efforts and it did nothing to deter them. The Empire of Japan had already attacked China. War put an end to both these threats to civilization, to humanity. War again is required to end Iran’s comparable threats and to damp down the turmoil sweeping through Muslim nations.

Should President Obama fear to engage Iran in support of Israel he would increase the odds of a World War III and put his campaign for reelection in jeopardy. His pusillanimous excuses for inaction have not gone unnoticed by American voters. The attack on Iran will come shortly.

I have been re-reading "A Man Called Intrepid". I read it 35 years ago and as I read it became startling clear to me that this book was foundational to much of my reading habits for the last 35 years.

Among other things, he outlines the very thing you talk about....appeasement and the consequences of attempting to appease those who will not be appeased because they have a vision they are going to pursue no matter what you do.

Everyone needs to read this book at least once in their life. Oh…by the way…for those who don’t believe in conspiracies….please read at least one history book…. I recommend this one.

Both interesting and scary. The question I ask is would it end with just a limited war between Israel and Iran? Iran appears to have few allies, but would the pressure from the populace of the Muslim countries of Middle East, North Africa and South Asia be too much for those governments to bear?

One of my first blog articles in 2005 was one that highly advised an air campaign against the Iranian nuclear facilities.

On the patriot blogsphere in those days, I was part of a chorus asking Bush to pretty please bomb, bomb, BOMB Iran.

Alas! We were voices crying in the wilderness!

In 1936 Hitler moved the German army into the Rhineland. This action was forbidden by treaty, and the Allied non-response to naked aggression by Nazi Germany is thought by most historians to be leading cause of WW II.

It would appear history is repeating itself, as once again the United States has done nothing effective to stop a global conflict.

Indeed, the dogs of world war are lose on the planet again!

@Nick. One cannot know what an attack on Iran would trigger, but it is my observation that most Arab (Iran is Persian) are cowardly when it comes to war and have been swiftly defeated when they engaged in it. Iran has few real friends and few willing to die for it.