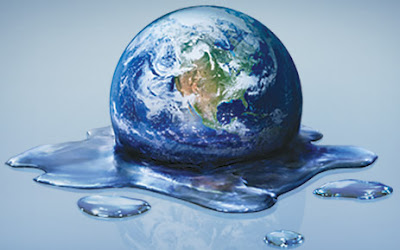 Former President Jimmy Carter will address the Democratic Party convention via a televised address, but former Vice President Al Gore and candidate for President will be no where in sight.

The leading advocate for global warning will be conspicuous in his absence, but that doesn’t mean that the greatest hoax of modern times will not be mentioned. It has been a consistent theme of the Obama administration, particularly to justify the Environmental Protection Agency’s efforts to attack the energy and business sectors of the nation’s economy.

As this is being written, the morning of the start of the Democratic Party convention, one wonders if the tired, thoroughly debunked claims that carbon dioxide (CO2) is causing a warming that does not exist and that humans are also causing it will be mentioned.

On the night that Obama had won his primary victory over Hillary Clinton’s bid to be the party’s presidential candidate, among his promises and claims, he said, “This was the moment when the rise of the oceans began to slow and our planet began to heal.” You cannot get more absurd than that. It would translate into the administration’s push for cap-and-trade legislation (regarding CO2 emissions) that was rejected by a Democrat-controlled Senate.

Obama’s claim did not go unnoticed by Mitt Romney who, during his acceptance speech, said, “President Obama promised to slow the rise of the oceans and to heal the planet. My promise is to help you and your family.” The global warming hustlers were apoplectic in their denunciations of Romney, but his promise received a standing ovation.

The administration has become famous for the billions wasted on so-called green jobs, green energy, and controlling greenhouse gases. It is essential to understand that CO2 has never caused any of the warming cycles the Earth has been through over 4.5 billion years. It shows up after climate cycle change occurs. Moreover, the oceans that cover 71% of the Earth surface both stores and releases CO2.

Prior to Earth Day in 2011, a Gallup poll revealed just how Americans felt about various environmental issues. Asked about a variety of concerns, the respondents rated global warming dead last with 48% saying they were either not much or not at all concerned about it.

﻿The decades of apocalyptic claims and warnings have given way to reality. There have been no massive famines, no complete melting of the north or south poles, no increase in natural phenomenon such as hurricanes, no mass extinctions of various species. By 1998, the planet began a new cooling cycle, one that panicked the perpetrators of the global warming myth.

In 2009, the leak of emails between the researchers whose deliberately false “data” was the basis for global warming claims revealed that the cabal behind the United Nations’ Intergovernmental Panel on Climate Change reports were plotting to suppress the truth. The leak would become known as “Climategate.”

Just prior to the Democratic Party convention, President Obama issued yet another Executive Order, this one calling for “investment”, i.e., more spending, on cogeneration plants in order to reduce carbon dioxide emissions by deploying “cleaner and more efficient energy production in the country by working around political resistance to climate change and ‘green’ energy legislation on Capitol Hill.”

In reality, you cannot “save” energy. You can only use less of it and the Obama administration has done everything in its power to ensure that there will be less by deterring the construction of the Keystone XL pipeline from Canada—estimated to generate 20,000 new jobs—and by waging a war on coal. Coal mines and coal-fired plants are being closed. Oil continues to be discovered in the U.S. but not on federally controlled lands, nor can it be explored and extracted offshore where billions of barrels exist.

In effect, the Obama administration has been the most anti-energy administration in recent times while, at the same time, wasting billions on solar energy companies that have gone bankrupt and on wind power which, combined, represent less than 3% of the electricity generated nationwide and which would not exist were they were not, like ethanol, completely dependent on government mandates and subsidies.

It will be interesting to see how many of the convention speakers make any reference to global warming, carbon dioxide, or the real sources of energy, coal, oil, natural gas, and nuclear power..

Throwing a bone to the environmentalists, it is likely that President Obama will make a passing reference to global warming and energy, but it is not likely that the “planet will begin to heal” as it grows colder in a completely natural cooling cycle that threatens to tip over into a new ice age.

There are real problems to be addressed, high unemployment, a lagging “recovery”, a fiscal crisis that will occur on January 1st unless Congress acts to extend tax cuts and puts off a massive sequestration of funding to defense and other sectors. In the end, it is likely we will be told that the last four years were all George W. Bush’s fault.

Save the whales, save the planet, save Obamacare, screw the American public...

Pretty much covers the Dem platform doesn't it??

Carbon Dioxide has almost reached the point of starving the plants. At that point, they will no longer produce oxygen, thus meaning the death of all breathing species.

@Cmblake6: It is my understanding that CO2 has actually increased in the Earth's atmosphere and that is a good thing.

Alan, good article. The only thing I would have added is the fact that there is no relationship bewreen local weather and AGW. With the hot summer in the mid west we're getting a number of "it's global warming" articles.

Alan, I would have only added the fact that there is essentially no relationship. between the weather Nd AGW.