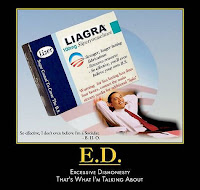 Permit me to indulge in a bit of wishful thinking. Not quite a prediction, but a possible scenario that would remove President Obama from office before he does further damage to the nation. History provides a template.

Americans survived the Great Depression despite the fact that the successive Roosevelt administrations did exactly what the present-day Obama administration is doing; prolonging it by raising taxes, increasing the deficit, and spending wildly on social programs.

The difference in the 1930s was that the only news Americans could get was their daily newspaper—as liberal then as they are today. News magazines were still a relatively new concept. The radio was a primary source and the Movietone News in the form of newsreels if you went to the movies. There was, of course, no television.

As a result, Roosevelt with his “fireside chats”, all carefully scripted in the same way Obama will not speak publicly without his TelePrompter, was able to convince people that expanding government and the fact that the economy just never really recovered, was just a passing phase.

In the meantime, the FDR administration sponsored all manner of make-work projects in addition to some useful infrastructure ones. The problem then as now is that all those projects had to be paid for with taxes. That meant Americans had less money to spend on their own needs, to start new businesses or expand existing ones. Insanely, industries were required by law to collude to set prices and one could actually go to jail for offering a product or service for less!

Roosevelt was not a fan of Wall Street or corporate executives whom he frequently called economic “malefactors.” In his personal life, all of his business schemes lost money and, although he had acquired a law degree, he wasn’t good at that profession. Politics was his métier and he was very good at that. Not until World War II came along was the American economy able to dig itself out of the same deep hole in which we find ourselves today.

As this is being written, joblessness has hit a 25 year high. The Dow is plunging and neither Obama nor Treasury Secretary Tim Geithner can open their mouths without making it go lower. There’s one sure sign of distress and distrust; few people want to join the top ranks of his administration.

Thanks to the Watergate scandal, in August 1974 Sen. Barry Goldwater and a delegation of Washington politicos paid a visit to then-President Richard M. Nixon and in effect handed him a letter of resignation to sign. Nixon was gone in days. He avoided impeachment.

Jerry Ford took over and was then replaced by the very toothy Jimmy Carter. It took Carter a bit longer to lose the confidence of the American people, but it was thorough and complete by the time he was defeated by Ronald Reagan. Carter was an idiot, but he wasn’t deliberately trying to destroy the economy.

Bill Clinton managed to avoid being impeached and still skates by with all that Bubba charm, but it might well be that senators didn’t want to have to deal with a “President Gore” if Clinton was removed from office.

Now let’s look at the future. No other President in the history of the nation has lost the confidence of the people as swiftly as Obama. Forget the polls. Ask your friends, family and co-workers. That’s the best poll.

There will always be true believers for whom reality never intrudes, but it has not escaped anyone’s attention that even the worshipful media is beginning to ask why things are going so badly. so fast, and beginning to blame Obama.

The answer for the swift decline is that Obama is a pathological narcissist and dedicated socialist who has surrounded himself for the most part with former Clinton operatives. Obama is, plainly speaking, a liar. Increasingly, the adoration heaped upon him by his supporters is beginning to resemble the same as that in the 1930s which led the Germans down the path to war, ruin, and the abomination of the Holocaust.

The key factor, however, is that these are not the 1930s. These are times in which everyone is connected to each other, the blogosphere, and a broad range of news media. The national mood coalesces in weeks, not months or years as in the past.

Obama is running out of time. Politically, the 2010 midterm elections are just around the corner and Democrats in the House and those in the Senate up for reelection know that Obama will put them all in the ranks of the unemployed. The anger directed at Congress is palpable. The White House will see increasing desertions as congressmen and women refuse to goosestep off the cliff for him

So here’s my wishful thinking. At some point early in 2010 a delegation of Congress critters will to show up in the Oval Office and hand the resident lunatic a resignation letter to sign. Some plausible excuse would be made to cover his exit. No doubt it would be hastened if Obama was confronted with evidence of misdeeds from the Chicago political cesspool in which he thrived.

If they don’t force his departure, the 2010 elections will likely repeat the 1994 turnover of Congress as voters of all descriptions elect any Republican candidate on the ticket.

In three months Obama has accomplished what some thought was impossible. He has made us nostalgic for George W. Bush.
Posted by Alan Caruba at 12:52 PM

White man speak very ture thank you so much now put your name in the hat.

As much as Obama has tried to buy votes with our tax money disquised as "stimulus", the truth is nobody likes a liar. That the very meager jobs provided will now be available to illegals and that we have been forced to fully finance Obama's beloved Acorn even causes hardcore welfare wannabes to wince. His incompetence and indifference to our economy is where Obama shows his cards. No amount of spinning or scrambling can restore respect for this apparent phony.