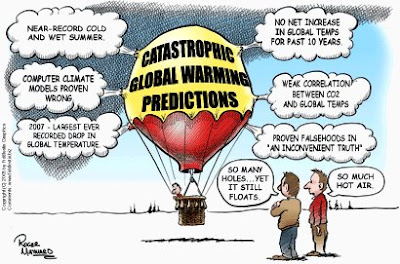 Warning! Avoid the April edition of U.S. News & World Report because it is devoted to the question, “Can America Prosper in the New Green Economy?”

What is wrong with this? For one thing, we are not in a “new Green economy” and, if the folks at U.S. News had taken time to notice, we are closing in on having no economy thanks to the stupidity of several Congresses and the deliberate effort to repeat all the errors of the successive Franklin D. Roosevelt administrations that prolonged the Great Depression for ten long years.

There is no great plethora of new Green jobs unless, perhaps, you are referring to the minimum wage jobs that involve picking up dead birds slaughtered by the wind turbines in the States that were foolish enough to think they might actually generate electricity on a scale that one good nuclear or coal-fired plant could. They can’t. They never will. They exist only because of government subsidies and the increased energy bills for consumers.

What offends me most (aside from the fact that I actually subscribed to this pathetic, knee-jerk, liberal excuse for “news”) is the way this news magazine and all of the mainstream media repeatedly fail to get the message about all things Green. It’s a SCAM.

After decades of claims that have been repeatedly debunked, these alleged news magazines are still propagating the same old Green lies. Newsweek and Time have tried to outdo one another with the scariest covers about a global warming catastrophe that never happened and never will. So, why should we expect U.S. News to step up to the plate with anything other than the same tired Green message?

The editor, Brian Kelly, revealed the real bias of the issue. “What’s changed, in a word, is Obama. The president and the tide of voters who swept him into office want a change in the way we manage energy and the environment—and to put them at the top of the country’s agenda. It looks like that will happen.”

Earth to Brian! Humans do not manage the environment! We are not in charge of the Sun, the oceans, the clouds, the volcanoes, the blizzards, the tornadoes, et cetera.

Moreover, Obama did not get elected with a huge mandate or tide of voters. The vote was separated by five percentage points, a relatively small margin. The only mandate Obama has is the one in his fevered, socialist mind.

More to the point, how can a so-called news magazine devote itself to yet another sorry Green message in the midst of the worst financial crisis this nation has experienced since the Great Depression of the 1930s? Perhaps they were too busy congratulating themselves for printing “the entire magazine on what’s called ‘manufactured carbon-neutral paper.’”

Carbon-neutral paper? Considering that paper is created from trees and those trees formerly absorbed a lot of carbon dioxide, how did the paper magically transform itself into something “neutral”? And didn’t all the emissions involved in physically transporting the trees to the paper mill, processing the pulp, then transmitting the paper to the printing plant, and applying the ink, and then transporting the magazines to be mailed or sold at newsstands not involve CO2?

I am against stupid magazines offering stupid “solutions” to non-problems like global warming or what has conveniently been dubbed climate change as if the Earth’s climate hasn’t always been in a state of change for billions of years.
Posted by Alan Caruba at 1:11 PM

I have been wondering for years how the libs can call themselves "progressive," when they are against almost everything that is, well, progressive. They are actually "regressives."

We have to understand how the term originated. The Progressive movement was America's answer to European Socialism, which was atheistic, and that didn't play well here.
The binding force for the Progressives was religion and they were held together in the last part of the 19th century and first part of the 20th century by something called the Social Gospel. However, they were still socialists in practice and philosophy, so the progress they were talking about was the overthrow of the Constitution and "progress" toward to statism. Both Teddy Roosevelt and Woodrow Wilson believe that the Constitution was an impediment to that goal.

Let's hope the Constitution continues to be an impediment!

Even Obama acknowleged that the 90%punitive tax on AIG personnel receiving bonuses was unconstitutional. Let's watch to see if he vetoes the bill!

Environmental reporting and the media has a problem. A very large percentage (I have that figure, but I can’t find it right off) of them belong to the Society of Environmental Journalists (SEJ).

They have never seen a environmental scare they couldn’t embrace. Here is one writer’s comments about the SEJ.

“However, it need also be said that its members have been responsible for widespread, baseless fears over the years by serving as conduits for the major environmental organizations and their endless scare campaigns directed against fossil-fuel use for energy, the use of automobiles and other vehicles, the use of pesticides to protect people against insect and rodent infestations, the use of herbicides to protect food crops, the bogus Alar scare, the bogus "acid rain" claims, the unsubstantiated claims of "urban sprawl," and, of course, global warming, even though not one scintilla of climatological fact supports it.

For the record, the earth's average climate has not warmed since the 1940s. sej is not an organization any serious, self-respecting journalist would want to join. They have discredited science writing with their Green agenda. The sooner it disbands, the better.”

Alan said that in September 1999. It still fits today.

If you just watch all these Green rascals long enough, you're bound to discover a truth or two about them.

Any time you read that something was written by an "Environmental reporter", you know it's time to line the bottom of bird cage with it.

While advertising is leaving newspapers and news magazines increasingly unable to survive, a growing dissatisfaction with the journalistic quality of their content has got to be a factor as well.

Any time they stray into complex issues of any kind, they are just in over their head. Or simply writing the Green party line.

These "undoers" are indeed misnaming everything they can.
To be the "champion of the underdog", one must sound as if you are on the underdogs side, even when you secretly despise them!
These Alpha dogs are masters at this!
The Employee Free Choice Act(card check) would be one of their latest examples. You're for free choice, are you not? (Sarc)
They also seem to have an inverse Midas touch. Instead of gold, all the liberals touch begins an irreversible corrosion- like rust.
Many a Foundation or other one-time reputable institution has been spoiled by the taint they bring to it.
I remember reading Time,Newsweek, and Us News and World Report for good solid information that went beyond the sound bites of TV, now I just scan the covers to see how blatantly they present their outright bias or lies!
The two prong attack to destroy the fossil fuel industry, and tax energy in the name of the SCAM will wreck our economy, are they ever going to see this? I don't think they care.

I'm surprised you still subscribe to that rag. I'd package all your back issues up, and send them back, with a request for a refund ....

I subscribed to US News & World Report mostly for Mort Zuckerman's commentaries, but intended to let it run out this year. I have ended a subscription to my local daily for lack of any news in the handful of pages that pass for a newspaper these days.

I read "carbon neutral" papers. I call them "the internet". And the best subscriptions are free.
Or does carbon neutral mean the paper will end up sequestered in a landfill.
I encourage both.

Alan, greetings from New Zealand.
I came to you via Climate Debate Daily, and will be referencing you frequently.
I think the green tide is abating...and your wonderful cartoon (which I've shamelessly lifted) pretty much voices popular opinion.
Here in NZ, we have a so-called Climate Change Minister, who like his government is very adept at greenwash,ie, making soothing noises to appease the fearful, but obviously happy to sit on his hands and let the global warming crisis deflate like the hot air balloon.
Please keep me posted of breaking news and worthy news sources which my blog may not yet have listed.
And re the word "progressive", when I hear it used in a political sense I always ask "progressive towards what?" Like "social justice" and other leftie terms it is code, and needs to be questioned and reclaimed...

Welcome, Ayrdale, all the way from New Zealand!

Since clobbering Green idiots is one of my favorite pasttimes, you will want to visit often.