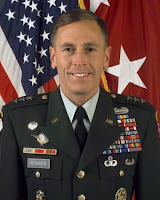 He hasn’t been “the decider” very long, but the general outline of Obama’s governing philosophy so far as military and international affairs has already emerged. He’s all for talking to Iran, the Taliban, the Cubans, and any other known enemy of the nation.

I had serious doubts about Bush’s conduct of the war in Iraq. I was wrong. He not only saw it through to success, but he has given America a strong ally in a part of the world that is coming apart in places like Pakistan.

That, however, is Obama’s game plan. Largely unnoticed by the public, however, is the unhappiness of our generals. Consider that the nation expended considerable treasure and the blood of our troops to produce a result few, including myself, predicted; an Iraq that just held its second, successful and peaceful election, and an Iraqi military that is increasingly taking over the duties of our troops.

In a report by Gareth Porter, a foreign policy analyst and author of several books on the warfare, he noted that CENTCOM commander, Gen. David Petraeus and Secretary of Defense, Robert Gates, along with Joint Chiefs Chairman, Adm. Mike Mullen, met with Obama on January 21st and were unsuccessful in convincing him to reconsider his campaign pledge to withdraw all U.S. troops in 16 months.

As we have clearly seen, Obama’s campaign promises exist to be broken and the signing of a huge “stimulus” bill filled with thousands of earmarks is just the latest example.

“Obama’s decision to override Petraeus’s recommendation has not ended the conflict between the president and senior military officers over troop withdrawal, however,” said Porter. The generals are continuing to pressure Obama to change his policy and Obama is going to discover that dismissing the advice of senior generals is usually a bad idea.

Americans, historically, have almost always resisted going to war, but once engaged, they do not want to lose. Abandoning Iraq at this early and crucial stage of a hard won peace is a very bad idea.

Among other nations, Iraq borders Iran and Syria, as well as Kuwait and Saudi Arabia for whom it serves as a buffer against Iranian expansionist ambitions. Nearby, Turkey is sliding toward an increasing Islamist future unless its generals secure its secular government against such a prospect.

Porter reports that “A network of senior military officers is also reported to be preparing to support Petraeus (and Gen. Ray Ordierno, the top commander in Iraq) by mobilizing public opinion against Obama’s decision.”

In sum, President Obama is facing a potential revolt among his senior military advisers. Iraq is an essential U.S. bulwark in the Middle East and leaving it at a time when Pakistan is coming apart in the face of an insurgent Taliban effort to grasp control of its government is a very bad idea.

Add to this Iran’s bellicosity, complete with demonstrations of its offensive missile capacity and potential nuclear capability and you have an extremely dangerous situation brewing.

Obama has sent any number of signals to our enemies in the Middle East that he favors their point of view. Closing down the detention facilities of hardcore terrorists in Guantanamo by next year catered to the limp leftists that support him, but it demonstrated a lack of judgment, particularly since he has no idea what to do with the detainees. Some of those released have long since returned to the battlefield.

Offering nearly a billion dollars to rebuild Gaza when Hamas remains a terrorist organization also calls into question his judgment. This is further exacerbated by the fact that such funding could do a lot more good here at home. It ignores the estimated 6,000 rockets fired into Israel since it unilaterally withdrew from Gaza in 2005.

Americans have a long tradition of electing generals to serve in the White House. Jackson, Grant, and Eisenhower come quickly to mind. If Petraeus whose successful “surge” put an end to al Qaeda ambitions in Iraq were to be forced out by the Obama administration, he could emerge as a candidate for President in 2012.

For now, however, the prospect of a quiet, but persistent revolt of the generals against Obama is very much in the cards.

Remember, military officers take an oath similar to federal civilians to “defend the Constitution against all enemies, foreign and domestic.”
Posted by Alan Caruba at 11:24 AM

Since no one in responsible positions seems interested in really exploring Obama's birth, I wonder what would happen if the Joint Chiefs of Staff demanded proof if they really had a Commander in Chief? What would be done and to whom?

If it were to turn out that he wasn't eligible....what happens to all those bills he signed and the Presidential directives he issued?

The USA has no record of military coups and my general impression is that the military has always taken its chain of command subserviance to civilian leadership seriously.

That said, this Commander-in-Chief is a very different ballgame. He is simply untrustworthy.

Straight-arrow military folk have a code of honor and it could conceivably lead to a demand to verify Obama's legitimate right to the presidency.

The American military is somewhat (not entirely) unique in the world. Having been in the military I can honestly say that the concept of a military coup is completely alien to U.S. military people, and that includes the career enlisted and officer corp.

All military personnel are required to swear an oath to uphold the Constitution. There is a reason for that. No one person can demand obedience from the military for action that is contrary to the Constitution, including the President, at least in theory.

The purpose was to make the Constitution the supreme law of the land that could not be usurped by any individual or group of individuals.

So, I think it is reasonable to ask; is the issue the sworn oath of all military personnel to uphold the Constitution, or is the Commander-in-Chief’s worthiness or lack thereof the issue?