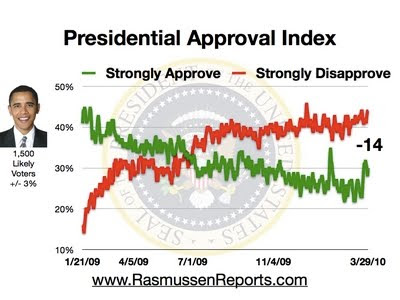 The noted political commentator, David Broder, once wrote that “Anybody who wants the presidency so much that he’ll spend two years organizing and campaigning for it is not to be trusted with the office.”

That may at first glance seem cynical, but there is also a lot of truth in it. The modern presidency, from the days of Franklin Delano Roosevelt to Barack Obama has had any number of men who wanted to be president more than anything else. In many cases, either swiftly or slowly, they lost the trust of the people.

The polls regarding Barack Obama are almost uniform in results that demonstrate he has lost the approval of at least half or more of Americans responding to them. He accomplished that with extraordinary swiftness.

A Bit of History

FDR wanted to be president (1933-1945) so badly that not even being crippled deterred his ambition. He was greatly aided in his quest by a compliant press and was almost never photographed in his wheelchair or being picked up like a sack of potatoes to be placed or removed from a car.

He maintained a totally false façade; driving a specially engineered auto or filmed swimming where he did not need the use of his legs. Required to wear heavy metal braces, he did not so much walk as shift his weight back and forth to give the semblance of walking. His marriage to Eleanor, despite five children, was a charade as well.

Roosevelt exuded confidence, but he was an extraordinarily devious man and even those closest to him concluded he was poorly suited to the task of getting the nation out of the Great Depression. Only the onset of World War II ended the Depression and gave him credit for the war's conduct. He was elected to an astonishing four terms, the last ending 82 days into it with his death in office.

Though few had any idea who Harry Truman (1945-1953) was, the nation grew to like and to trust him. He was in many ways the very opposite of FDR and he was a man respected for making tough decisions. He had an approachable, every-man quality to him and he confounded the political experts of his day by winning a term in office on his own merits. The voters trusted him.

Truman was succeeded in office by perhaps the most trusted man to hold the presidency in the modern era, Dwight D. Eisenhower (1953-1961), the former Supreme Allied Commander in Europe and credited with winning the war against Nazi Germany. “I like Ike” was his campaign motto. Eisenhower was literally drafted for the presidency, sought after by both parties!

After Eisenhower’s two terms came a shooting star, a young Senator and his wife that the cameras loved. Articulate and representing a generation that came out of World War II, John F. Kennedy sought the presidency for reasons dealing with his health that were kept hidden from the public. Blessed with a quick wit, television served him well. Kennedy was assassinated barely a thousand days into a dazzling and glamorous first term that was marred by the Cuban Bay of Pigs debacle and saved by the successful Cuban missile crisis face-off with the Soviet Union’s Nikita Krushchev.

Lyndon Johnson (1963-1969) had had to settle for the vice presidency under Kennedy although it was no secret he wanted to be president. He got his wish, but despite a significant election victory over Barry Goldwater, he lost the trust of the voters as the result of the unpopular Vietnam War. His “Great Society” redistribution of wealth in “a war on poverty” is an object lesson, now ignored, on how public funds can be wasted to no good end.

In one of the great ironies of American politics, Eisenhower’s vice president, Richard M. Nixon, (1969-1974), widely derided as “Tricky Dick”, won the presidency and, despite the on-going Vietnam War, won a resounding victory for a second term. Trust, though, was always a problem and it was totally lost in the revelations of the Watergate scandal. He became the first president to resign.

His vice president, Gerald Ford, (1974-1977) never evoked strong support and only completed Nixon’s unfinished term. Ford labored from his association with Nixon and was replaced by Jimmy Carter (1977-1981) whose extremely liberal policies, along with his failure to demand and get the release of American diplomats seized by the Iranian revolutionaries, left him with zero trust among voters.

Despite Irangate, Ronald Reagan (1981-1989) would be one of the most popular and most trusted presidents to serve in the office in the modern era. His vice president, George H.W. Bush managed only one term as president after his pledge of “No new taxes” was not kept. Despite a brief, successful campaign to restore Kuwait after an Iraq invasion, the public abandoned Bush

In what appears to be a pattern in modern American politics, Bush too was replaced by a much younger seeker of that office, Bill Clinton (1993-2001). Despite a lackluster first term in which control of the Congress passed to Republicans for the first time in forty years, he was reelected. He would become only the second president in U.S. history to be impeached, but not removed. His presidency would be forever disgraced by a sexual liaison with a White House intern and much speculation of other extra-marital affairs. Clinton was and remains a favorite among the mainstream media.

U.S. history has recorded only one other son, John Quincy Adams, who became president, but George W. Bush took office in 2001, serving during a tumultuous period following the 9/11 attack. His decision to invade Iraq, largely to depose Saddam Hussein, turned into a drawn out military action reminiscent of Vietnam and, as it dragged on into his second term (2001-2008), the voters again became infatuated with a young, articulate Senator, Barack Hussein Obama.

Beginning barely one year into his six-year term, Senator Obama began to campaign on a vague promise of “hope and change” without saying more than he intended to “transform” the nation. It is clear the transformation includes greater debt than in the entire history of the nation and a European-style socialism.

Elected in 2008 and taking office in 2009, it has taken just over a year in which to lose the trust so vital to a successful presidency.

This brief review of the presidency since the end of the last Great Depression brings us now to a present-day Depression if judged by the growing numbers of unemployed and to a president who has forced a health care “reform” of Medicare on Americans, more than half of whom manifestly opposed it.

The tripling of the national debt generated the spontaneous creation of Tea Party organizations to oppose him and a growing wave of derision for his arrogance, his dependence on TelePrompters, and his treatment of the nation’s traditional allies, England, France, and Israel.

The book of history is written one day at a time, but it is clear that Obama has already run out of time, having lost the vital component of trust for the remaining 1,000-plus days of his term. Ignoring the public will, he can still do a great deal more damage to the republic.

It's amazing to me how many people believe that JFK was our "greatest" President in the 20th century. Many people these days do not realize how great Eisenhower really was. A lot of the successes that have been attributed to JFK and LBJ in recent history texts should be credited to Eisenhower.

For instance, the Space Program, which has long been credited to the JFK administration due to Kennedy's famous speech to Congress in 1961, was begun in 1958 with the formation of NASA and the kickoff of the Mercury program.

JFK was a decent President, but I believe there is entirely too much (and unwarranted) hero worship going on for Kennedy.

Those of us who tried to point out the mentoring of Obama by such as Saul Alinsky were ignored. Even if Obama doesn't want to "destroy the system" ala Alinsky, his ideas are way outside the mainstream of US society. The Tea Party movement is but a natural backlash from mainstream middle-America.

An intellectually shallow president isn't too harmful, if there is some amount of rationality in the Cabinet and in the Congress. Unfortunately, we're facing a serious shortage thereof, therein.

Who, in their right mind, would want to be President?

Obama is a socialist of the fascist variety which is definition of the New Progressive.

Such a person would be dangerous to the well being of our constitutional republic even if well balanced mentally, but what makes Obama a clear and present danger to the nation is his pronounced psychopathic traits.

A psychopath is an individual, although some would say a subhuman, who is without a conscience and will do anything or say anything to accomplish his goal of maximum power over people.

Thus Obama is in the same league as dictators such as Napoleon, Hitler and Stalin - a foreigner who takes control of a major country that he has nothing but contempt for, and use it to advance his own evil agenda.

Indeed one is in the White House.

I tend to think you're on the right track with your comments, Ronbo. It's frightening how someone of this nature has been able to ascend to the White House.

On another note, and this may not be exactly relevant to this post, but I'm not sure where else to post it...can you, Alan, or anyone else tell me what to make of Jack Cafferty? Being that he works for CNN, he is obviously very liberal, but I started reading his blog in hopes of finding a ray of hope in his liberal bent, simply because I've seen him speak extremely critically of Nancy Pelosi (calling her a "horrible woman") and of the Democrats' "behind closed doors" handling of the most recent bill negotiations...and yet, his blog shows very little of him having any leaning other than left...is he worth listening to at all, for any reason?

I know little of Jack Cafferty as I never watch CNN. Maybe he's had a Come-to-Jesus moment in his life?

"Obama has already run out of time, having lost the vital component of trust for the remaining 1,000-plus days of his term. Ignoring the public will, he can still do a great deal more damage to the republic."

This is why we MUST NOT
forget between now
and November. The
storming of the gatess in D.C.
must be massive and overwhelming.
It is imperative that politicians
from both parties who have colluded
with Obama be voted out of office.
He must be politically castrated,
rendered null and void.