The Revolt of the States 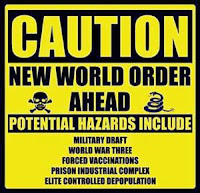 President Obama, his weird circle of advisors (czars), and the ideologues within the Democrat Party led by Speaker Nancy Pelosi and Majority Leader Harry Reid only have a few months left to completely destroy the separation of powers between the States and the federal government.

A major battle is looming over the Tenth Amendment which declares that “The powers not delegated to the United States by the Constitution, nor prohibited by it to the States, are reserved to the States respectively, or to the people.”

Almost everywhere one looks today, the States are in rebellion to the overreaching of the federal government. The process involved is called nullification, a legal theory that a U.S. State has the right to nullify, i.e., invalidate, any federal law deemed unconstitutional. Since the Supreme Court moves at a glacial pace, the States through their legislatures have taken the lead in many cases.

Nullification is not secession as in the case of the Civil War, but there is a history of nullification that includes the Kentucky and Virginia Resolutions against the Alien and Sedition Acts. Thomas Jefferson and James Madison both argued that the States are the ultimate interpreters of the Constitution, arguing that the States could “interpose” themselves to protect their citizens from unconstitutional national laws.

Much of the discord in the nation today has its roots in the vital difference between a conservative attachment to traditional values and a liberal ideology that would impose a One World Government on our sovereign nation.

The great philosopher of American conservatism, Russell Kirk, wrote “True conservatism is the antithesis of ideology. It is the negation of ideology. For conservative is grounded in the past. Its principles are derived from the Constitution, experience, history, tradition, custom, and the wisdom of those who have gone before us—‘the best that has been thought and said.’ It does not purport to know the future. It is about preserving the true, the good, the beautiful. Conservatism views all ideologies with skepticism, and the more zealous and fanatic with hostility.”

A case in point is the way that State after State has lined up to oppose through the courts and by individual legal action the imposition of the president’s healthcare legislation, passed on strict party lines by the Democrat Party and only after the most vile revelations of bribery and backroom deals. It is a bill whose content Speaker Pelosi said Americans should supinely consider only after it was passed.

There has been a rapidly growing awareness and rejection of the assertion that the federal government can “own” General Motors or that the government should be in the business of buying and selling mortgages.

Pending financial reform legislation would permit the federal take over any company to install its own board of directors and thus control the economy. The failure to exercise existing regulation of the financial sector hardly calls for more regulation. It calls for stronger enforcement of existing laws.

The increasing awareness and rejection of the false “theory of global warming” is being rejected on the basis of the widely perceived cooling of the earth during this decade and the wild projections of warming 25, 50, a hundred or more years into the unknown future. More and more Americans now know it is based on feeble and deliberately false “computer models”.

That is why the Cap-and-Trade bill, a huge tax on energy use, awaiting action in the Senate, even if imposed in the same fashion as the healthcare bill, will be rejected by the States. There is no need to regulate carbon dioxide, a natural gas that has nothing to do with “warming”, but a rogue government agency, the Environmental Protection Agency, is set to assert this falsehood through massive regulation that will destroy the nation’s economic base.

With increasing pace, the States are demanding that the Second Amendment protecting the right to own and bear arms be respected and asserting their right to pass laws permitting gun ownership, including the right to carry concealed arms for self defense. States that have enacted such laws have seen a dramatic decrease in crime.

The assertion of unconstitutional federal powers lies at the heart of the State’s rejection of these efforts. Unfunded federal mandates are bankrupting the States and they want an end to them. The rapacious taking of State lands is crippling theirs and the nation’s ability to access our natural resources.

A growing spectrum of federal laws intruding upon the sovereignty of individual States is being challenged and this is a good thing. We should all take heart from these challenges as well as the spontaneous occurrence of the Tea Party movement that is a dramatic demonstration that the spirit of individual liberty and of States rights is alive and well in America.

A new generation of Americans is learning that the Constitution was designed to ensure a small and limited federal government and that the States, like the Union, are individual republics.

The battle has been joined.

Take thou what course thou wilt!"

What the ultra-left doesn't understand is that their actions will have unintended consequences. In fact, what they intend to have happen will likely have little to do with what will actually happen.

Also, since they "control" government they think they have the power to make things go their way. We shall see who holds the real power: the government or We the People.

Life is going to get very interesting.

The only problem I see with the states' approach is they can cut states off of federal funds. I remember when Ohio had a beer drinking age voted on by the public of 19. It was popular, but as soon as the feds said raise the age for beer to 21 or else we will cut off federal highway funds, the state jumped and came around to the feds thinking.
'

In response to A. Rational Human, I would like to suggest that most people and groups appear to be insufficiently aware that actions will have unintended consequences.

All governments and organizations have much less "power" and "control" than they think they have. Short term appearances of either are illusory. What they do have is the ability to influence.

Paul:
The government has far more than the "power to influence." The laws and regulations they pass directly impact our lives, how much we earn and keep, and much moe.

The Founders had a deep distrust of granting too much power to the central government and thus created impediments to force delay and discussion of legislation and the means to kill bad laws.

Unfortunately, many of these impediments are being sidestepped or torn down completely by the current administration. When you come right down to it, the ultra-left is holding all of the cards right now, and we are helpless to fight back until November.

I think the old curse of "May you live in interesting times" is starting to set in... :P