What Do the Jews Think? 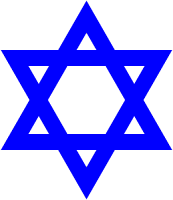 The never-ending interest in what America’s Jews think about Barack Obama or Israel or anything else has always struck me as vastly disproportionate to their numbers.

American Jews are barely 2.2% of the U.S. population; numbering 6.4 million in 2008.
America, however, is home to 40% of the world’s population of Jews, about the same as Israel.

I suspect it has more to do with America’s Christian roots dating back to the beginning of the nation when the Mayflower Compact conceived of the pilgrim’s journey as one to build a new Jerusalem, a shining city on a hill.

The Internet ensures that tons of information flows into my office and among that tide are epistles from Israpundit.com. The latest was “An Open Letter to American Jews” and among its historic citations of Israel’s struggle to establish and maintain itself in the face of unremitting hostility was a very real concern about President Obama’s policies vis-à-vis Israel.

Jews are the world’s canaries in the coal mine. When bad things happen to Jews it portends bad things for the rest of the global population. Among the things most remembered from World War Two is the Holocaust that killed, not only six million Jews, but five million others in the Nazi concentration camps.

So taking note of what Israpundit, Ted Belman, is thinking these days reflects not just Israeli fears, but those of the U.S. Jews as well.

Belman cited an article in the Boston Globe about a February Gallup poll. Reporter Jeff Jacoby wrote that “support for Israel vs. the Palestinians has climbed to a stratospheric 85 percent among Republicans; the comparable figure for Democrats is an anemic 48 percent.”

This is significant if only because American Jews have mostly identified with the Democrat Party and supported its candidates. The real support for Israel, however, comes from Republicans.

There appears to be no support in the Obama White House.

The recent deliberately shabby treatment of Israel’s Prime Minister by President Obama was intended to be seen by the world and especially by Israel’s enemies as a change from all other previous administrations since the days of Truman, the first to recognize Israel as a sovereign nation in 1948.

Fully 333 members of the U.S. House of Representatives signed a bipartisan letter to the Secretary of State critical of the administration’s treatment of Israel. Jacoby noted that 91 Democrats—-more than a third of the entire Democrat caucus declined to sign. “Yet this is the party you are affiliated with,” said Belmen.

What do American Jews think of Israel’s situation? The 2010 annual survey of American Jewish opinion by the American Jewish Committee found that the vast majority, 94%, want the Palestinians to recognize Israel as a Jewish state in any agreement and 61% support an undivided Jerusalem as Israel’s capital. Fully 75% believe that the goal of the Arabs is the destruction of Israel.

One can only hope that goal is not also shared by President Barack Hussein Obama.

Strong words, but these times call for strong words. On Tax Day, April 15, similar thoughts were spoken at Tea Party rallies across the nation.

Even former New York Mayor Ed Koch, writing in the Huffington Post on April 12, said, “I weep as I witness outrageous verbal attacks on Israel. What makes these verbal assaults and distortions all the more painful is that they are being orchestrated by President Obama.”

What do the Jews think? They think that Obama has gone beyond a mere difference in policy with Israel. They think a man who sat in the Chicago church of an anti-America, anti-Semitic preacher of hate is letting Israel’s enemies know that he will do nothing to assist Israel if it finds itself under attack again.

What matters now is what all Americans think because his actions have consequences. Most surely, whatever President Obama says these days on any issue cannot be trusted.

I've no idea why a goyim kid of 14 would be fascinated by the startup of Israel in 1948, but I was. Maybe it was from the American love of the underdog, or reading all those western stories of little guys winning out over big guys. Been watching the goings-on ever since.

"Never again" at Dachau. "Masada shall not fall again" as a national motto. Sounds righteous to me.

And Obama has shown he is in accord with the preachers of genocide. Despicable creature.

Surely his very public denial of Israel encourages those dirty, evil men who plot violent and murderous deeds against Israel and the West.

So, instead of peace, there is now a war brewing in the ME. Can the Obama administration not see that to refuse to give Israel military and munition support will result in Israel being backed into a corner and leave it no option but to use its tactical nuclear weapons.

I've often wondered why the majority of American Jews support and vote for the Democommie Party and President Obama.

Are they blind? Why cannot these intelligent, highly educated, successful and wealthy people understand that anti-Semitism is owned by the Left?

It boggles the mind!

It would be as if a majority of German Jews supported Hitler and the Nazis in 1933!

I can only theorize that those American Jews who support, vote for and serve the degenerate and totalitarian Left are JINOS - Jews In Name Only.

I say they are not the Children of Israel.

I say they should be thrown into the gutter like the trash they are by the righteous Jews.

No, Ronbo, Jews will not throw Jews "in the gutter" or anywhere else. Jews are famous for disagreeing among themselves, but in the end, they must identify their enemies or be destroyed by them.

Desertrat: FYI, goyim is the plural form of goy. So, you are a goy, your family are goyim. BTW, this term is often used as a pejorative. I prefer to think of you, and, thank God, most of my fellow Americans, as righteous gentiles.

Alan: great article and thanks for trying to straighten out Ronbo. I'm not willing to throw most of my brethren to the wolves. I'm working my tail off to get them to see the truth.

Thanks, glrex. I've been down on the Mexican border so long that I've lost a lot of what I learned some 50+ years ago around My-Yammi Bitch. :-)

Four of us students at FSU created a den of iniquity just off-campus. Two of my roommates were Jewish. Politics didn't come up, as government was incredibly less intrusive back then. I've since had less opportunity to ask why a notable portion of any group would vote against their own best interests--which seems to me to hold for any minority group.

Dr. Goebbels must be chortling.

I was never a fan of Obama but you gotta hand it to him on this one, I agree FULLY with his cool attitude towards israel.

@Dan. And I fully DISAGREE with you and your support of Obama in any respect. You are going to find out that you are a member of a minority on Election Day in 2012.