A Whiff of Revolution 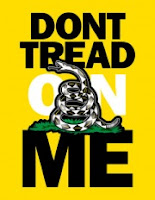 After a long series of taxes and arrogant acts that could not fail to anger the citizens of Boston, Massachusetts and nearby colonists affected by them, the American colonists finally picked up their guns and fired on the British coming to seize their store of munitions in Concord and Lexington.

The American Revolution did not occur in a week, a month or a year. It came after a Navigation Act, a Stamp Act, and others called the Intolerable Acts that actually closed Boston Harbor in retaliation for the famous Boston Tea Party.

By then the British had dispatched troops to Massachusetts to put some muscle behind their demands that the colonies help pay for the deep debt the King and Parliament had incurred from England’s many wars on the continent.

America was their nation in spirit long before it was organized as one. Americans were not going to be pushed around. They had tried everything they could to make their case, but finally there was nothing left but to unite and throw off the tyranny.

In 1770, the Boston massacre had inflamed public sentiment, but it would not be until 1774 that the citizens of Lexington and Concord would take up arms. In 1776, the second Continental Congress would convene in Philadelphia and sign a Declaration of Independence.

Jefferson wrote, “But when a long train of abuses and usurpations, pursuing invariably the same object, evinces a design to reduce them under absolute despotism, it is their right, it is their duty, to throw off such government, and to provide new guards for their future security.”

It has taken a brief year and a half for President Obama and his Democrat-controlled Congress to enflame the anger of a broad spectrum of Americans, Democrats, Republicans, and independents, who have been rallying in Washington, D.C., and in towns and cities across the nation against a healthcare “reform” they overwhelmingly opposed, but which became law.

Since then, twenty States have joined together to nullify it, challenging it in the courts while some passed laws to protect their citizens against it. This is very much in the spirit of the Tenth Amendment that posits powers in the States and in the People that are not specific to the federal government. America is a republic composed of separate and distinct republics.

The initial seizure of General Motors raised questions of its constitutionality that have never been answered. Rather than standard bankruptcy proceedings, stockholders and creditors were shoved aside to grant control to the very unions that had brought the iconic auto company to its knees.

This has since been followed by open threats to Wall Street that include proposals that would allow the government to seize firms, toss out their board of directors and officers, and, in effect, nationalize them. This is not unlike the dictatorship of Hugo Chavez in Venezuela.

It is the antithesis of a nation of laws, a republic; a democracy where power is situated in the people and the constitution limits the powers of the executive and the legislative branches that are, in turn, subject to the judicial process.

If, between now and the midterm elections, the President and Congress pass the Cap-and-Trade Act and an amnesty for illegal aliens, I suspect that some Americans may not be content to sit by while States and the courts work their way within the Constitution. They will sense—and rightfully so—a despotism never before associated with the presidency.

There is a whiff of revolution in the air and that is why the White House and Far Left are leveling the bogus charge that the Tea Partiers are all violent neo-Nazi types. It is not beyond this White House to deliberately provoke violence. There have already been isolated incidents of Tea Partiers being attacked by union goons.

Since the White House operates on the basis of one questionable “crisis” to another to impose unwanted laws, nothing can be ruled out by these community organizers.

One thing is clear. We have a very unpopular president.

We have had others in the past. Lyndon B. Johnson chose not to run again after his first and only full term. Jimmy Carter was a one-term president. Richard Nixon was forced to resign. Even George W. Bush, after two terms, had worn out his welcome.

It has not been uncommon to characterize unpopular presidents as despots, but Obama is different.

He offends our nation’s allies and is seen as weak by our enemies.

He’s declared war on our vital energy sector and now on Wall Street.

He imposed a healthcare reform that will drive up costs and cause millions to lose the insurance coverage their employers provide.

Add to this the growing legion of unemployed.

There’s a lot of anger in America today.

I am smelling a lot more than a whiff. Some folks are ready to charge the parapets NOW!

I am not one of those people, not quite yet anyway. I am biding my time and stretching my patience until after the November elections.

After November, that smell will be the left crapping themselves over the GIANT that they have awakened I believe!

Expect synthetic violence as an excuse to suppress the population. Expect the so called press to support the action. Expect the major corporations to keep quiet and cooperate with it. Expect lies, deceit, distortion, and threats of mass arrest. Expect total abandonment of legal process even while they pretend to follow it. Expect just about anything but a voluntary return to limited government as specified in the constitution.

We have one patient and long lasting force in our favor: reality. They are at war with reality and they WILL lose. They believe the contents of their minds define what reality is. Reality, on the other hand, will ultimately define the state of their existence or lack thereof.
Our challenge is to avoid becoming collateral damage in their war.

When We the People have nothing much left to lose, as in 1776, events will change history. It won't be pretty and it won't be easy but it will happen. If it doesn't we will have earned our slavery and agonizing deaths.

Agree with Fred all the way here.
I am too, waiting until after
November. We must all do our part
to vote these commie liberals
out to change our course radcally
back to right. NO, we will not
forget about what they have done.

They are forgetting us. We're still here.A little older and a lot wiser.

Welcome to the growing ranks of American revolutionists! I think the "Die Was Cast" for revolution/civil war (I leave the title to future historians) on March 23rd when Obama signed socialized medicine into law and seized control of one-sixth of the economy. This was clearly an "Intolerable Act" of tyranny that we Freedom Fighters will not allow to stand.

Therefore, I say to all Patriots: enjoy the quiet before the storm, but use the time wisely to make plans and friends, stock food, buy ammunition and weapons, and get yourself in physical shape for what promises to be a long and violent struggle for liberty.

No, Ronbo, I am not a revolutionary. I believe the answer to our problems is the Constitution and the will of the States and the People to ensure it is obeyed.

We rid ourselves of Carter, saw Nixon resign, suffered through Clinton's feckless years, and had eight good ones with Bush despite his bad education policies and increasingly unpopular wars.

Obama is a real threat and his unpopularity grows daily. He will be the kiss of death to any Democrat for whom he campaigns.

Change is coming. Just not the kind Obama wants.

You can say that again!

I posted this article on my blog with a link back you. My meter indicates this has been your most popular article that I've posted on my blog.

I also posted it on Free Republic where it received better than average hits for a blogger article.

Thanks, Ronbo. I am often astonished by how widely my commentaries are read.