The DNA of the CIA 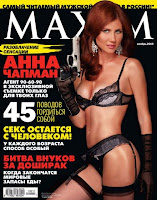 In June 2010, the arrest of ten members of a Russian spy ring barely caused a ripple of public consternation. One of them, a beautiful redhead, Anna Chapman, aroused some interest, but in the end they were all sent back to the Russian Federation, perhaps in an exchange agreement or just to rid the U.S. of a diplomatic headache.

Spying has always played an essential role in the history of war and statecraft. George Washington set up an intelligence gathering operation that contributed greatly to winning the Revolution.

Recently, during a “60 Minutes” interview, Henry A. (Hank) Crumpton, a former high ranking officer of the Central Intelligence Agency (CIA) made news saying, “If you look at the threat that is imposed upon our nation every day, some of the major nation states—China in particular—(have) very sophisticated intelligence operations, very aggressive operations against the U.S.”

“I would hazard to guess there are more foreign intelligence officers inside the U.S., working against U.S. interests now than even at the height of the Cold War,” said Crumpton.

Except for media coverage of his assessment, there was little public response. There was far more coverage when President Obama wanted to bring to trial the CIA operatives who interrogated al Qaeda terrorists. The irony of his early antipathy to the agency is the fact that the CIA’s meticulous and relentless efforts gave him the opportunity to order the assassination of Osama bin Laden.

The forthcoming across the board “sequestrations” of government spending, from the Department of Defense, to the FBI, and no doubt the CIA and NSA, pose a greater threat than anything our enemies could devise.

It is the failure of Congress to address the budget, the debt and deficit, but it is also the failure to understand that the role of intelligence literally protects the lives of Americans at home and abroad every day. 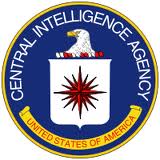 The exploits of the Office of Strategic Services, created in 1942 to collect intelligence and carry out missions against our World War Two enemies, are now the stuff of legend. At war’s end, however, it was apparent that the Soviet Union posed a threat to Europe and the U.S., and President Truman signed the National Security Act of 1947 establishing the CIA.

The highest levels of the U.S. government had long before been penetrated by the Russians. The Venona transcripts of communications between Russian agents and their handlers, now unclassified, revealed this. Some of Roosevelt’s top advisors were sympathetic to Soviet Union. This carried over into the Truman administration, particularly in its State Department.

Toward the end of the war when Truman confided to Stalin that the U.S. had a powerful new weapon, the atomic bomb, Stalin already knew of it thanks to spies like the Rosenbergs and others. The U.S. Communist Party answered to Moscow and when Sen. Joseph McCarthy sought to shine a light on the nation’s vulnerabilities, his name became synonymous with slanders of the far right and its efforts to expose America’s enemies.

The need for vastly expanded intelligence gathering services and the capacity to covertly act on the information they gather worries some people, but the CIA does not function inside the U.S. The National Security Agency, however, is charged with SIGNENT, the gathering of all forms of communications inside and out to identify and deter enemies. Together, they are a formidable defense. By contrast, the Federal Bureau of Investigation is primarily about law enforcement, though it does liaison with the CIA.

The “wall” that existed between the various agencies before 9/11 has now been removed and in December 2004 President G.W. Bush signed the Intelligence Reform and Terrorism Prevention Act, restructuring the relationships for better coordination. It has its critics, as does the Patriot Act.

Crumpton, who served for some forty years with the CIA and retired as its National Resources Director, earlier gained recognition for the key role he and other CIA operatives played in killing and driving out al Qaeda and the Taliban from Afghanistan following 9/11. He tells the story of that mission in his new book, “The Art of Intelligence: Lessons from a Life in the CIA’s Clandestine Service.”

Crumpton first applied to join the CIA at the age of ten! It took two more tries before he was accepted, the second being a walk-in to a CIA office in Rosslyn, Virginia, in his early twenties. His life with the agency has led him to conclude that, “As a nation, our collective ignorance of intelligence has undermined not only our intelligence capabilities, but ultimately the policy makers and citizens served.”

Secrecy is the DNA of the CIA and its occasional public failures such as the Bay of Pigs debacle get far more attention than its daily successes. The CIA shuns the media and does not rush to get in front of the cameras to beat its chest and trumpet its activities. It is not the FBI and it is not the Oval Office. It is a supplier to government and military “consumers” of the information it secures through clandestine methods. It does not set policy, but rather assists policy makers who do.

To understand the CIA better, I recommend Crumpton’s book. From his unique positions within the agency, he is an equal opportunity critic of the administrations he has served. A lot of what he reveals will make people in high places, past and present, unhappy, but this retired spy has served his nation well and continues to do so.

Thanks for the heads up on this book as I just ordered it on-line.